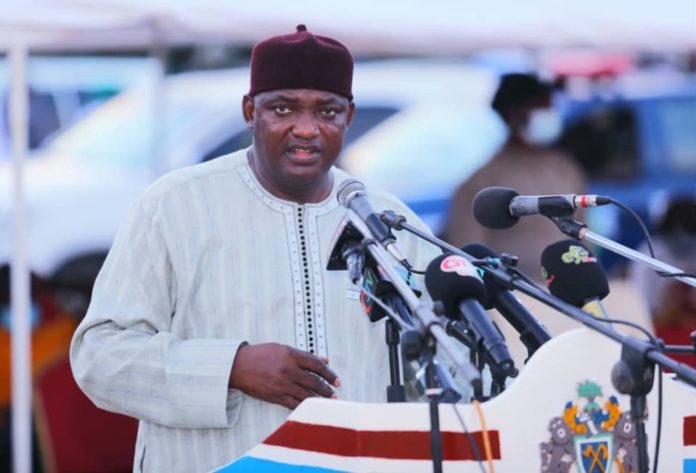 President Adama Barrow returns to Banjul on Thursday 23rd September, 2021 after a ten day ‘Meet the People Tour’ across rural Gambia where tens of thousands of members and supporters of the NPP and development partners accorded him unprecedented welcome ceremonies in fourteen meetings covering the North Bank, Central River, Upper River and Lower River Regions.

While in rural Gambia, President Barrow laid foundation stones for construction of numerous projects and delivered agricultural and other equipment to Gambians. These include community ambulances for the first time in the history of Gambia’s health care systems leading health experts to coin the phase “Barrow Care”.

Gambians, across all demographics hailed the Gambian leader for the unassailable development he ushered in rural Gambia which transformed the socio-economic well-being of the citizenry.

The unprecedented roads and bridges infrastructure covers Nuimi Hakalang, Sabach Sanjal, Lower and Upper Saloum, Nianija, Niani, Sami, Sandu and Wuli’s, Upper Fulladu, Jimara and CRR South as well as massive achievements in areas of Energy, Agriculture, water and fundamental rights. These significant milestones have won the admiration and endearment of rural Gambians who have all vowed to re-elect President Barrow on the 4th December, 2021 presidential election.

From Barra to Passamas and Koina to Kalagi, the turn out has been overwhelming. Political analysts and pundits argue that the massive support President Barrow enjoys is indicative of a grateful nation to an astute President who made promises and fulfilled them.

The now amazing ‘ring road’ adjoining four bridges that cost billions of Gambian Dalasis in URR has brought much pride to citizens most of whom see it as the product of a true son of their land. Majority of these constituents have promised to secure President Barrow a landslide victory come December as a symbolic gesture of their appreciation.

President Barrow is expected to depart Mansakonko by 12 noon and over hundred thousand members of NPP, APRC, NRP, PPP, NCP and GPDP are expected to accord him a rousing welcome at Kalagi Bridge and escort his motorcade to Banjul

Thousands of anxious people are expected to line up the streets from Kalagi leading in to Fonis, Kombos and Banjul. All are urged to come out on time .