3 Teenagers Under Police Net Over A 7 Million CFA Theft 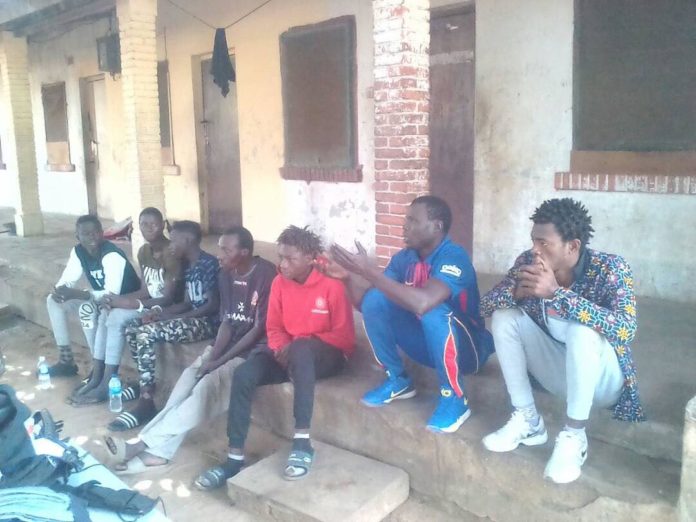 The Anti Crime Unit (ACU) of the Kairaba Police Station led by Chief Superintendent Gorgie L Mboob have arrested three teenage boys involved in stealing CFA 7. 5 Million, $1, 100 Dollars and other valuables from a shop in Bakoteh.

The alleged culprits are Omar Mbye 18 from Latri Kunda, Kebba Gaye 19 and Modou Nyahateh 20 a year old respectively from Mbayen Village in the Central River Region CRR. They allegedly used car jags to break doors and windows of their victims.

There is another arrest of two individuals, Ousman Mballow and Sulayman Trawalley known as ‘Gun Man’ who exchanged cannabis for a motorbike.

It is the second biggest arrest by the police after the arrest of  51 people at the Serrekunda Police Station in 2018.

The Police Spokesperson, Superintendent David Kujabi in his press briefing described the arrest of the teenagers as mind blowing and very sad, saying its not their first time as they have once stolen money and went through the back way to Niger in 2016.

He added that the teens have been breaking cars, stores and homes selling valuables to Fishermen at Tanji and at the border at Karang.

“The question every well meaning Gambian should asked is why so many of our young people are involve in crimes,” Spokesperson Kujabi said.

“We do not want to breed a society of criminals but a responsible society,” he added.

Superintendent Kujabi has said the culprits would be taken to court before 72 hours elapsed.