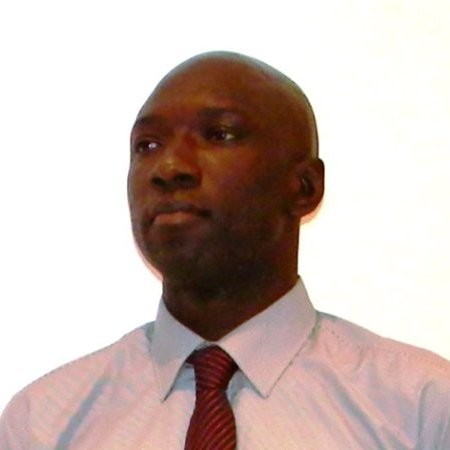 In a major development, President Barrow reshuffled his cabinet a little while ago. While there is a lot to be said about all the new and out-going ministers, I would like to focus on the Ministry of Finance. All ministries are important but this is arguably the most important one. It is particularly more so given the critical role of fiscal policy at this juncture in our economic development. For instance, the successful implementation of the National Development Plan (NDP), despite the importance of sector ministries, is also disproportionately under the Ministry of Finance.

This means that the individual appointed to head this ministry is absolutely important, as his decisions will have profound effects on our economic lives for years to come. The minister must be able to steer the government’s development program in a discipline and coordinated way. He must ensure that an effective team that is based on competency rather than tenure is in place. The NDP is after all just a mere document – any half-competent consultant can come up with one. What really matters is its implementation.

The effective implementation of the NDP would depend on whether the much-hyped pledges made by our development partners are actually disbursed. The disbursements of the pledges would ultimately depend on the implementation capacity at all ministries but more so at the Ministry of Finance. Without a capable minister, there will be no capable ministry. An incompetent minister in charge of a well-staffed ministry would be akin to throwing a wrench in an otherwise well-functioning machine.

It is sometimes challenging to assess the suitability of an individual for a post, especially when the individual’s public record is limited. In the case of Mambury Njie, this assessment is fortunately made easier since he is an individual with extensive public record, which can be compared with the requirements of the office he is recently appointed to.

Before going into Mambury’s track record, it is worth quickly looking at the point frequently raised by many individuals in his favor. This is the story that Mambury Njie advised Yahya Jammeh against the execution of 9 prisoners on death row in 2012. According to the story, Jammeh was so unhappy about this advice that he sacked Mambury. As everyone knows, the execution of those 9 individuals ended up taking place.

At first glance, this seems like a positive story. But on a closer examination, this story is more worrying than a being a mitigating factor for having faithfully served Jammeh in various cabinet positions. Bad as those executions were, they were not the only terrible deeds by Jammeh. Where was Mambury’s sage advice when the Jammeh regime executed 14 students? These students did not even have the benefit of being tried or convicted. Where was Mr. Njie’s counsel to Jammeh when the dictator was forcing scores of people to drink deadly contortions in his infamous hunt for witches? Where was Mr. Njie’s conscience when Jammeh was effectively sentencing people to their deaths by forcing them into bogus HIV treatments?

The story of Mambury advising Jammeh against executing the prisoners only looks positive when viewed in isolation. Assessed against the known realities of the Jammeh’s regime, it demonstrates not only a surprising level of naivety for someone who worked closely with a dictator for a long time but also a lack of judgement. An appropriate demonstration of judgement or fortitude would have been Mambury resigning in protest rather than being dismissed. One is left to wonder whether Mambury would have faithfully continued to serve Jammeh until the very end if he had been given the chance. The fact is that Mambury served at the highest levels of the Jammeh regime in multiple positions for a long time despite being aware (or should have been) of most of the important events that transpired. What this means is, by and large, Jammeh was satisfied with the role he tasked Mambury. In a nutshell, there is nothing positive about how Mambury served Jammeh or how his tenure ended. Jammeh sacked many close confidants after all. How and why those confidants were dismissed by the former dictator provides scant mitigating factor for their choice of abetting him.

At this point, some Mambury supporters would still claims that simply serving in government during under Jammeh should not be too damning. After all, many Gambians did. But there is an important distinction between high-level political appointments and other technical or bureaucratic posts. Serving in the cabinet is a choice that individuals make. Most cabinet positions are political appointments, while low and mid-level bureaucrats are civil servants whose positions are apolitical. Serving in cabinet requires a certain embrace and ownership of government policies and actions that does not extend to civil servants.

Delving deeper into actual track record, what can we say about Mambury accomplishments as a long-term cabinet member under Jammeh? Focusing on his role as a Minister of Finance, do we any information on actual accomplishments in pertinent areas such as public finance management, public expenditures, budget discipline, domestic resource mobilization or overall fiscal policy? Were there any substantive and enduring reforms he instituted during his cabinet and diplomatic posts? Judging by available record, financial mismanagement, excessive expenditures and pilfering our national treasury by Jammeh continued apace. As a result, we accumulated unsustainable levels of debts, the effects of which we continue to suffer even today.

What about Mambury’s track record since being appointed the Managing Director of The Gambia National Petroleum Company (GNPC)? A major, unresolved controversial case happened under his tenure there of less than 1 year. GNPC purchased a piece of land in Banjul for 17 million dalasi. There are 2 major problems with this purchase. One was whether that piece of land was properly valuated to deserve such a price. The second was whether Mambury followed proper procedures in finalizing the transaction before informing the Board of GNPC. For such a major transaction, proper financial analysis should have been done to ensure that the expected financial returns in the future justify the cost today. There is no evidence that this was done or shared with the board of GNPC at the time of the land purchase. I leave it to the reader to determine if this case demonstrates sound judgement or the ability to effectively manage a public institution.

To recap, Mambury took no particularly courageous stance during the Jammeh regime. His actual track record as a cabinet minister under Jammeh showed no accomplishments as far as I am aware. And a major scandal has marred his short tenure at the Managing Director of the GNPC.

So, given the importance of the Ministry of Finance, and the challenges we face, is Mambury Njie the best individual for this key ministerial post? Would Mambury Njie be a steward of sound economic management, including the re-allocation of budgets which will result in both winners and losers? Can Mambury be counted upon to make tough decisions and provide sound advice to the president even if it is politically unpopular? Would Mambury be able to oversee the staffing of key technical posts in the ministry with competent people?

The answers to these questions will have profound implications for our development for years to come. Most urgently, the NDP could easily go the way of the Programme for Accelerated Growth and Employment (PAGE), the failed predecessor of the NDP. As mentioned earlier, a lot of our development partners have made pledges to help us finance the NDP. But these are mere pledges, not commitments set in stone. For the pledges to materialize, sound economic management and prudent fiscal policy are absolutely necessary. It requires a ministry of finance that has competency at the very top.

In principle, there is nothing wrong with recycling ministers from previous governments. For one, they would come with some experience. And there were in fact some individuals who served at the top of the Jammeh regime that are not only competent but had actual accomplishments to their names. However, bringing back individuals for the simple reason that they have experience in specific ministries is worse than appointing inexperienced officials. Mere experience in the absence of demonstrated capacity or actual accomplishments should disqualify candidates. If development is the goal, individuals’ capacity and actual history of accomplishment should be the most important factor.

It is high time that the country appreciates the issue of capacity in a serious way. This means having the best individuals in important positions. This also requires having minimum standards of qualification. Comparisons such as whether this new minister is better than the previous one does not help matters when both ministers may not meet minimum standards. Without setting minimum criteria to be met, capacity issues will hobble our development challenges.  And it must be emphasized that capacity is not the same as experience. While it is impossible to fill every position with highly qualified candidates given our poor country status, we can do much better than we are currently doing.

Brief Bio: Ousman Gajigo is a development economist by training. He has held positions with the African Development Bank, the UN, the World Bank and Columbia University. He holds a PhD from the University of Wisconsin – Madison, USA. He is currently an international consultant and also runs a farm in The Gambia.