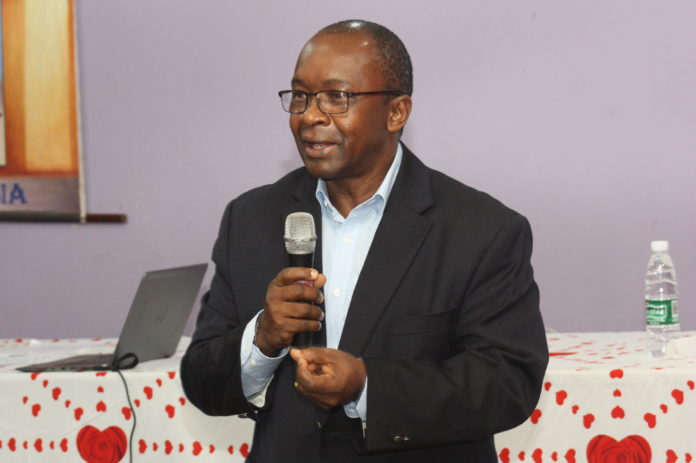 Briefing journalists at a news conference held at CRC secretariat in Kotu on Wednesday, the CRC Chairman, Justice Cherno Sulayman Jallow, said the in-country public consultations will be done in phases at district and ward levels with a view to engaging the populations and thus, make the process as inclusive and participatory as possible.

The public consultations, he added, will involve, among others, inviting written contributions, responses to questionnaires, focused and thematic reviews, face-to-face dialogue and contributions through the CRC website which is under construction.

The public consultative process would also incorporate the views and aspirations of Gambians living in the Diaspora and it will cover some countries in Africa, Europe, Middle East, some states in the United States of America as well as Canada.

“As a safeguard and with the objective of ensuring that all Gambians and each community has the opportunity to express opinion on the constitution-making process, we are considering providing a separate platform whereby persons and communities that feel that their views may not have been properly or adequately represented at the public consultations to seek special audience with the CRC and we will do our best to accommodate them,” he assured.

The chairman announced that the Commission and National Council for Civic Education (NCCE) will start a civic education tour on Wednesday, 24th October, to prepare the regional communities and set the ground and the tone for the public consultations to follow.

Justice Jallow said the Commission has deployed 12 regional coordinators to their respective regions to commence their regional work and prepare the ground for the CRC-NCCE civic education tour and the CRC public consultations.

The chairman said the CRC with the cooperation of the National Council for Civic Education, embarked on a nation-wide pre-consultation tour covering all of the seven administrative regions in The Gambia as part of its strategic objective of ensuring a positive and meaningful engagement with Gambians.

The CRC has published an Issues Document as part of our engagement process with the Gambian public and other stakeholders.

Justice Jallow said the Issues Document has been designed and developed by the Commission to initiate dialogue on key constitutional matters which Gambians and other stakeholders may wish to address their minds to.

He noted: “I should point out and emphasize that the Issues Document should not be taken or viewed as constraining the thoughts of Gambians and other stakeholders as regards the issues that should be considered in developing the new Constitution for The Gambia. Rather, the Document must be viewed simply as a guide in initiating dialogue, and we welcome further thoughts not addressed in the Document.”

In addition to the Issues Document, the chairman said the CRC, partnering with International IDEA, is developing a questionnaire which will be used to carry out a survey on key issues of constitutional law.

He added that the questionnaire, a draft of which is currently reviewed and finalized, will map out in simple form issues that require positive or negative responses and, in a few areas, require only brief responses.

While seeking the public’s cooperation in facilitating responses to the questionnaire, the chairman hoped that the method will further enable the CRC to make an objective assessment of the interests and aspirations of the Gambian people towards the constitution-making process.

Speaking on challenges, Justice Jallow said securing adequate financial resources has, unfortunately, become one of the biggest challenges the Commission is currently grappling with as it endeavors to implement its Action Plan, carry out interface consultations with the Gambian public at home and abroad and run the Secretariat smoothly.

Considering the short window of eighteen months within which the CRC is to deliver on its mandate, the chairman said it is crucial that the Commission’s work is not hampered by unnecessary bureaucratic processes and procedures which have the potential to slow down the progress of the Commission’s work.

Justice Jallow reiterated that the constitutional review process is open, transparent and impartial and that the process will be guided by the principles of participation, inclusiveness, representation, transparency and national ownership.