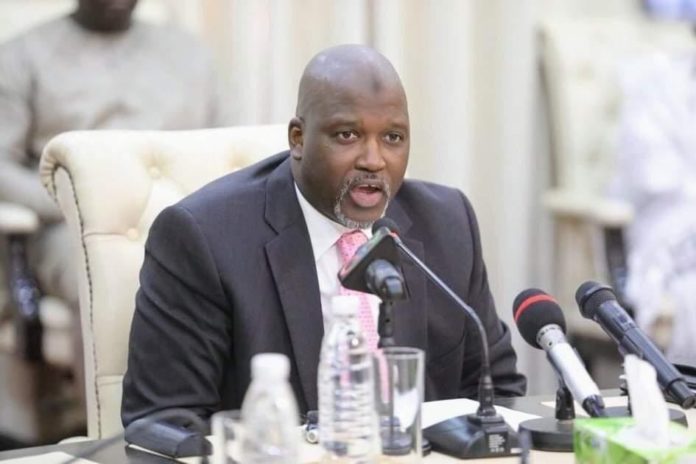 Ousman Rambo Jatta has vowed to stop Abubacarr Tambadou from leaving the country as the former attorney general prepares to leave for his new role in The Hague.

Mr Tambadou last week announced he was stepping down as the country’s attorney general. He had been in the role for three and a half years.

APRC has remained Mr Tambadou’s biggest nemesis as he led vast efforts aimed at keeping former president Yahya Jammeh accountable for his crimes. The former attorney general once daringly vowed he was going to personally prosecute Jammeh if he ever stepped foot in The Gambia.

Last Friday, he admitted however his ‘principled’ position against Mr Jammeh has not endeared him to the former leader’s supporters, as he spoke for the last time as attorney general.

The party’s deputy interim leader Ousman Rambo Jato Jatta in a message to all APRC supporters said they are going to deal with the outgoing attorney general.

Rambo said in an audio message obtained The Fatu Network: “All APRC militants, I advise you to be on stand-by. Ba Tambadou is not going to leave the shores of The Gambia without telling us where the assets of our former president is.

Rambo’s comments come as Mr Tambadou said at the national assembly on Monday there are some people who want to conduct a citizen’s arrest on him. He did not elaborate.