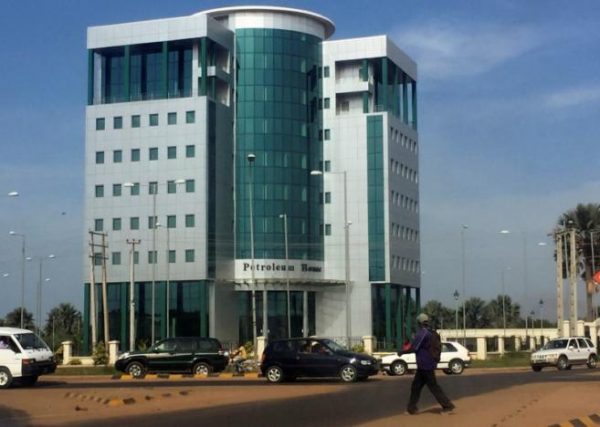 A local supplier has written to The Fatu Network accusing The Gambia National Petroleum Company (GNPC) of serious corruption practices. Below, we produce the letter from the said supplier and a reaction from GNPC after The Fatu Network contacted them for their side of the story

I am one of the hardworking Gambian suppliers who has put in a bids for GNPC furniture for Petroleum House and I have been surprised at the level of corruption in that organization headed by the very corrupt aide of the former dictator, who is no other person than Mambureh Njie. Pa, I was very surprised at first until I remember this is the former Jammeh SG who is used to such corrupt practices under his former Boss. I will not blame him but the current government for recycling such stinky potatoes back into the government.

Since October, my company put in a bid for a major project worth tens of millions of Dalasis for the furnishing of Petroleum House which was advertised in the papers. It is now March, 5 months later and we have heard nothing from GNPC about the position of the contract. They have not written to us or even return our bid security.

Sir, which bidding process takes 5-6 months for you to explain?

All of us who bided knows that it is because their preferred supplier who they made a deal with could not be given the contract because they will be exposed. We make noise about this to many people in the government and the Ministry, and it reach their ears so they decide to let it cool down hoping that we will forget but I am letting them know that there will be no retreat or surrender.

When my company receive this strange letter and replied that of course our prices, we did our investigations and contacted the other suppliers and find out that we all stick by our initial price except one company who they already had a deal with to increase their price by one million dalasi under the excuse that this was the transportation cost?

We also found out that this one million dalasi was to be the ‘cut’ the cut for former hungry baboons of Dictator Jammeh who wants to make GNPC their Banana farm (Mambureh Njie and his Finance guy Amadou Jobe).

Sir, this is illegal and against GPPA in the Gambia. Everyone knows that you cannot increase your price after your bid has been opened. These peoples did not just increase the price but they went on and recommend to give the contract to that company.

To my surprise one of our contacts told us that until we were prepared to give a cut of more than the one million dalasi already offered and accepted, we cannot have the contract. We refuse because this is New Gambia and corrupt people like Mambureh Njie cannot spoil the Gambia durig Jammeh’s time and still continue to spoil the government of Adama Barrow too. We are hardworking Gambians who deserve to win contracts in a fair and balance way without taking millions out of our hard owned monies.

Sir, this is daylight corruption and bribery and need to be exposed.

The Gambia National Petroleum Corporation (GNPC) wants to clarify that the Corporation has not awarded the above-mentioned contract for the furnishing of the Petroleum house to any supplier.

It would be recalled that this procurement process started in October 2017 for the above-mentioned contract however, there are procedures that need to be followed before a contract can be finally awarded to the most responsive bidder and it was the same procedures which were followed.

The reasons given for disapproval of the evaluation report by the Major Tender Board(MTB) were the following observations:

Finally, The Gambia National Petroleum Corporation(GNPC) has not awarded any contract to any supplier for the furnishing of the Petroleum house based on the advised from the Major Tender Board.