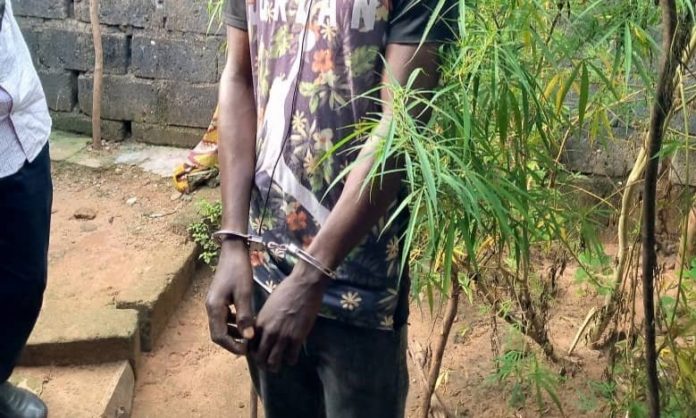 The Drug Law Enforcement Agency has announced the arrested of four people over cannabis possession.

A statement by DLEAG on Thursday reads: “DLEAG operatives stationed in the West Coast Region apprehended Modou Alieu Barry, a Conakry Guinean National with three (3) big plants of suspected Cannabis Sativa. He was arrested on the 13th October 2021 around 17:00 hours GMT onwards at his residence in Brikama Gidda. The said suspected cannabis plants were discovered in his backyard toilet.

“In a similar but separate development, Bubacarr Jallow, a Gambian national and a resident of Gunjur was clutched with two (2) medium bundles and fifteen (15) parcels of suspected Cannabis Sativa while Abiola Thomas, A sixty (60) years old, Gambian National was arrested with three (3) big bundles of suspected Cannabis Sativa at the entrance of Mandinaba, West Coast Region. All the suspects are in custody while the investigation into the matter continues.”