The Gambia went to the Polls on Thursday to vote for new Parliamentarians, four months after the defeat of long time ruler Yahya Jammeh whose APRC party has ever dominated the National Assembly in his 22 years tyrant rule.

According to Chairman Njai, from the results received from the seven (7) returning officers in the fifty-three (53) constituencies in the National Assembly elections of April 6 2017, the UDP won with 31 seats, gaining the majority in the new National assembly.

Chairman Njai rates the voter turn-out at 42 per cent.

Meanwhile, a total 886,000 where registered to vote in the elections, according to the Independent Electoral Commission (IEC).

A total of 239 registered candidates representing 9 political parties and Independent candidates were contesting for the 53 seats in the country’s Parliament. 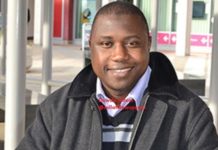