UDP DIASPORA STANDS IN SOLIDARITY WITH YANKS DARBOE & HIS CO-ACCUSED 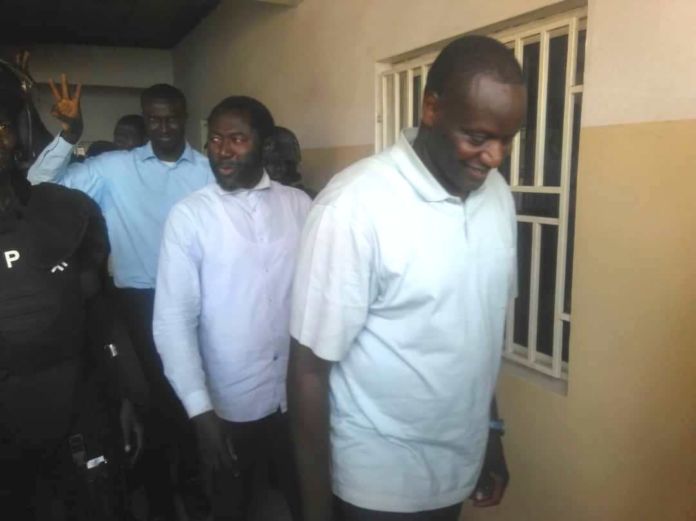 The United Democratic Party [UDP] Diaspora vehemently condemns the disproportionate use of force against lawfully assembled protesters who gathered on January 26, 2020 after the Inspector General of Police had issued them a permit, and the disproportionate charges preferred against them following their arraignment in the Kanifing Magistrates Courts. Consequently, the diaspora unit of the UDP without reservations, stands by and in Solidarity with the accused particularly its UK constituent member, Mr Yanks Darboe,the 7th accused of the 3 Years Jotna Movement’s executive.

Persons of conscience do not wait and watch injustice, oppression and repression erode their fundamental rights and freedoms and not lift a finger. They do not allow fear of government excesses and its consequences paralyze them to look the other way. Yankuba Darboe embodies that.

It is not lost on any Gambian that Mr Darboe was a strong, recognizable rights defender and activist who was very instrumental in the protracted fight to oust dictatorship, restore rule of law and good governance in the Gambia. As citizen and human rights lawyer, Mr Yanks Darboe had consistently challenged Government excesses with footprints and scars to show for it. He stood up and against abuse of power, state brutality and unjust treatment of citizens irrespective of political, ethnic and religious belonging. He invested his time and resources in ushering in this Government. To see his own Government target and punish him for no just reason, is a shame and indictment of the President who campaigned and won elections on the sweat and blood of victims of oppression barely three years ago.

Most importantly, Mr Yanks Darboe and his co-accused are victims of political vindictiveness. However much one might have disagreed with the movement, let’s not forget that they were not born out of a vacuum. The essense of their cause was to hold politicians – in this case the President – to account for a covenant he had with the Gambian voters to end self-perpetuating rule. It would be redundant narrating how we got here but our very recent history should teach us that the silence of our majority enabled the dictatorship. If there’s one thing that we must learn as a people and country is to resist the emergence of any authority that would curtail or confiscate any of our freedoms and right to dissent, especially.

The UDP Diaspora is reaffirming its National Executive’s position in demanding that these frivolous charges be dropped against peaceful protesters while advising the State to resist any temptation to misuse and abuse its powers. What had happened on January 26, 2020, was reminiscent of President Jammeh’s repressive modus operandi, and it brought back the painful memories of brutal murder of Solo Sandeng and the rights violations that followed. The country has chosen to adopt a ‘Never Again’ slogan with a resolve to never allow dictatorship rear its head again. We implore the President and his Government, especially the security forces to commit themselves to the collective aspirations of Gambians in realizing a free democratic Gambia where all rights are responsibly and deservedly exercised without inhibition.

Free Yanks Darboe and his co-accused.