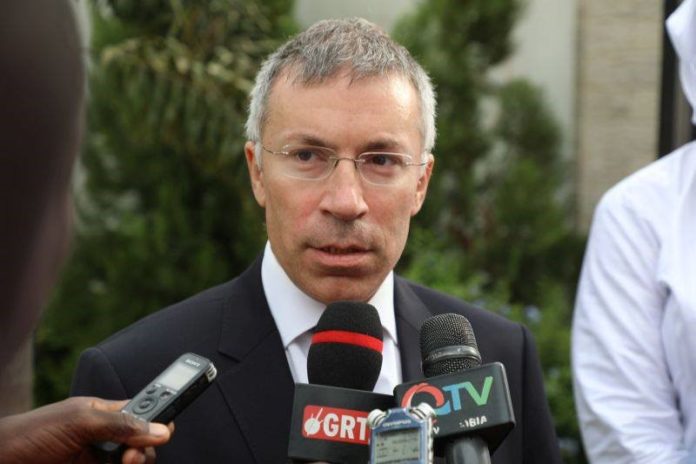 Tuesday 15 July marks four years of an attempted coup on the rule of Recep Tayyib Erdogan, an act that shocked the world. In the Q&A below, Turkey Ambassador to The Gambia Tolga Bermek responds to questions regarding the coup.

What sort of organization is FETO?

Amb Bermek: Fetullah Terrorist Organization (FETO) is an armed cult of fanatics led by a retired imam Fetullah Gulen. To judge the deeds of Fetullah Gülen and FETÖ only with what transpired on July 15th would be a mistake. The crimes committed on the night of 15 July 2016 were just the tip of an iceberg. Fetullah Gülen and his followers disguised themselves as a benign education movement in the 1970s, when they started the campaign of establishing schools in Turkey and later around the world. In terms of their reach, they were unprecedented. Through these schools, they carried out an infiltration campaign where kids and their parents were recruited with the seemingly innocent promise of a better education and a good job.

The first stage was brainwashing young minds at their private schools through so-called training activities. They used to indoctrinate large groups of radical followers to make them carry out the instructions of the organization’s leadership unquestioningly by violating all legal and moral norms. The followers believe that Gülen is the “Messiah” and that they are the “golden generation”.

His students were also told that, to achieve their main goal of taking control of the state, they should remain hidden and they could eschew all ethical, religious or personal beliefs. Attaching great importance to confidentiality in its structure, and calling the confidentiality as a “precaution”, the organisation gives “code” names to its members apart from their real names to ensure secrecy. In this way, this is a unique and peculiar armed terrorist organisation where its lower level members know each other by their code names and which has a “cell-type” structure.

For decades Gülen directed his followers to infiltrate all critical state organs, such as the police, the judiciary and the armed forces. Towards this goal, they started to infiltrate the most critical institutions of the State through mass-scale exam cheatings. FETÖ affiliated students were provided with the answers to entrance exams. There are currently many investigations into mass-scale exam cheatings in Turkey, including the Police Academy entrance tests, the Centralized Public Service Admission Tests, Military Schools and other governmental jobs.

The handlers of those FETÖ members staffed at critical governmental posts kept their indoctrination up-to-date and passed on the instructions of FETÖ. As civil servants or military personnel, FETÖ members’ loyalty was not to the nation or to the state they served. They did not care about upholding the constitution or the legal system of the country.

By the time, FETÖ strengthened its economic and political influence by abusing the State’s resources and authority for the vile interests of the organization, an organization which once disguised itself as an education movement gradually turned into a secretive operational structure aiming to transform the society by taking control of the Turkish state from within. This is what we used to call “parallel state structure”.

It has evolved as an extensive organization with huge investments in education, media and economic interest in a wide range of areas. In the international arena, it used to show itself as a representative of moderate Islam by claiming a global messianic mission, depicting Fetullah Gülen as the “Imam of the Universe”. By hiding their real intentions, they tried to take full control of the state.

The organization also established media houses to shape the public opinion for and against any person, group or idea. Many people in Turkey who saw the organization for what it really is got lynched through these media houses. These media houses became the focal point of actions taken against journalists, academicians, bureaucrats and military officers who opposed them, or tried to expose them. They were lynched and purged.

The heinous coup attempt of 15 July was the most final, heinous and bloody attack of FETÖ for achieving their goal.

How did the coup process start?

Amb Bermek: Gülen is the mastermind behind what happened in Turkey on July 15th, 2016. In the evening of 15 July 2016, the Bosporus Bridge traffic was closed by his disciples within the armed forces with tanks and trucks. 30 civilians were killed on the bridge. They also targeted several media organizations such as public broadcaster TRT, its English version TRT World and CNN Turk.

Incidents in the touristic resort town Marmaris was serious. They tried to assassinate our President Recep Tayyip Erdogan, who was staying in a hotel at that night. Two police officers were killed by helicopter bombing.

Ankara, our capital city, witnessed tragic events at that night. Civilians who gathered outside the General Headquarters to resist the coup attempt were attacked by gunfire from helicopters. They attacked the Prime Minister’s vehicle and air-bombarded the Grand National Assembly. Some police officers and parliamentary staff were wounded. However, the General Assembly of the Parliament did not stop its ongoing session despite the bombings.

On the other hand, other government offices such as the Gendarmerie Headquarters, Special Operations Headquarters and headquarter of the National Intelligence Agency, The Ankara Police Department were also attacked. Putschist soldiers attempted to cut off internet and media up-links by attacking Turksat, Turkish provider of satellite communications.

But, I want to underline that, the perpetrators of this attempt were just a small group in the army. Considering that the Turkish Armed Forces is the second biggest army in NATO after US, we should say that the main body of the army played a key role in supression of the coup attempt.

Were you aware of existence of this group in the army before their coup attempt?

Amb Bermek: Actually, FETÖ was designated as a terrorist organization in 2014 by the Government and a strategy was adopted for tackling the organization as a matter of national security.

Consequently, the Military developed a strategy to remove FETÖ-linked officers from the ranks. The biggest blow to FETÖ soldiers was intended to be the Military Council meeting of August 2016 which had planned to formalize more discharges.

July 15th was plotted at the time when the Government had discovered and listed most of the so-called military personnel who were actually recruits of FETÖ and thus was getting ready to dismiss them. In other words, July 15th was a desperate final move of Fetullah Gülen and his followers to keep their control in place in Turkey and capture the state.

What happened after the coup attempt? What kind of steps were taken by your Government?

Amb Bermek: Four important years have passed since the 15th July coup attempt carried out by the FETO terrorist organization.

At the first stage, we brought the perpetrators of the 15th of July coup attempt to justice on the basis of the rule of law. During extensive administrative, criminal and judicial investigations, prosecutors have gathered crucial evidence pointing to the unmistakable imprint of FETO behind the coup attempt. Thousands of officers confessed their affiliation with FETÖ.

The Turkish authorities have also managed to decode encrypted communication systems such as “Bylock”, “Eagle”, etc. used only by FETÖ members. Actually, that was the biggest breakthrough enabling the police to better identify FETÖ members who have infiltrated the state institutions and to illuminate their illegal activities.

We unveiled FETO’s organizational structure within governmental institutions. Administrative and judicial procedures have been initiated against FETO members and hence the “parallel state structure” has been brought down. Apart from those within the governmental institutions, FETO’s attempts to spread across all areas of the economy via its shell entities, particularly in the education, media and banking sectors, have been thwarted.

Amb Bermek: How was the reaction of the international community to this bloody coup attempt?

During the earliest days, there were different reactions to the coup attempt. Some countries waited too long to make statements against this bloody attempt.

But, I would like to extend our gratitudes and appreciation to The Gambia for its valuable support from the very beginning of the events. As the Ambassador, I am proud to serve in The Gambia which is the first country in Africa to expell FETÖ members from its territories and close their so-called school even before the coup attempt, in 2014. This decisive step of The Gambia has been taken as an example by many other countries afterwards.

Now, the international community gradually understands that FETÖ is not a social movement that engages with education and charity, contrary to the way it tries to portray itself, but rather a dark and insidious organization with political and economic ambitions. Countries that have investigated and monitored this group have often founded that they are involved in an extensive list of crimes such as money laundering, intimidation, bribery and passport/visa fraud.

The awareness raised regarding FETO in third countries has also stimulated closer monitoring and investigation of the activities related to these elements by the officials of some countries. Unlawful acts carried out by FETO-affiliated organizations have thus been revealed in various countries.

FETÖ affiliated schools and education centers in 38 countries were closed down or taken over by the relevant country. In 20 of these, the affiliated schools and education centers have been transferred to the Turkish Maarif Foundation. Also, Turkish Maarif Foundation has opened schools in 22 countries. They also have a very modern and well-equipped school in The Gambia.

The last thing I want to underline is that, FETO still poses a threat to the security of other countries where it remains active. We therefore continue to warn our friends against this structure and thus we are satisfied with the rising awareness against this group as a consequence of our efforts. We really appreciate that The Gambia was one of the first countries in the world which noticed this threat.

Editor’s note: This Q&A was conducted by the Turkish Embassy.