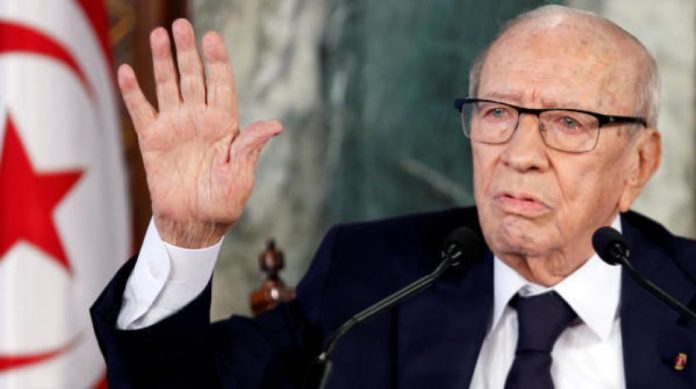 Tunisia’s 92-year-old president, Beji Caid Essebsi, who helped guide the north African country’s transition to democracy after a 2011 revolution, has died, the presidency said on Thursday.

A leading figure in the country’s fortunes since 2011, Essebsi was hospitalized late last month and spent a week in hospital after suffering what authorities described as a severe health crisis.

“On Thursday morning, the President of the Republic died at the military hospital in Tunis … The burial ceremony will be announced later,” the presidency said in statement.

According to the constitution, the speaker of parliament will temporarily serve as president.

Essebsi has been a prominent politician in Tunisia since the overthrow of veteran autocrat Zine El-Abidine Ben Ali in 2011, which was followed by uprisings against authoritarian leaders across the Middle East, including in nearby Libya and Egypt.

Drafted in as prime minister in 2011 after Ben Ali was toppled, Essebsi was elected president three years later, becoming the country’s first directly elected head of state after its “Arab Spring” uprising.

Parliamentary elections are expected to be held on Oct. 6 with a presidential vote following on Nov. 17. They will be the third set of polls in which Tunisians have been able to vote freely following the 2011 revolution.

In a statement, the presidency called on Tunisians to unite and safeguard their country’s present and future. (Reuters)