The Gambia’s Nelson Mandela or Donald Trump? It’s Time for Lawyer Darboe and the UDP to Move On! 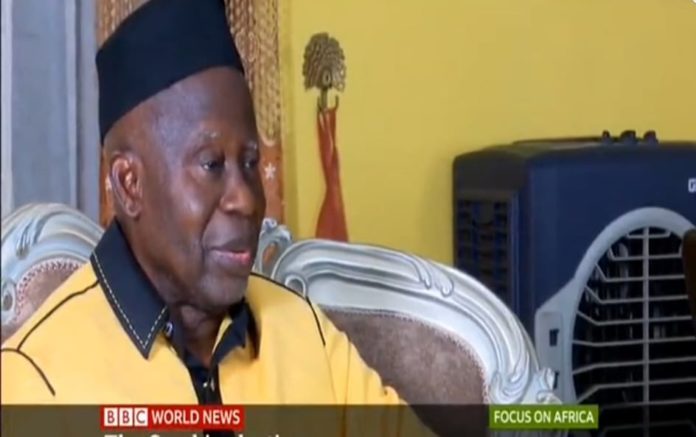 The Supreme Court has dismissed the UDP’s election petition. Since Supreme Court decisions are final and cannot be appealed, Lawyer Darboe needs to make a concession speech and allow the nation to move on. It’s the honorable thing to do. In Mandinka we say, “Mbirri baa daa kenseng buka boye”, which loosely translates to “a big wrestler does not fall with an empty mouth”. It means a prominent fighter will always have excuses or try to explain away his defeat. For many years, members and supporters of the UDP have been boasting that they are the biggest opposition party in the country.

It was therefore no surprise that after President Barrow’s unprecedented victory in the December 4th elections, the party found it difficult to accept the results. Barrow won 53% to the UDP’s 23 %. In true “Mbirri Baa” fashion, UDP’s leader, Lawyer Darboe partnered with Yaya Jammeh’s surrogate, Mama Kandeh, along with independent candidate, Essa Faal, to jointly reject the results. A day later, Faal did a “turn around” and conceded.

Darboe remained defiant and proceeded with a petition to the Supreme Court claiming, against reports by both local and international elections observers, that the elections were neither free nor fair. We live in a democracy and parties have a right to contest results if they feel wronged. Of course, feelings alone are not sufficient to overturn elections. Petitioners need to provide evidence to prove their case before the results can be invalidated.

The first eyebrow raiser was that the party failed to petition the Independent Electoral Commission (IEC), or the winning party (NPP). People were surprised that the petition only named Adama Barrow, the individual. It was only after observers pointed out this strange action that the UDP amended their petition to add the IEC and later the NPP. This apparent oversight lent credence to the notion that the petition was more of a fishing expedition than a serious contention to the results.

Many also found it strange that the UDP advised its supporters to not discuss the petition or its merits. This was strange because a petition of such nature is not only a legal battle but also a battle of public opinion, and so it was confusing why the party would not be doing everything it could to win in the court of public opinion. Still, Gambians gave the petition a chance and waited for a verdict from the nation’s highest court.

Tuesday, the Supreme Court of The Gambia dismissed the petition on the basis that the petitioner had failed to follow proper procedure in their filing. The court also ordered the UDP to pay a D100,000 fine. In his reaction to the verdict, Lawyer Darboe remains defiant that he does not consider the dismissal a loss because it was based on a technicality rather than the merits of its claims. Personally, I find it curious that the UDP, with all the experienced lawyers in its ranks, including party leader, Ousainou Darboe, and party spokesperson, Almami Taal, did not know the laws governing election petitions. I would also not be surprised if the “error” in their filing was conveniently ignored just so they can make this claim (that it was only thrown out on technicality rather than merit) knowing that there was not enough merit to make convincing arguments had the case gone ahead…but that’s just the cynic in me, so I digress.

In addition to Darboe’s reaction to the dismissal, I came across a second reaction from a UDP official that caught my eye. This one was asking for the UDP to take their petition to the ECOWAS court. Although this is not (yet) an official party position, the fact that it’s from a party official makes it noteworthy. I’m sure the party knows that taking the petition to ECOWAS would be an exercise in futility, so I have no doubts that it’s mere face-saving rhetoric. However, I would like to point out that such rhetoric coming from party officials can have dire negative consequences, so the UDP leadership needs to cut it out clearly and forcefully.

For years, UDP supporters have seen Lawyer Darboe as The Gambia’s Nelson Mandela. While it’s debatable whether he is worthy of the comparison, even Darboe’s harshest critics cannot deny that he was jailed by a dictator for political reasons, and that parallel provides some basis for the Mandela reference. With that said, I would also like to point out that Mandela was not only known for his prison sentence.

Of equal significance to his legacy was his ability to put the country first and work on reconciling with his opponents in the interest of national unity. Democracy rests on a foundation of trust in the electoral system and processes. One of the fundamental pillars of a functional democracy is the loser(s) conceding defeat, congratulating and recognizing the winner. This allows the nation, especially their supporters, to accept the elected winner so that the country can move forward in peace. Failure to concede and continuing to undermine the legitimacy of the elections even after they have exhausted all legal recourse is undemocratic and irresponsible.

Now that the Supreme Court has dismissed his petition, Darboe owes it to his supporters and to the nation to do the right thing – issue a public concession. Failure to adhere to this basic tenet of democracy tarnishes his legacy. Rather than his desired comparison to Gambia’s Nelson Mandela, history is bound to remember him as The Gambia’s Donald J. Trump.