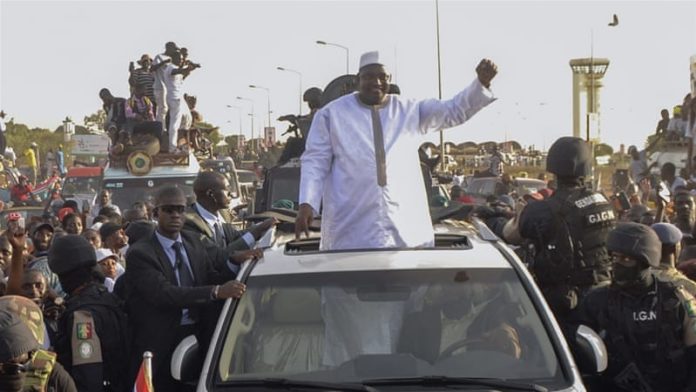 It has been exhausting, to say the least, trying to keep up with Gambian politics. Sometimes it feels like we’re in the 12th round of a Muhammad Ali boxing match where he has been playing the rope-a-dope trick. You know you’re left with no energy to fight back, but there’s nowhere to escape to. Blow after blow you grunt, wondering which one will finally knock you out. Not least because this government came in with the highest level of expectations, support and GOODWILL. Gambians, and the international community, had had enough of the previous regime and everyone rallied behind this new leadership ready to work. “Gambia Has Decided,” we said, about 2 years ago. “Golo waachal gaindeh aik!” Remember the images of people coming out in their numbers to welcome President Barrow from Senegal? Even the rats and cockroaches came out to the road.

Fast forward 2 years and most of that euphoria has turned to despair. Now what you see is “we are doomed!”…even…”there’s no hope for our future.” Some even go as far as comparing this admin to the previous one …”these people are worse than Jammeh,” some will cry. I completely understand the feeling. I’ve been there many times.

Now although I understand the disappointment and hopeless feeling, call me crazy, but I do not agree that things have gone backwards, or even remained the same as they were during the previous administration. Overall, I think we have come a long way, and that things are getting better in terms of democracy and governance. No, I am not on any intoxicants and this is no joke. I mean it. We just need to put things into perspective. Consider that The Gambia has only known administrations under the British colonialists, a 30-year Jawara “democracy” that was pretty much a one-party rule, and an authoritarian APRC rule of 22 years. As a result, we are only now learning about good governance and being accountable. While it was nice and good to have those lofty expectations that kicking out Jammeh would immediately usher in an era of good governance, it was also naive to think that it would come that fast or that easily. The adage is that “Rome was not built in a day,” so why did we think Gambia can be built in a day?

By no means am I suggesting that the Barrow government’s excesses and mismanagement is to be accepted or excused. Far from it! My point is that it is natural that they want to govern in the same manner they observed their predecessors govern – corrupt, tyrannical, flippant, nonchalant…you name it. While accepting or excusing it is not an option, neither is throwing our hands in the air and crying that we are doomed. The solution is to consider this as a part of our growth and development. Barrow and his government will push the limits and see how much they can get away with. They will take as much yardage as Gambians will allow them. This is a time for Gambians to push back and show this and any future governments that power indeed belongs to the people, and that Gambians will no longer sit back and watch the people we elect and pay rule over us like subjects in a monarchy. Every government action needs to be met with an equal and opposite reaction. The government will use every trick in the book – intimidation, propaganda, marketing, bribery – anything they can, to silence critics, so they can get their way. Citizens must be equally ready to use every available tool – speaking, writing, demonstrations, public outcry, propaganda, naming and shaming them, voting, protests, strikes – to DEMAND, not ask, for accountability and good governance. We must show them that we have greater resilience and will than them, and that power indeed belongs to the people.

Going back to my point that things are indeed improving, the improvement is relative to where we were less than two years ago. The fact that we are now having these relevant conversation about national matters, not just by Gambians living abroad on social media, but by Gambians in offices, at rallies and symposia on the ground in  The Gambia IS progress. The fact that the doctors went on strike, the teachers went on strike, #Dafadoy held their demonstration, that the journalists on the internet, radio and television, ask government officials, including the president, tough questions, IS progress. The fact that citizens cried foul and forced the government to rescind the pardon of the pedophile shows that our voices matter. The fact that state house released statements (even if it’s flimsy), trying to explain the D11Million donated to pilgrims, or trying to spin the D10,000 donated to National Assembly members, shows that our voices matter!

What time is it?
It’s time for every Gambian to ignore the apologists and critics who tell you that we complain too much, or ask where were you during Jammeh, or call you jealous, a hater, or tell you that you should focus your energy on “other things.” It’s time to ignore the voices telling you that your cause is not important enough, or that you are abusing your new-found freedom, or that you wouldn’t have spoken if Jammeh were still here. It’s time to speak even louder about what you believe, even if the whole world thinks you should shut up. In a democracy, this constant push and pull is not only natural, it’s a necessity to find the right balance between our varying viewpoints.

This state of having a clueless leadership is a part of the price we gladly paid to remove the evil Jammeh. The learning curve will be a steep one. It will be a long and sometimes agonizing one. We just need to remain steadfast and resilient to ride out. In the end, it will be worth it.

When things get really bad and you consider giving up, just remind yourself that Jammeh used guns to force himself upon us. If we used our collective strength to make him a refugee in Equatorial Guinea, imagine what we can do with this Barrow, who was put in power by us. It won’t be too difficult to make him “Private” in Madagascar.

Finally, to the APRC supporters and sympathizers who get carried away to claim that Gambians have regretted having removed the evil Jammeh, yaena nyaaka johm! Nko, altole leh malibaliyaata! This government is a consequence of the failures of that shameful administration. Gambians made the right decision to get rid of it and despite the challenges that followed, we will gladly make the same decision 100 times over without batting an eyelid.