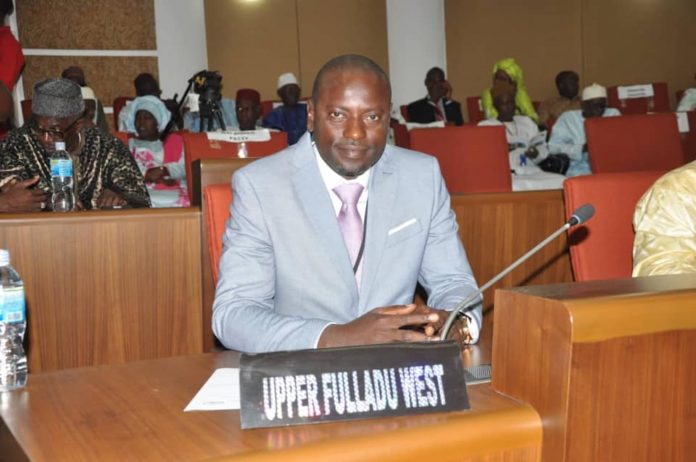 State House, Banjul, 8thOctober 2018 –It is with great dismay that to learn of the series of serious unfounded allegations made by Sanna Jawara, a sitting National Assembly member, most notably, that the President ‘’has started paying some parliamentarians D10, 000 each month in envelopes’’. Hon. Jawara went as far as  suggestingthat some National Assembly Members ‘’physically queue up for monthly handouts’’ from the president – grave claims that he could not substantiate.

The claims were maliciously designed to bring disrepute to the person of the president and the office he occupies. Contrary towhat Mr. Jawara stated, without any evidence whatsoever, no National Assembly Member was invited to State House to receive money in return for any favors, including political support.  President Adama Barrow has been supporting and continues to support individuals and groups whenever he can.   It was in the same spirit that His Excellency, the President donated vehicles to members of the same body to ease mobility and communication constraints with their constituents.

The President was elected as an independent coalition candidate.  Thus, rather than politicking, he is occupied with finding solutions and addressing the development needs of the people that overwhelmingly elected him into office. Which is why he succeeded in securing several capital investments that would directly impact the lives of ordinary Gambians and drive them out of poverty, as stated in the National Development Plan 2018-2021.

Moreover, the President’s focus is on the bigger picture of delivering a new Gambia that we could all be proud of; one that would provide a conducive place where all Gambians can realize their full potentials. His vision is to see a country that is anchored on empowered institutions that would guarantee and protect the rights and dignity of all citizens irrespective of their political, ethno-linguistic and religious differences. It is in the same spirit that he constituted a Constitutional Review Commission, among other transformational and institutional reforms, to recreate a Gambia fit for all.