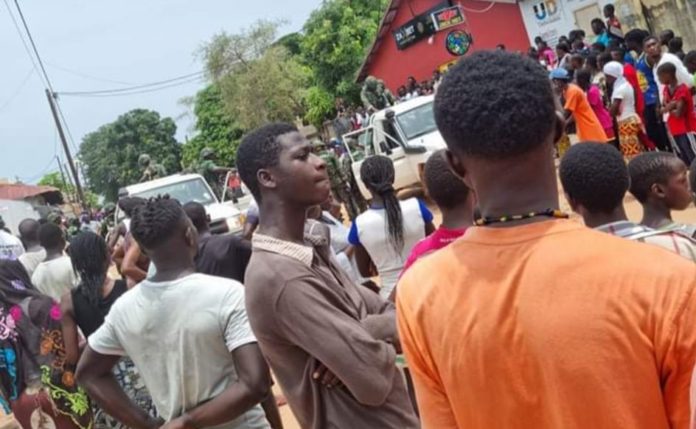 An angry mob attacked General Lamin Bojang’s house in Brufut on Monday after his nephew allegedly stabbed a man to death.

The mob entered the compound and hauled rocks destroying windows and cars after an alleged stabbing incident.

One person familiar with the issue said General Bojang’s nephew stabbed a man to death during a fight on Monday.

Police and soldiers visited the scene as the incident unfolded and reportedly arrested suspects.

General Bojang confirmed the incident to The Fatu Network.