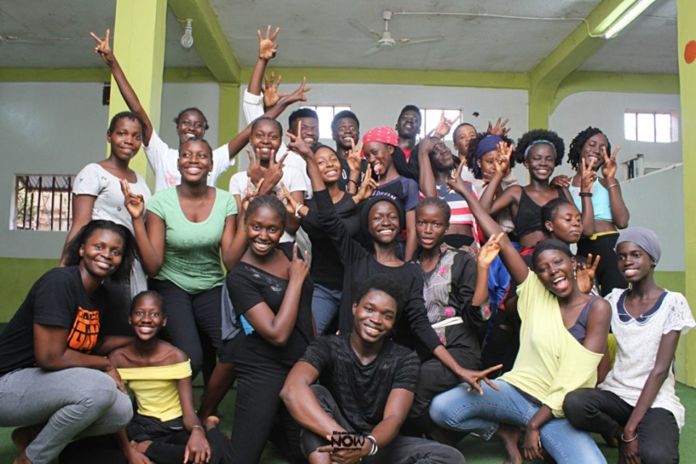 Ndey Fatou was drawn from an early age to the world of dance. Her mother, a dancer with a ‘70s music band in The Gambia, encouraged her, but it was a self-driven passion that spurred Ndey to make her mark through movement.

Ndey, now the founder of Fuzion Dance Academy and Entertainment, The Gambia’s only dance school, is working to empower youth across the country to express themselves and embrace their traditions in a warm, inviting atmosphere.

“Our classes combine djembe dances from Guinea with Gambian dances like the Wolof and the Jola,” Ndey says, reflecting on the breadth of traditions covered in the academy.

In practice, these dances take the form of a large group gathered around a set of drummers where individual or paired dancers move to the center of the circle in turn to show off their moves.

Watching these dances, one can be overwhelmed by the warmth and kinship on display, so natural are the movements and so talented are the performers.

But establishing a dance school in the West African country wasn’t easy, as Ndey explains, not least because dance is still viewed in much of The Gambia as a hobby rather than as a career.

“People think dance doesn’t pay the bills,” Ndey says. “So I had to work to change minds, to sensitize the community, not only to the importance of dance but also to its role in creating jobs in the country.”

To counter the misperception, Ndey first worked to establish an all-girls dance troupe, one that was able to make a living from its work, underscoring that dance not only keeps traditions alive but is also a viable source of income.

Ndey advises other entrepreneurs interested in the arts or other fields to start with their passions or the ideas and causes that move them.

“Your work has to be rooted in something you really love doing,” Ndey says. “If you’re not passionate about the goals you’re setting, you’ll never achieve them.”

Ndey also recommends finding a mentor or informal guide to shape the direction of a young entrepreneur’s work.

For Ndey, the value of her work extends well beyond her troupe’s performances and her students’ skills. For her, the importance of dance hinges on the people it uplifts and the opportunities it fosters.

“I want to create a platform in my country using dance,” Ndey says. “I want to restore hope to each and every one of them.”

As Ndey sees it, it’s that servant leadership and interest in The Gambia’s youth that gives her work meaning — and what gives it motion.