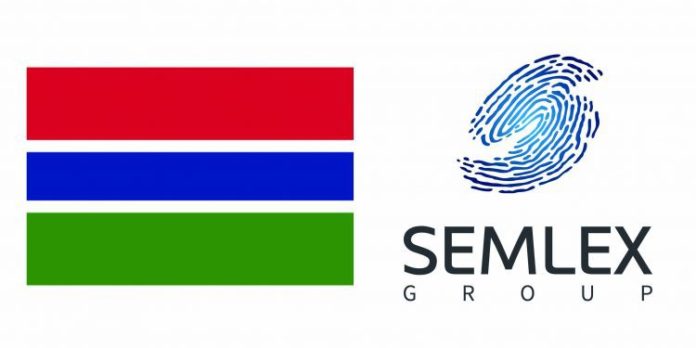 Semlex, a Belgian Comapny that provides solutions to secure identification and authentication using biomentric information has started issuing ID Cards to Gambians amid the controversy surrounding their contract with The Government of The Gambia. The process started on Monday, October 1, 2018.

Several calls were made and are still being made by Gambians on social media to boycott the ID Cards from Semlex. The reason many say is because the Company is allegedly embroiled in corruption scandals.

Apart from what many called the high fee set for the ID Cards which is D450 for a 5 year ID, many others expressed fear about their personal information being in the hands of a foreign company.

He added, “We are operating at Kanifing at the moment but will start in Banjul in two weeks.”

The Immigration Spokesperson further stated that plans are underway to start operations across the country latest by December.

“The ID Card is only for Gambian citizens who must prove their citizenship beyond reasonable doubts,” he said.

Before acquiring the ID Card, he said the person must present the following national documents such as a birth certificate or passport or voters card but in the case of residents and naturalized citizens, they must present naturalisation certificate, registrar certificate, Alkalo and Seyfo’s
Attestation.

The question of foreign nationals who acquired voters card under the former regime was brought to his attention.

Superintendent Dibba adduced that the Screening Officers would be at liberty to screen any applicant to make sure that their citizenship is proven beyond reasonable doubts.

Meanwhile, the turnout on the first day was not impressive.