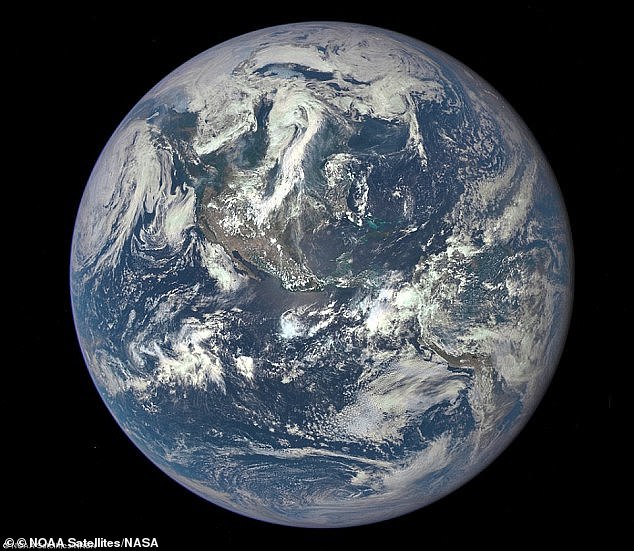 Humans have ushered in a new geological epoch called the Anthropocene, according to a panel of scientists.

Experts have voted to recognise the term and the dawn of the epoch, a vast period of geological time spanning millennia, but it will be several years before the term is fully accepted.

The term means ‘Age of man’ and its origin will be back-dated to the middle of the 20th-century to mark when humans started irrevocably damaging the planet.

Scientists are now working on defining when it started and what geological feature best describes its initiation.

This quest for a so-called ‘golden spike’ may include the Hydrogen bomb tests of the 50s which produced vast amounts of radioactive matter immortalised in the world’s geological records.

The explosion of chicken farming and increased fossil fuel incineration are also potential signs of the Anthropocene, leaving an indelible mark on the world.

Professor Jan Zalasiewicz, from the University of Leicester, chaired the panel of experts on the issue who took their first formal vote this week.

The result and start of the term’s acceptance is unsurprising as it passed an informal vote in 2016 at the International Geological Congress in Cape Town.

‘The Anthropocene works as a geological unit of time, process and strata,’ said Professor Zalasiewicz.

Today will see them discuss what further action is required in order to find a ‘golden spike’ – a clear indicator of the Anthropocene in the geological record.

This clear marker the researchers are searching for is technically called a Global boundary Stratotype Section and Point (GSSP) and the future of the Anthropocene hinges on its discovery.

The spike nails down a date, but also pinpoints a primary ‘signal’ at a specific location.

The 34-member Anthropocene Working Group (AWG) will now build a proposal to put forward to the International Commission on Stratigraphy in 2021, which oversees the official geologic time chart.

Another vote will then be needed to re-write the history books and formally recognise the epoch.

Scientists refer to the period starting from 1950 as the ‘Great Acceleration’ due to the explosion in various factors associated with humans.

Many experts agree the Anthropocene has begun, but how to classify the origin of this geological epoch is hotly debated.

A leading explanation focuses on the hydrogen bomb tests off the 1950s and claims this will provide the best marker for the Anthropocene’s birth.

Others suggest the best sign of human-activity shaping the world will be fossil fuel remnants, plastics or fertiliser.

One of the main culprits is global warming driven by the burning of fossil fuels.

A telltale surge in the spread of invasive plant and animal species is also a legacy of our species.

But the working group is not allowed to take any of these measures into consideration unless they show up in the geological record.

It has to be able to measured in rocks, lake sediments, ice cores, or other such formations to meet the criteria used to determine eons, era, periods and ages.

This, however, is not a problem when it comes to the Anthropocene, Professor Zalasiewicz previously revealed.

‘We are spoiled for choice,’ he told AFP in 2016. ‘There’s a whole array of potential signals out there.’ (DailyMail)