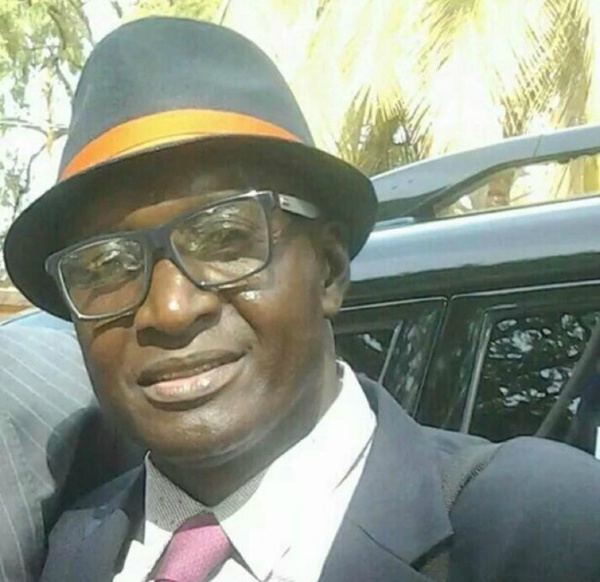 I only hope the propagated and disturbing rumor in town that the Gambia Armed Forces (GAF) has been compelled by our hopeless Security-Sector Reformers to forge a list of 1200 “undesirable soldiers”, predominantly from the Jola tribe-80% precisely-for dismissal is fake news.

It is evident that the strict condition laid by the 15-member ECOWAS regional block to the Gambia government for another extension of the mandate of ECOMIG in the country during their 57th extraordinary session at Niger on September 7 to 9, 2020, was the urgent need to speed-up the long-overdue Security Security Reform (SSR) dragging for almost four years now. Of course we all know that the SSR is an unachievable objective because of the falsehood on which it was conceived.

But that said, instead of explaining to the block that the process was stalled by the unexpected effect of the global COVID-19 pandemic that prematurely forced the hired “Toubab experts” solely relied upon for solution to go back home, they turned to the brain-dead Gambian specialists for rapid answers, no matter how dumb.

Yes, ECOWAS urgently needs something tangible as soon as possible irrespective of the absence of the “superior Toubabs” believed to only have the answers whereas our low IQ national security pundits have nothing to offer but to resort to shameless casteism on Jolas in uniform.

Anyway for providing no reason at for those baffling firing and hiring, leaves me the only option of calling it partisanship.

But let’s say that that was then, when one would have assumed that irrational emotions dictated numerous stupid decisions from the new unschooled government; however, given the subsequent, discriminatory tendency of the TRRC against members of the Jola tribe, demonized for three consecutive years because former President Jammeh was a member, I could see the absurdity of weeding the Jola soldiers inherently influenced by such stigmatization. Because in my view what the Essa Faals have achieved in “prosecuting” the defenseless Jolas in particular at the TRRC implies a tribe that was during the APRC regime bent on no good intentions or activities towards the nation other than to support the systematic persecution, rape and execution of innocent Gambians on the orders and participation of the “Chief Jola”, former President Yahya Jammeh.

Essa could shed hypocritical tears in sympathy with a confessed serial murderer like Sana Sabally, immunized Alagie Kanyi and apologized to a confirmed torturer and murderer like Edward Singhateh who were left to go free with their gross-human rights violations and crimes only because of their Non-Jola heritage but any other Jola that could help in justifying the TRRC’s ill-conceived scheme of demonizing the Foni and Cassa-Based tribe had to be subjected to humiliation, harassment and possible punishment.

But the question is, where is this leading us as a nation in search of the truth for reconciliation when a 1000 soldiers, simple breadwinners are thrown in the streets in this global economic fallout from COVID-19 that has caused a recession last known in history during World-War Two? If this is not heartlessness on steroid, I don’t know what is.

It has also been rumored that Staff Sergeant Lamin Jarju the soldier who had asked at the TRRC the reason why the foreign-orchestrated-armed attacks on Farafenni and Kartong Barracks in 1996 and 1997 respectively where nine GAF soldiers were cold-bloodedly murdered was not part of the TRRC investigation is earmarked for dismissal. Again, I only wish it is a mere rumor and nothing factual about it. Yet still I believe he asked an honest question that was ridiculously answered; but if this fellow is fired for only asking that legitimate question then it will be fair to once again attribute such verdict to another quintessential victimization of another poor Jola young man.

If these rumored decisions of the government are true, I wish to appeal to both Presidents Adama Barrow and Mackey Sall to do whatever necessary to prevent their implementation. President Barrow may not have the capacity to see what I am driving at but I believe President Sall should, since the latter is zealously involved in the Gambia’s security organization and maintenance. Trust me, continuing to persecute members of the Jola tribe in the armed forces is a very bad idea with potentials of grave consequences.

Let’s for once get this straight folks, JOLA LIVES MATTER.

I rest my case.