In what I will characterize as the most baffling revelation by Mr Frederic Tendeng in his article published by The Gambia Chronicle Newspaper on November 18, 2020, entitled Post ECOMIG Exit-Barrow leans on ‘Big Brother Nigeria’, the story literally forewarns us to brace for the possibility of the redeployment of another Nigerian Army Training Assistance Group (NATAG) in the Gambia, reminiscent of the one Sir Dawda Jawara’s PPP government had brought us in 1992. According to Mr. Tendeng, an MOU between the Gambia and Nigeria has already been drafted to that effect with strong indications of its ratification as manifested in a special visit to Nigeria by Foreign Minister Dr. Mamadou Tangara and Defense Minister Shiekh Omar Faye on Tuesday October 6, 2020.

The author didn’t necessarily mention the exact date of the meeting, but only the month it happened in October; however, on Friday October 9, 2020, the Gambia Standard Newspaper carried a publication on the same event, captioned, Nigeria will Increase Trade Volume With Gambia, published verbatim from a press release dispatched by the Gambia’s Ministry of Foreign Affairs.

In the Standard’s story, no word was mentioned about Defense Minister Shiekh Omar Faye being part of the delegation which simply spoke about Dr. Tangara and his visiting team with all key statements at the meeting delivered by him alone.

It was essentially about Dr. Tangara meeting his Nigerian counterpart, Foreign Minister Geoffrey Onyeama in his office in Abuja where his team arrived “to push for increasing the volume of trade between the Gambia and Nigeria and strengthening bilateral relationship across all spheres”.

Anyway, upon a quick verification, folks familiar with our trade relationship with Nigeria disclosed its nonexistence, expected to at least commence first before talking about increasing its volume. However in Mr. Tendeng’s article whose details will be examined below, at some point, one of the Nigerian members of their delegation only reminisced over how they used to send cargos in the Gambia. On what? It wasn’t explained.

But Dr. Tangara in his quintessential diplomatic silver tongue “expressed Gambia’s appreciation of Nigeria’s support to the Gambia Armed Forces (GAF) and the judiciary without which those institutions, he said, would have completely been crippled”. Hmmmm!

He then told his counterpart how President Barrow had decided to posthumously honor the late General Abubacarr Dada, (Commander of NATAG in the Gambia from 1992 to July 22, 1994, the day the AFPRC toppled the PPP government).

Dr. Tangara called Gen. Dada the Nigerian soldier who helped in the formation of the GAF with Gambians not able to discuss the GAF today without mentioning Nigeria. That Nigeria had sent us the right forces to setup the Gambia Armed Forces, and that Gen. Abubacarr Dada is still a household name in the country. Does Dr. Tangara believe that the Nigerians have not been watching Essa Faal’s TRRC where Gen. Dada and his group were portrayed by the GAF soldiers and officers in not-that-kind-of flattery image?

But it wasn’t after all surprising that among those present at the Abuja meeting when Dr. Tangara was enunciating all those accolades on the late General was his blood brother, an important and powerful figure in their government, one Ambassador Subaru Dada who in turn expressed his gratitude to the Gambian delegation about his brother.

Now, juxtaposing Mr. Tendeng’s story in The Gambia Chronicle to that of the one published by the Standard Newspaper, the former clearly illustrated the presence of Defense Minister Shiekh Omar Faye as a co-leader of the delegation with Dr. Tangara for the mission, which was initially conceived in March 2021 at the 44th Ordinary Meeting of ECOWAS Mediation and Security Council in Niamey, Niger.

Faye was in Niger where ECOWAS member states emphatically warned the Gambian delegation to speed up their Security Sector Reform for ECOMIG to finally pack-up and leave in 2021.

The idea of funding and extending the stay of ECOMIG in the Gambia was a critical concern to member states that, thanks to Mackey Sall, France was convinced to continue funding the troops six-more months.

But in the midst of such uncertainty in the future, it’s hard to tell exactly why, but Nigeria instead of Senegal seemed to have taken over the future security arrangements of the foreign troops in the Gambia. That’s what Mr. Tendeng exactly informed us.

Here, I think we need to read between the lines to understand how Mr. Tendeng tried to rationalize the motive. He highlighted how Nigeria may be consolidating its control of Anglophone West-African Nations in its quest for the ECO, the subregional currency that France is doing everything to be in the vanguard against Nigeria’s membership.

The question therefore is, did France through Mackey Sall warned President Barrow to join the French-ECO-initiative or risked losing Senegal’s participation and by extension, French funding of ECOMIG which if the Dakar forces are to unilaterally withdraw from will certainly expose the Barrow government to the same risk of a possible coup that the Jawara government faced after the unceremonious withdrawal of the Senegalese troops from the confederation in 1989? Or has Barrow like Jawara come to the realization of the unsustainable overbearing presence of the Senegalese around him, constantly reminding him of his dependency on Mackey Sall’s mercy?

Hence, again, like in Jawara’s case, could we conclude that Barrow also had nowhere to run for help under such a looming threat other than to Nigeria?

Anyway, in Mr. Tendeng’s story, Foreign Minister Dr. Tangara and Defense Minister Shiekh Omar Faye discussed and had arrived to an agreement with their counterparts in Nigeria about the necessary military assistance upon the withdrawal of ECOMIG in 2021. That the two governments of Buhari and Barrow have already drafted an MOU to be ratified soon, although according to Tendeng, efforts to secure a copy from Nigeria and Gambia for his story both failed.

Is it going to be another hidden document from the Gambian people, privy to only a few at the top in the same manner the Jawara government kept their MOU on NATAG top secret, or will it be brought before the National Assembly for scrutiny and ratification?

Comparing what was reported by the Standard Newspaper about the statements uttered by the two Gambian ministers in Abuja, it somehow looks like Minister Shiekh Omar Faye said a lot in that meeting including what the Standard published as Dr. Tangara’s statements.

In attendance were top-Nigerian military officers. To name a few there were the Nigerian Minister of Defense, General Magashi, their Permanent Secretary Ministry of Defense Babangida Hussain and their Director of Joint Services Department, Ministry of Defense Mrs Olu Mustapha who represented the Nigerian negotiating team while the Gambia was represented by Foreign Minister Dr. Mamadou Tangara, Defense Minister Shiekh Omar Faye, the Gambia High Commission to Nigeria Mr. Amadou Taal and the Gambia Defense attaché to Nigeria, Commodore Assan Sarr. Why all these people were left out in the press release from the Gambia Foreign Ministry is doubtful.

Shiekh Omar Faye was however quoted to have said that “The Gambia government is planning to posthumously immortalize the late General Abubacar Dada for his role in establishing the nucleus of the GAF” while in the press release that cited Dr. Tangara for that utterance stated that President Barrow had already decided to honor the dead general posthumously. Of course Faye was not truthful in saying that the Nigerians established the nucleus of the GAF which was credited to the British Army Training Team (BATT) in 1984; but like I said, his presence in Abuja was not even mentioned in the Foreign ministry’s press release. WHY?

I am also flabbergasted by the fact that the National Security Adviser, Retired Col. Momodou Badjie was not part of the delegation in the endeavor that had a lot or everything to do with his area. But well, factoring that Col. Badjie has recently in an SSR press-conference update made it clear to Gambians that the whole process to complete their work could take about ten years whereas the conditions laid by ECOWAS at Niamey was the swift implementation of a validated national security policy document along with a National Security Strategy and of course the much awaited SSR for the ultimate withdrawal of ECOMIG before the 2021 general election, taking him to Abuja with his funny idea wouldn’t have made any sense.

But It was also reported that Defense Minister faye not Foreign Minister Tangara commended the Nigerians by stating that “the lifeline for the sustenance of Gambian democracy, its military and judiciary relied entirely on Nigerian support”. The press release from the Foreign ministry ascribed that statement to Minister Tangara.

Could we also in our fertile imaginations conclude that it was Mackey Sall, whom most scholars believe enjoys greater loyalty from Dr. Tangara than the foreign minister is to even Adama Barrow who persuaded him not to report anything about the military agreement and MOU between Gambia and Nigeria which could anger France? Their press release said nothing about the MOU.

Dr. Tangara was accordingly reported to have been secretly decorated in Senegal sometime last year or the year before by President Mackey Sall with the Highest-National Order for his role in the 2016 impasse that gave Senegal and France the lead role in flushing the APRC out of power and ensuring their control of the Barrow government.

Because soon after Dr. Tangara and Mr. Faye left Nigeria, Mackey Sall and President Umaro Sissoco Embalo of Guinea Bissau flew together, to Abuja to meet President Buhari and discuss current and future security concerns of the subregion with the Gambian situation exhaustively dissected. Why Mackey Sall and Umaro Embalo would go to Abuja for an important dinner-meeting like that with Muhammadu Buhari and leave Adama Barrow behind, is another conundrum. They could have at least taken him along to enjoy the delicious meals, couldn’t they? Time will tell. 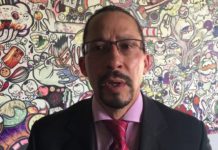 GORDON JONATHAN LEWIS – COMMENT: To build back better, we must listen to children. Here is why.