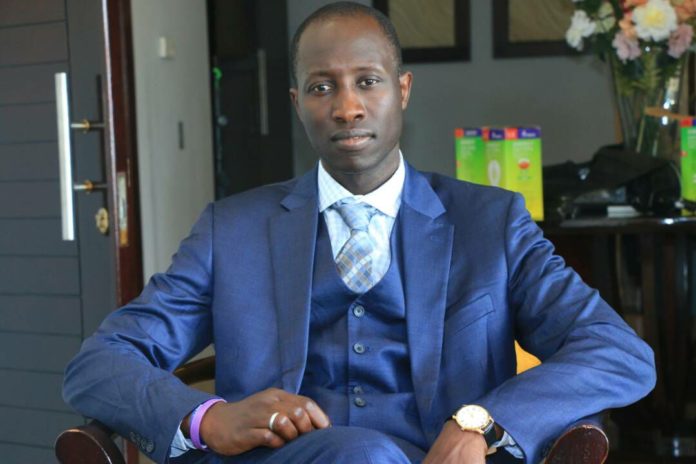 In April 2016, the late Solo Sanding was arrested and allegedly tortured to death for demanding electoral reforms in The Gambia. Arguably, his death sparked a new form of revolution in The Gambia and the ultimate end to dictatorship. Three years later, The Gambia still struggles to realize Solo’s dream. The Gambia deserves electoral reforms, among the many needed reforms, to end self-perpetuation and corruption. Although desperately needed, The Gambia must continue to ascribe to the rule of law in effecting system change.

Election laws will invariably impose some burden on individual voters. The provisions—whether it governs the registration and qualifications of voters, the selection and eligibility of candidates, or the voting process—inevitably affects at least to some degree individuals right to vote and the right to association for political ends. Consequently, if courts are to subject every provision to strict scrutiny would limit the State’s ability to make election equitable and efficient. Thus, a court considering a challenge to election law must consider the character and magnitude of the asserted injury to the individual’s right to expression and association. A court must then evaluate the precise interests advance by the State as justifications for the burden the new law imposed. To render judgment, a court must not only determine the legitimacy and strength of each of those interests but also consider the extent to which those interests make it necessary to burden the plaintiff’s rights.[1]

In contrast, when election law imposes only reasonable, nondiscriminatory restrictions on a voter’s right to expression or association, the State’s important regulatory interests are generally sufficient to justify the restrictions.[2]The general principle is election laws will be liberally construed in favor of citizens whose right to vote they tend to restrict, to avoid depriving voters of the right to vote—[3]Though a topic for another time, this is the reason why I still hold the view that diaspora Gambians must have the right to vote in every presidential election as part of essential players in our presidential politics.

The issue which arises is the validity, construction, and operation of constitutional or statutory “term limits” provisions. The proposed CRC Draft Constitution introduces a term limit for the office of the presidency, which Gambian welcome.[4]

There is a distinction between the words “term” and “tenure.” “Term,” as applied to a public office, refers to a fixed and definite period of time. “Tenure,” on the other hand, is the time the appointee serves in office; the tenure of the person holding an office may vary from the term of office, and, depending on the circumstances, the tenure can be shorter or longer than the officer’s term.

Importantly, the majority of Gambians agreed that the provision should apply retroactively because of our shared experience.[5]However, a change in law has the potential to affect many people. Those affected need to know when the new law will go into effect whenever the legislature or the courts modified existing laws.[6]As a general principle, it is black letter law that statutes operate prospectively and judicial decisions retroactively.[7]For example, in early 1960, U.S. Supreme Court departs from this general principle to avoid extending the Warren Court’s criminal procedure decisions that have the effect of freeing numerous criminal defendants.[8]Subsequently, the Court adopted a discretionary approach to adjudicative retroactively in the civil context. In Chevron Oil Co. v. Huson,[9]the Court states:

First, the decision to be applied nonretroactively must establish a new principle of law, either by overruling clear past precedent on which litigants may have relied, or by deciding an issue of first impression whose resolution was not clearly foreshadowed. Second, it has been stressed that ‘we must weigh the merits and demerits in each case by looking to the prior history of the rule in question, its purpose and effect, and whether retrospective operation will further or retard its operation.’ Finally, we have weighed the inequity imposed by retroactive application ….[10]

Yet, the above theories deal with legislative or judicial modification of existing laws and not constitutional amendments. In Lucas v. Forty-Fourth Gen. Assembly of State of Colo.,[11]U.S. Supreme Court addressed the constitutionality of the amended provision of Colorado’s apportionment after a referendum. Specifically, Colorado’s Amendment no.7. The Court held that it did.

The Court ruled that the State cannot deprive an individual’s constitutionally protected rights because a nonjudicial remedy (initiative or referendum) exits.[12]The Court emphasized that “[a]n individual’s constitutionallyprotected right to cast an equally weighted vote cannot be denied even by a vote of a majority of a State’s electorate, if the apportionment scheme adopted by the voters fails to measure up to the requirements of the Equal Protection Clause.”[13]A citizen’s constitutionalrights can hardly be infringed simply because a majority of the people choose that it be.[14]

Similarly, in Bates v. Jones, the United States Court of Appeal for the Ninth Circuit was faced with a similar issue. The Court has to decide the constitutionality of  California proposition 140. In that case, the plaintiffs contend that the lifetime term limits in California’s Proposition 140 violate their federal constitutional rights. The Court disagreed. Here, the plaintiffs seek to vindicate their right to vote for the candidate of their choice and the asserted right of an incumbent to again run for his or her office.[15]

The Court concluded that Proposition 140’s impact on these rights is not severe. The Court agreed with the State’s position that “term limits on state officeholders is a neutral candidacy qualification, such as age or residence, which the State certainly has the right to impose.”[16]Nonetheless, the restriction of Proposition 140 was prospective and not retroactive. Importantly, the Court held that the lifetime term limits do not constitute a discriminatory restriction. “Proposition 140 makes no distinction [based on] the content of protected expression, party affiliation, or inherently arbitrary factors such as race, religion, or gender. Nor does the Proposition’ limit [ ] political participation by an identifiable political group whose members share a particular viewpoint, associational preference, or economic status.'”[17]

Therefore, the Cabinet’s argument that the CRC term limit provision discriminates against the president is untenable. Facially, the requirement is nondiscriminatory, and the impact of its application on voter’s rights is not severe. Just like California voters, The Gambian people perceived term limits for the presidency as a means to promote democracy by opening up the political process and restoring competitive elections. Even though this is their choice to make, it must comport with the dictates of the 1997 Constitution.

In State ex rel. Mirlisena v. Hamilton Cty. Bd. of Elections,[18]Ohio’s Supreme Court stroke down part of a constitutional amendment for a term limit because the provision applies retroactively. The Court held that although “the people of Cincinnati resoundingly spoke on the issue of term limits for councilpersons, and that their judgment on that issue would not be disturbed, stressed that the voters could not constitutionally make the term limits retroactive.”[19]The Ohio Const. Art. II, § 28, provides, in pertinent part, that the general freedom of assembly shall have no power to pass retroactive laws. Since the amendment provided for a retroactive application, the Court observed that the enactment violated Art. II, § 28 of the Ohio Constitution.

To conclude, the Gambia’s case is factually similar to Ohio. Chapter VII, Article 100(c) of the Constitution of The Republic of The Gambia, 1997, reprinted 2002, states that the National Assembly shall not pass a bill “to alter the decision or judgment of a court in any proceedings to the prejudice of any party to those proceedings, or deprive any person retroactivelyof vested or acquired rights ….” To the extent the proposed schedule in the Draft Constitution makes the term limit retroactive, it certainly contradicts the 1997 Constitution.

Therefore, the Gambia needs her citizens to play a crucial role in 2021.