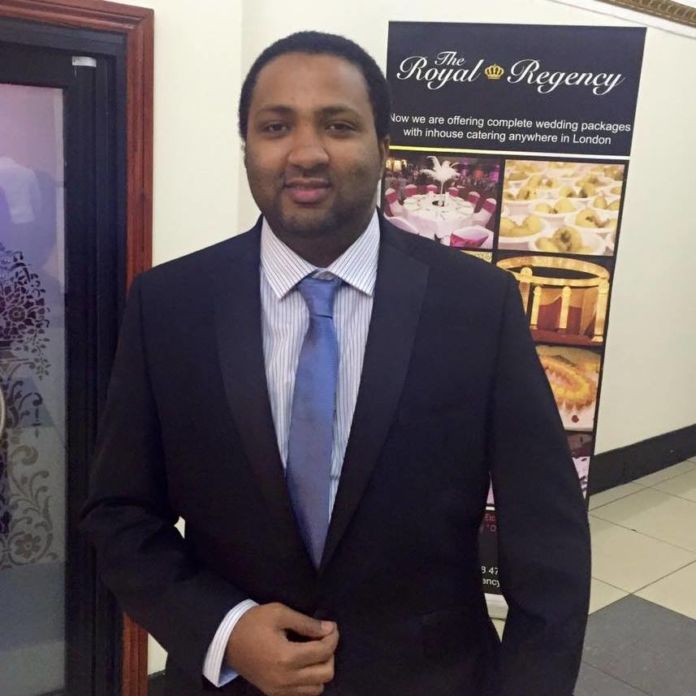 If anything is keeping me up at night about Gambia, its how we’re completely out of touch with the realities affecting our lives, because we’ve simply been intellectually misplaced. We get preached daily that this world is only temporal and therefore, our focus and energy should be directed to the hereafter. Well this world is still here, and as may be temporal for individuals, it seems not to any viewer that looks through the broader view of the lineage of descendants. We must take part in efforts to make this world better place for us and posterity, and Prayer alone cannot facilitate this. We cannot just focus on the hereafter while outsourcing our thinking to others like the West to help us with solutions to our earthly problems.  Religion is a beautiful institution that aims to promote virtues of tolerance, love, peace, morality and integrity which are important cornerstones of any civilisation. They provide special effect that are stress reducing – control predictability, understanding causality, and the social support that comes with it. This convenience will no doubt resonate with Gambians, as is often demonstrated in our sense of reasoning, but it also promotes ineptitude, constricts our imagination, stifle creativity and innovation, and consequently solutions to our real life problems eludes us.

The reality is we live in an aggressively cruel universe – The one not only characterised by persistent poverty and pandemic disease but also, as revealed to us by our telescopes, a space that’s full of mayhem such as monstrous gamma-ray burst, matter crushing gravitational fields, deadly pulsars, matter hungry black holes, stars dying in supernova explosion, possibilities of asteroids and comets colliding with our planet. And ofcause those nearer to us such as earthquakes that bury us; microorganisms such as virus and bacteria that infects us; volcanos that incinerate us; cancers that eats us; tsunami etc. Our philosophy as Gambian is if prayer cannot protect us, let us be protected by coincidences.

While science is making tremendous strides in understanding the underlying principles of problems and providing solutions the for preservation of life and to better human experience, it is often deemed a competitor to our religious beliefs and treated with cynicism, scepticism and sometimes completely denounced by religion fanatics in our midst. The scepticism part is understandable as it is common amongst scientists themselves which is why the biggest bounty of praise and reward are accorded to scientists who’ve found flaws in established paradigms. The truth is religion and science have no common ground and the two are irreconcilable approaches to knowing. Because one employs experimental verification and study of objects and phenomena while the other is simply based on faith.  Religious scholars are yet to make prediction of events that has so far occurred. By prediction I mean precise statement about untested behaviour of objects and phenomena logged before it occurs. In science, we often here the weather forecasted, though not always accurate. Another approach employed by religious fanatics is to tweak the translation and interpretation of religious scripts in a language to conform to some scientific discoveries. Isaac Newton, the man hailed as one of the greatest intellect to ever lived, spent a significant chunk of his life trying to understand the nature of the universe using philosophies derived from religious scripts. It was a futile effort. Then came the wealthy billionaire Sir John Templeton who established the Templeton foundation that seeks out a myriad of widely published religious friendly scientists. The foundation’s pursuit is to establish harmony and consilience between science and religion awarding an annual cash price that exceeds that of a Nobel Price. No success is thus far registered. To me science is not a competitor to religion but a discipline established by the instructions of religion. God told “Igraa” to prophet Muhammed (PBUH) and made learning obligatory on us. Understanding cause and effect! That’s all science is doing. Religion should be confined to the service to God and the salvation of the soul, while science is supported by all to unravel the nature of this world to better human existence. Conflating the two, especially in a manner that seeks to discredit scientific discoveries is embracing ignorance and its self-limiting. However, a recent study in the US showed 40% of scientists in America belongs to one of the religions. This in reference to the finding that 90% of Americans belong to a religion, means either atheists somewhat gravitate to science, or science diminishes religious believes in people. Drawing a distinction between the two is the key.

In the past great minds will not hesitate to invoke God at the frontier of knowledge when dazzled in the sea of ignorance. Isaac Newton for example, when studying our solar system, was astonished, that the gravitational push and full between the sun and the the earth, and that of earth and other 6 planets cannot explain the stability of our solar system. He claimed God must once in a while jump in to get things in order. He said “The six planets are revolv’d about the sun, in circles concentric with the sun, and with motions directed towards the same plane… But it is not to be conceived that mere mechanical causes could give birth to so many regular motions… This beautiful system of the sun, planets, and comets, could only proceed from the counsel and dominion of an intelligent and powerful being”. Then came the new breed of scientists who would not settle for Issac’s premise. A French astronomer and mathematician Perre-Simon Laplace came up with his “perturbation theory” that subsequently led to the discovery of the 7thplanet Neptune whose gravitation field compensated in stabilising our solar system and allaying Newton’s dilemma. Albert Einstein also came up with a theory of special relativity that changed Isaac’s description of gravity. It describes gravity as the curvature of the fabric of space and time. That matter dictates how space-time should curve, and in turn, space-times dictates how matter should move. This is the most remarkable feed of thinking about nature to come from a single mind. From this, Einstein generated the famous equation E=MC^2 (Where E means energy; M means mass; and C^2 mean speed of light). This consequently led to a change in the geopolitics, as it led to the development of atomic bombs. There is no reason why Gambia cannot produce the next Einstein.

Human being are endowed with five common-senses and these are limited in their range of sensitivity. Our eyes for example can only see with the wavelengths of the visible region of the electromagnetic spectrum. We’re completely blinded to other regions such as the gamma-rays, X-rays, ultraviolet, infrared, radio waves and micro waves. However, with our ingenuity we can create devices and technologies that can explore objects out of the reaches of our senses to generate date that our common senses can allow us to visualise, analyse and logically interpret in pursuit of understanding our interaction with this world. Scientist have created microscopes by bringing together a multitude of magnifying lenses in which one lenses magnifies the image of the other, and so-forth, thus allowing us to see microorganisms that cannot be seen by our naked eye, but can kill us in few hours. We have seen how medical advancements in the West facilitated by science resulted in prolonging the life expectancies of their citizens.

With our common senses and level of intelligence, human beings often arrogantly portray themselves as the most important creatures in the world. That everything revolves around us. This is also consistent with our intuitive observation of our environment. That our earth is flat and the sun, the moon, and other planets revolves around us. This perception held amongst many scientists in the past until the telescope were invented. It revealed to us billions of galaxies different from our milky-way galaxy that are in constant motion, spinning at 142 Kilometres per second, and comprising billions of stars that are being orbited by trillions of other planets. It showed a universe that is not only expanding, but in acceleration that is being driven by the mysterious dark energy. What’s also puzzling is the revelation that we’re in fact not in the centre of the universe. We’re not in the centre of our solar system, our solar system is not in centre of our galaxy, our galaxy is not in the centre of all galaxies. So would God create such vast universe with trillions of planets that are billions of light years apart for nothing? Are there intelligent lives existing elsewhere? If yes, how do they look like? If no, then why not? As in living people able to form governments and institutions. Will they invade us? Life as we know it is carbon based (made with carbon). Carbon is an element on the periodic table that is able to form multiple bonds with itself and other element to create large complex molecules. Another thing I found intriguing is the universality of our universe. That everything in this universe is made up of the same substances we see here on earth, that are made from the elements of our periodic table. Thus, if an intelligent life exists elsewhere in the universe, it is conceivable that they may be also made of carbon and thus should. This should help narrow down on how they must look from the array of possibilities. There is currently an intense search for them. In addition to the approach of looking for bio-signatures that’d infer their existence, the radio wave of the electromagnetic spectrum is also being monitored as a mean of contact. The radio wave that we used to listen to radios, is the only component of the electromagnetic spectrum that transverse into space and travels across planets and if Aliens have a means of decoding the wave emanating from this planet, they ll be listening to our “mengbe-kering” shows. They probably have their opinion about us by now. If one has a rocket that travels through space with great speed with a radio, they will be able to follow and listen to the chronology of evens such as speeches starting from now to historical speeches such as the Martin Luther King speech in real time, as the rocket protrudes through the radio wave that escaped into space long time ago. There is currently an initiative monitoring 500 million radio signals in a pursuit to make or receive radio contact with exoplanetary species if they exits.

While scientific explanations such as the beginning of the universe “The Big Bag”, the beginning of life on earth remain speculations, a tremendous stride is made in understanding the nature of our universe using the physical laws of nature. Many benefits are already being enjoyed by the people in areas of communication, health, agriculture and economics; many more benefits to come some of which are in the prove of concept stage; the sequencing of the human genome that revealed, though the genetic code, the instructions of how we’re created and promises to provide cure for diseases that has plagued us for centuries such as cancer. We Africans should take part for our own benefit.