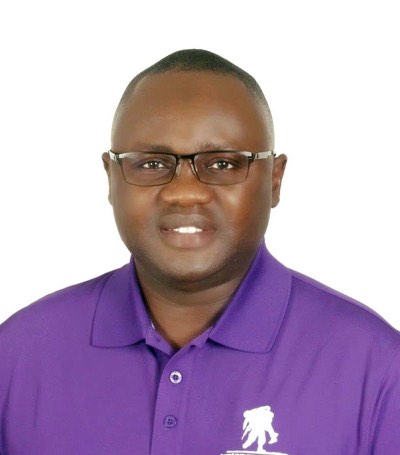 Bullshitting is fashionable in the Gambia today: Stockholm Syndrome, Cognitive dissonance, “Vampire state”, “Symbo-cracy” and a host of neologisms, theatrical expressions and a deus ex machina professor from nowhere making much noise signifying zilch, nada and nix.  Yes, the TRRC does need a “comprehensive conceptual framework”, another fancy phrase for saying that the knuckleheads at the TRRC need a new thinking cap.  Apparently, they have been wayward and lost their souls staring at the dark 22 years of Babili’s chronological abyss of excesses.  Behold! Nietzsche said that those who fight monsters should be careful less they become a monster themselves. And if you stare at the abyss long enough the abyss will also stare back at you. I beg your pardon Mr. Elliot, please ‘borrow’ me some of your poesy just for 90 seconds:

January is the cruellest month, breeding

Lies out of the dead land, mixing

A brew of “historical and comparative analysis” and an explosive concoction of disciplines from gender studies to critical theory shall do the trick for us the hapless yokels who don’t have player hating degrees attached to our names.  When shall we the subalterns ever speak for ourselves?  The display of reconstructing and re-litigating reality by the indefatigable professor is nothing but an exercise in epistemic violence in order to usurp an illegitimate power of restructuring Gambia society.  The process of transition itself determines the choice of information utilized as feedback.  If you choose subterfuge and highfalutin then the results of your transitional justice agenda shall be more injustice and authoritarianism in deep disguise. According to the professor’s epistemology “we construct our world, there is no ‘reality’ out there.  Reality is always mediated by our ideas and interests. Therefore, when these ideas change then the world changes”.  These are the professor’s exact words.  According him Yaya Jammeh is a “classical realist”, read Machiavelli, may be some Marx.  The professor further claimed that Jammeh was born in the rural areas, raised in the urban areas, had both Muslim and Christian upbringing and interestingly Yaya Jammeh was your quintessential “Gambian, and not different from any one of us”.  All these formed his “operational code” and the good doctor’s final diagnosis is that Babili was suffering from some “cognitive dissonance” and that he was a monster!

Now Yaya Jammeh is no different from any other Gambian including the good doctor himself who has an interesting background: born in rural Gambia, raised in the urban areas, became a school teacher, later migrated to the West and married a Western woman, no different from Yaya but he sees “cognitive dissonance” in him perhaps because of his “operational code”.

Apart from the obvious factual details derived from past TRRC testimonies and some known public revelations at the online radios during the Struggle, everything else that the good doctor opined about Jammeh, the AFPRC and the Gambian security structure are absolute rubbish on stilts, and I am being very polite and charitable here. Yaya Jammeh who spent most of his professional career with the Gendarmerie before joining the army has a rich and sophisticated mental framework that is evidently more dialectical than anything else remotely close to cognitive dissonance. Pathologizing his cognitive abilities is just another dishonest attempt at erasure and appellation- real vampire intellectualism at best.  The good doctor is obviously no good psychiatrist nor psychoanalyst. The Stockholm syndrome anecdote is also inadequate because the condition proper applies to hostages not political prisoners.  There were some really lousy mental health workers at the TRRC these past two days.

Yes doctor, there is too much “masla” in our society and we shall begin challenging each other beginning with your highly biased, half-truthful, and sometimes-modest-sometimes-egregious testimony. I have to admit, I adore your feigned humility.  It shall get you far within the Gambian community of low expectations; and it has also gained you a huge fan club of ditto-heads including the likes of Commissioner Kinteh, may the Lord have mercy on the Gambia.  The Gambia National Army was not dysfunctional in 1994 but the national civilian leadership was.  Jammeh never read Machiavelli, he barely knows anything about Marx and no, he never looked up to Rawlings- I know how he felt about him because unlike yourself I was present front and center.  Seriously brother professor you were wrong through and through with a lot of your theories about Jammeh, the AFPRC and the Gambia Army.  Your appearance before the TRRC is a mis-opportunity honestly.  Doc, we do also notice your subliminal attacks on our Islamic traditions, the Imam Ratib, and many others you deem deplorable.  You really do have some chutzpah my brother.  Imagine yourself appearing before the US congress babbling your amateurish psychoanalysis, and masturbating on your sophomoric theories… you shall never see a classroom again in the US.  It is really sad that you are offered a national platform to ramble irresponsibly without consequences in the Gambia.