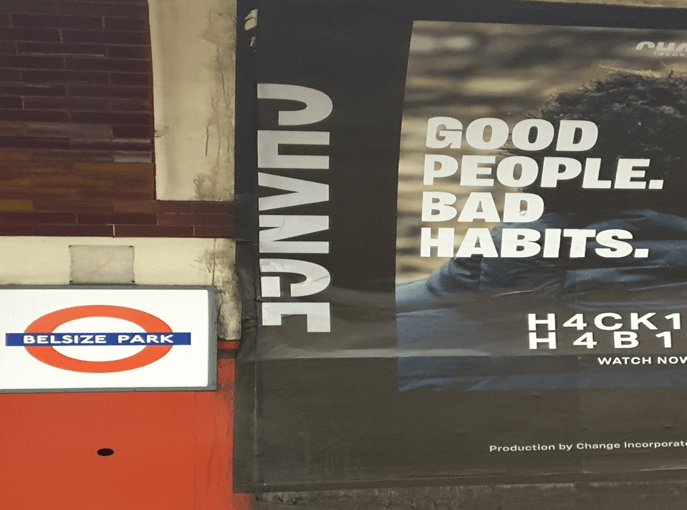 When I least expected, the telephone rang early one evening, at the other end was an old acquaintance  I came to know in a certain Yorkshire town. Hindsight, indeed, is a useful tool, if I may reflect for a second; For those were the days, we were young absorbedly immersed into life and culture that is the United Kingdom.

A quietly spoken chap from Khartoum, Sudan. He spoke fluent Arabic, although a violent addiction to cigarettes. If the busy days of the week are made for work as situation presents, weekends offer rare moments of tranquil to catch up with friends in element, elegant lives for a social setting of people & cultures from diverse countries all over the world.

In globally known cities, it is an all too familiar story of the immigrant experience – diasporans far away from home.

The phone call that night from a mutual friend informed that the aforementioned chap was admitted to the Royal Free Hospital in London, undergoing emergency op. Apparently, years of smoking had taken its toll, rupturing both kidneys which had to be removed. A moment of great concern but a hazy rush to lend support & comfort; I found a once sturdy brother reduced weak, a painful sight he was.

Returning home that night caught up in reflection mood, reminiscing about life, and how fragile it seems, and that even the healthy & firm amongst us will eventually succumb to it, unspoken. I realise all people should learn to care for each other, and work toward the public/common good.

Catching a glimpse of the advertising board lining the terminal wall façade as seen on the image, I rose to read the words to it, with a quick snap hesitantly of course before the Tube rail could pull into situ, to the amusement of fellow commuters.

Change: Good people. Bad habits – so it reads. For a second as if the advertisement actually spoke to me, our condition, you know – the Gambia situation! Whether coincidence or fate, it so happened in the week preceding BBC Africa online reportage on contemptuous Gambian ’taxi’ drivers, who refuse to observe the highway code, traffic-light violations, extreme beeping as if a market vendor on a loudspeaker. Not a good image of the country i’m afraid – encounters we are all too familiar, but tolerate.

While it is true that govt should not lose sight of the everyday reality ordinary families endure to make ends meet, certain behaviours are on us, individually, to look inwardly and act right in view of statutory law. For example, KMC’s recent efforts to beautify streets for a cleanse local habitat should correspond with our individual desire to take ownership of localities – Keep It Clean; Healthy Lives.

Good people, questionable habits, if one could rephrase that way, speaks volume of the Gambia post-Jammeh era. The rate sexual violence against girls and women reeks of exceeding cruelty; petty crime, as well as outright thieves in our govt claiming to be for the public. Requires attitudinal change of monumental strides to recalibrate and showcase the national character and wellbeing of the Gambian state.

You’d think that the situation for the youths requires more than mere plastering – a bigger fish to fry so to speak – as far as deliverable jobs and technical training programs are sought. Their predicament, compounded by lack of big manufacturing bases to absorb them, pose an existential threat for the gov’t, any gov’t.

‘Anything for the youth, without the youth, is not [fit] for the youth’, Prof. Sait Matty Jaw, once exclaimed on twitter. The situation is changing, I will give that much, though much work remains. And it is also correct to idealise that Gambia should have been much richer and prosperous than the lowly lows it holds as a poor nation-state.

A visionary, as president Jawara was, will move to revive / operationalise a groundnut oil producing factory, biscuit factory, cotton production in Basse, while attract big investment banks, electronic assembly plants and for big western companies to come establish as a centre for customer service, given the English language. Surely, the administration will have known what’s on offer is small comparable to the dreams and aspirations of the population.

Again, Good people. Bad habits – The multiplicity of challenges facing state, not least collusion and corruption in the Healthcare industry is enough to strike a headache. But it is the national debt burden i wish to comment on. Gigantic, and unacceptable as it costs the country some @ six hundred million dalasi each month in interest payments alone – you now begin to see the trap of financial ruins Gambia’s in. While it is generally recognised that past mistakes make for the ugly reading, current economic administration offer little comfort toward a better way forward.

And since The Gambia pride herself as a land of Good people, Heart, and Good Habits – a fairer distribution of national resources is a good starting point I think. With all the talk on diversification, countryside folks in rural areas need a piece of the cake too. In a highly globalised world, Gambian youths need NOT leave their homes in order to spark big social changes, realised dreams. Because, a new world order has emerged, the making of which require principled men and women to stand counted, ethical and unselfish in their affairs. The Barrow administration need show it cares for the wellbeing of all citizens, and address the dangers of corruption head-on, not with flimsy commissions, but a credible POLICE PROBE.

For the National Interest