The Fatu Network
Home News PRESS RELEASE ON RECENT DEVELOPMENTS ON COVID-19: WHAT NEXT- A NATION IN...
Facebook
Twitter
WhatsApp
Linkedin
Viber 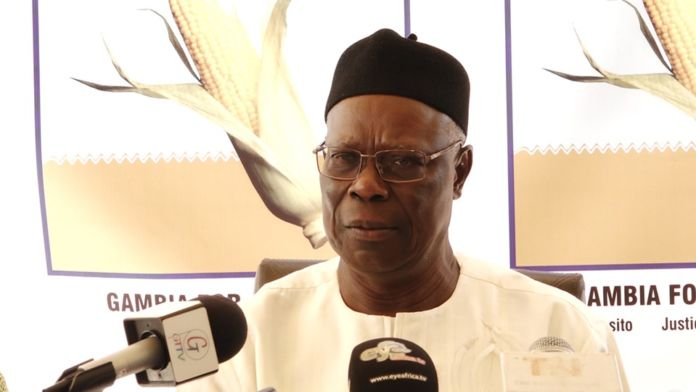 We come back to express our very deep concern over the way and manner that a major national crisis continues to be handled without the seriousness of purpose and diligence that should be the hallmark of a country at war, which we all agree, is the case as in other parts of the world with the advent of the coronavirus pandemic. The message coming out of the National Assembly during their Extraordinary Session seems to have missed the point. The fight on the chamber floor should not be about asserting the legislative power but promoting a united front against COVID-19. If we all agree that to arrest the spread of COVID-19 we need to adhere to the WHO guidelines which the state of emergency helps to ensure, however imperfectly, then let us allow the state of emergency. The focus of the discussion should be on how to alleviate the resulting socio-economic hardships through a clear roadmap that goes beyond the provision of food relief and, setting out clearly the potential impact of the coronavirus on the key sectors of the economy such as agriculture and tourism, proceed to outline measures for addressing the challenges.

GFA had earlier said that we should not politicise COVID-19 because the risk of national disaster extends beyond the scope petty partisan politics. We need a national collective effort in this struggle, which should, as a priority be directed at raising public awareness and getting the citizens to play an active role in the fight. It is in this regard that our Party, GFA, in its press release of April 20 strongly urged the government to … “ start by bringing together representatives of religious and traditional leaders, political parties, trade unions, private sector and civil society to promote wider understanding of and support for the challenges and ensure a wider mobilisation of the community effort.” It is clear that this has not happened as the NAMs during their recent sitting confirmed what is already common knowledge, i.e. the persistence of a disturbingly low level of awareness of the dangers among the population. This explains the behaviour of most members of the public today. The people have a central role in this fight, and to assume that role they need to be more aware of the disease and the measures that need to be in place in order to take full ownership of the process. Unfortunately, the Government has failed to provide this space and we have not heard the National Assembly push for it either.

In the first place, no keen observer can miss the point that the Government’s own attitude, as well as its efforts so far in addressing the pandemic, are best characterised by lack of diligence as well as woeful failure to rise up to the occasion. Ineffectual communication, indeed lack of transparency altogether, maintains the nation in darkness about immediate and medium-term plans, if any, for helping the economy to recover through help to businesses, especially the sectors of tourism, fisheries, agriculture etc., in order to protect jobs and livelihoods.

And, indeed, the outbreak of the Coronavirus epidemic presents us with a multi-faceted crisis threatening lives and livelihoods on a scale we may not be able to withstand. Where, for argument’s sake, the crisis is reduced to its simplest dimension as just a public health issue, recent admission by the Health Minister before the National Assembly, speaks volumes about the precarity of our situation; Gambians are now left with no illusion about the prospects of gloom and doom facing us, unless by some miracle we can achieve a turnaround in our management of the critical health system, amidst such an appalling penchant for bare-faced thievery and diversion of public resources, so much corruption with resultant ineffectiveness. One other front opened in the crisis is in respect of the ravages of hunger and hardship brought, or worsened, by the restrictions decreed under the declared state of emergency. After much delay, the Government announced amidst fanfare its food aid programme, holding it out as its flagship relief operation. Fine, we welcome food assistance; it is still better late than never! But then, for heaven’s sake, get the foodstuffs to reach their ultimate destination, i.e. the beneficiaries’ kitchens. Leaving them littered in the McCarthy Square, or even stacked in intermediate stores located in distant regional administrative headquarters, for nearly three weeks while the people starve in their towns and villages, is callous, on top of being an indictment of the administration for its inefficiency. Why, in the first place, was it necessary to deploy the logistics and waste the energy to cart all those tons of rice and sugar with drums of oil to be displayed at the Square in Banjul. Is it that the supplier(s) have no store(s) to keep them from where they could have been collected by vehicles in an expeditious, controlled and orderly manner? Or is it another case of political showmanship reminiscent of the Jammeh era, – in very poor taste to most people?

Returning to the National Assembly, and the debate on extending the state of emergency, we remind Members that exceptional situations demand exceptional measures; we expect the NAMs to lead in this regard in their attitude to the subject presently before them for consideration. They have an important role because of their outreach capacity and the recognised positions they occupy in the constituency, which should be used to reach out to all, irrespective of political, religious and ethnic affiliation and create the inclusiveness necessary at the constituency level to allow genuine participation in the struggle against the COVID-19 pandemic. This will complement the Government’s sensitisation programme and help ensure that any support received at constituency level from Government or other donors goes to the deserving populace within the constituency. We should not allow the exploitation of the misery of our people for political or any other gain.

We continue to believe in the establishment of a National Solidarity Fund which should collect all donations given in the name of combatting COVID-19 and which will be managed in a transparent and inclusive manner to avoid the abuses we have seen. We expect the NAMs to push for the creation of such a fund and expect them, as a mark of solidarity to be among the first to make personal donations to such a fund.

Combatting COVID-19 goes beyond Government and National Assembly; it is a national challenge requiring a collective national effort. When the history of the struggle against COVID-19 gets written the role of both the Executive and the Legislature will be scrutinised and any failure on their part will be a serious indictment of the political class of this country at a time when the country needed them most.

GFA believes things can and should be done differently if we are to win the fight against COVID-19 and its socioeconomic consequences.

Before concluding, GFA wishes to express once again its deep appreciation to the health workers and other frontline actors who are working tirelessly and at great risk to themselves and their families.