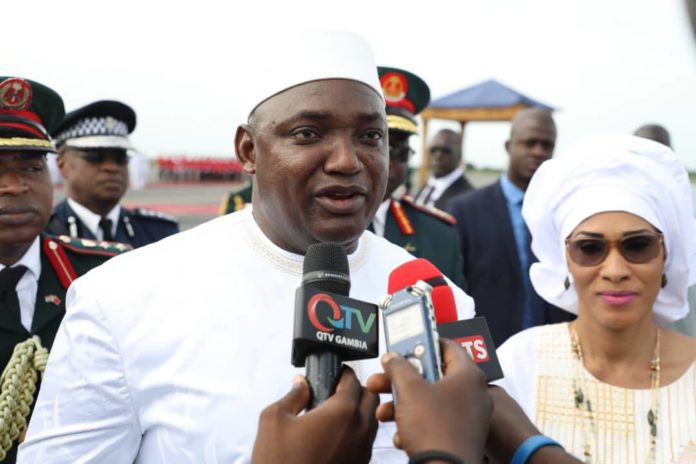 The President of The Gambia, Adama Barrow has downplayed the Finance Minister’s reports on the Government Officials travel expenditures that amounts to Hundreds of Millions from January to July, 2018.

President Barrow amidst shocking revelations of his Finance Minister, flew to New York for the UN General Assembly in a charter flight.

When asked at the Banjul International Airport about the report he said: “Its just $4 Million Dollars…Compared to other countries.”

But even if one goes along with what President Barrow has insinuated by comparing his claims with other countries like Tanzania, its a complete different story altogether. President Magufuli of Tanzania flew to New York for the UN General Assembly in a commercial flight.

When asked why a commercial flight, the Tanzanian President said

“I will channel the money I would have spent on a private jet and a huge entourage to savings for the purchase of more planes and revamp the Tanzanian airlines.”

The President of Mexico, Lopez Obrador on Wednesday night was stuck on the runway aboard a commercial flight for more than three hours in the Pacific Beach Resort of Huatulco, Mexico.

“I would cringe with shame at boarding a luxurious plane in country where there is so much poverty,” Lopez Obrador said.

In the contrary, President Barrow flew with a high powered delegation to New York for the UN General Assembly in a vista jet, a charter flight.

Vista jet is a global business aviation company that flew government, corporate and private clients between any two points, under a “pay for hour flown” fare structure. It is reported that from Banjul to New York is $15, 000 Dollars per hour with a direct flight of 8 hours. Thus, sixteen hours return flight will cost the Gambian tax payer a whopping $240,000. 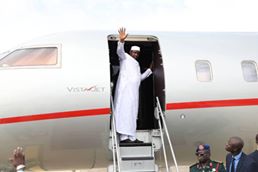 The above estimates is only for flight cost with the exclusion of accommodation, per diem and food amongst other expenditures. The delegation that left on Saturday, 22nd September is expected back to The Gambia on the 1st October, 2018.

The press release from State House only mentioned the First Lady, Cabinet Ministers and Government Officials but did not indicate the number of delegates to accompany the President to the 73rd UN General Assembly in New York.

The Fatu Network has contacted the Ministry of Foreign Affairs to shed light on the matter but they instead referred us to the Press Director at the Office of the President. The Director of Press, Amie Bojang Sissoho who is part of the delegation that accompanied the President was contacted but has not responded.

Meanwhile, the First Lady who is not a government official is allocated an unspecified allowance which is not captured in the Central Government’s Budget.