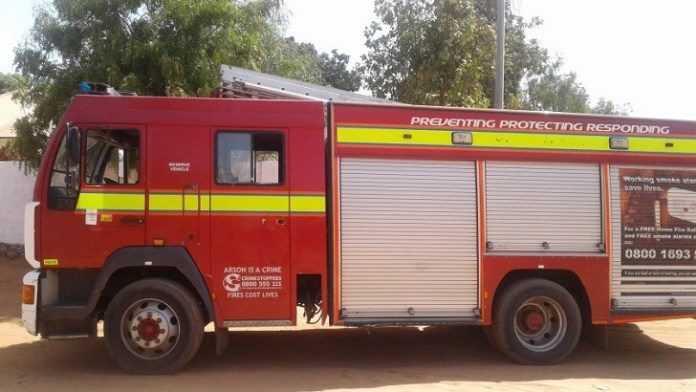 The Gambia Police Force Thursday said its investigations have revealed no signs of ‘external involvement’ in the deaths of a Mauritanian couple.

Last week, Kololi woke up to the shocking news of the death of a Mauritanian businessman and that of his wife. The couple were found dead inside their shop.

The statement signed by the force’s spokesman Lamin Njie said: “On Thursday 30th May 2019, at around 1800 hours, the Office of the Inspector General of Police received information that the shop of Sheikh Babou, a Mauritanian, situated at Kololi had not been opened for quite a while and an unpleasant odour was exuding from the shop. The information prompted officers to immediately visit the scene where the lifeless bodies of a man and woman identified as Sheikh Babou and Mariama Babou his wife were found. Also their six month old daughter was found alive.

“The officers immediately evacuated the child to the Serrekunda General Hospital for medical attention as she too sustained injuries.

“The scene was preserved, protected and subsequently visited by forensics and crime scene experts who examined and collected evidence from the scene.

“Preliminary investigations revealed no signs of external involvement as so far evidence points to supposed domestic violence leading to a fight resulting to the death of both.

“This is further corroborated by evidence of previous history of violence and mental health issues around the couple.

“The Office of the Inspector – General of Police hereby informs the public that investigations are ongoing and its outcome will be made public as soon as concluded.

“Meanwhile, the baby is positively responding to treatment.

“The general public is encouraged to come forward with information that maybe useful to the investigation.”