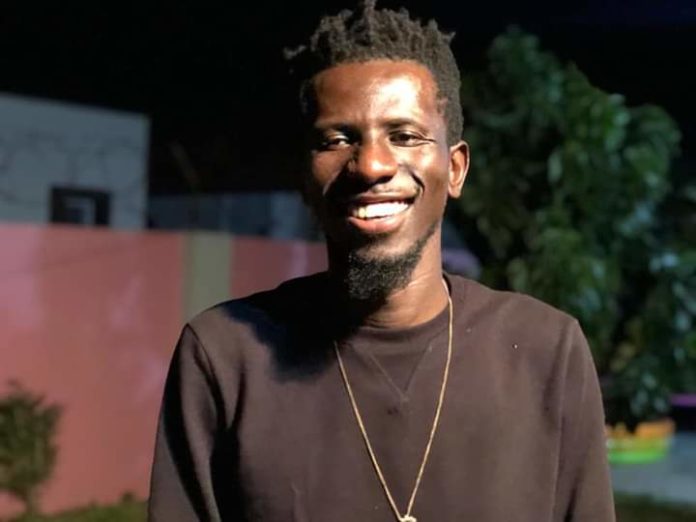 Touted for its deep political culture, Salikenni is described by pundits as the ‘University of Gambian Politics’. Also called Lambai-Moribolong, Salikenni,  is the 12th largest rural town in The Gambia out of Greater Banjul area, located at Central Baddibou District, North Bank Region of The Gambia.

The people of Salikenni had a deep sense of political consciousness before independence, and they are renowned for their ethos of self-reliance, which makes them stand tall in the history of Gambian politics.

The gallant political aficionados of Salikenni triumphantly proclaim the spirit of the rural town with a Mandinka proverb: “Niyeah Salikenni konoma, e’kata arwulu lakira leh”; which means, If anybody becomes so foolish as to become pregnant and intoxicated with hatred for Salikenni to the point of attempting to attack Salikenni, you give birth to that pregnancy in the next world; dead and buried.

The first chief of Central Badibou, Alkali Kekoto Dibba, was installed in Salikenni in 1893 – and ruled from 1893 to 1899. He was the ‘Alkali’ (head of village) at the same time. Since then chieftaincy in Central Badibou has been hereditary until in 1964 when Chief Mustapha Chaku Dibba was duly elected by the people, and had ruled from 1964 to 1969.

Historical evidence suggests that the people of Lambai played a significant role in the formation of PPP (the ruling party of the first Republic), and the struggle for Gambia’s self-rule. This led to a capture of political power by rural-based political movements as opposed to the political movements based in urban Gambia. However, urban-based United Party (UP) of P.S Njie, still enjoyed some support upcountry which made politics dramatic in Salikenni before independence.

Sheriff Mustapha Dibba, a son of Chief Mustafa Chaku, was PPP’s number-two and first vice president when the Gambia gained its republican status in 1970, while remaining as finance minister.

Dibba, was the first finance minister to balance a budget in the Gambia.

Sheriff, known for his no-nonsense disciplinarian style, resigned from the office of vice president when his brother got involved in a smuggling scandal.

“In view of the circumstances on this matter, I have regrettably decided to resign from the office of Vice President, in accordance with Section 46(c) of the constitution with effect from today. In taking this decision, I wish to inform you that I have no knowledge of this crime when it was being committed, and that I wish to declare my innocence”.

The wise old man from Barajally accepted Dibba’s resignation but not without remorse. In a letter dated 15th September 1972, Jawara replied:

“With much reluctance I accept your resignation. I appreciate the dedication and high sense of responsibility to the Nation which has prompted this difficult decision on your part, and I can assure you that I have no doubts as to your innocence. I hope therefore in consonance with your pledge of loyal support for the Party and Government you will continue serve as Minister of Finance”.

The thoroughbred royal son of Salikenni left Cabinet but was redeployed by President Jawara to the foreign service. S.M Dibba, once described by the U.S. State Department as a future leader, was later expelled from PPP and formed his own new party, the National Convention Party (NCP) 0n 7th August 1975. In the following quotation from a highly credible source, I present the circumstances that led to Dibba’s expulsion from the then ruling PPP:

“The British high commissioner, J. R. W. Parker, stated that he had been informed by Eric Christensen (the secretary to the cabinet) that the atmosphere in the cabinet had become “intolerable,” with Dibba “constantly voicing his criticism of some of his colleagues and attempting to split off the others.” Parker further suggested that there had been rumours for some time that dissident groups were intending to form a new political party to challenge the PPP at the next general election and that some ministers believed “that Dibba was in touch with, or attracting support from these groups.” President Jawara also told Parker that Dibba had been seeking to take advantage of a general strike which had broken out on July 28 and that his “appeal was essentially to the hard-line Mandinka tribalists who wanted a dominant say in all the affairs of the country, to the virtual exclusion of other ethnic groups.” For his part, Dibba later claimed that his expulsion was engineered by three principal cabinet opponents: A. B. N’Jie, the minister of external affairs; Sir Alieu Jack, the minister of works; and M. L. Saho, the attorney general. Significantly, as noted, all three men were Banjul Wolofs” (Hughes & Perfect, 2006, p, 188).

NCP had gained support from Sheriff’s home region of North Bank, Kombo Saint Marry and Brikama, and places dominated by disgruntled migrants from Salikenni and other parts of rural Gambia who felt under-represented in Jawara’s cabinet at the time, and were dissatisfied with the difficult underlying conditions in Gambia. A corrupt political class, rising unemployment, heartless economy, sclerotic bureaucracy, a divided to distracted public, had gone untreated for some years.

Amazingly, the political landscape of Salikenni became fierce and interesting, when Sheriff lost a parliament seat in his home constituency of Central Badibou in 1982 to PPP’s Salikenni-born Dr Lamin Naffa Saho. The town became a house divided; some families sided with PPP, whilst big section held their ground with NCP.

The prominent politicians and opinion leaders in Salikenni during these historic years were Alh Karamo fatty of PPP, who later became the regional Chairman of United Democratic Party in 1996 after Yahya Jammeh overthrew Jawara and banned PPP. and a strong stalwart of NCP, Masaneh kuli-jarra Saidy Fatajo.

Masaneh Kuli-Jara, has for long been celebrated for his bravery and uncommon determination to salvage Gambia from colonial rule and maintaining social justice. He has recently been described by an avid connoisseur of our local political history former Presidential Affairs Minister, Momodou Sabally, as, “an interesting activist-cum-Political-rabble-rouser”. To date, the sound of his name brings back to life memories of Saliknni’s rich pokicitxalmpas which can never be fully narrated without mention of the dramatic name, Massaneh Kuli-Jara.

On the EU and their Affront to our Religion and Culture: Let’s Break the ‘Yabaateh’ 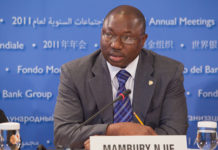 On the Audacity of Fiscal Profligacy: Letter to the Minister of Finance (Part 3)

On the plight of Gambian students studying abroad: Letter to my president