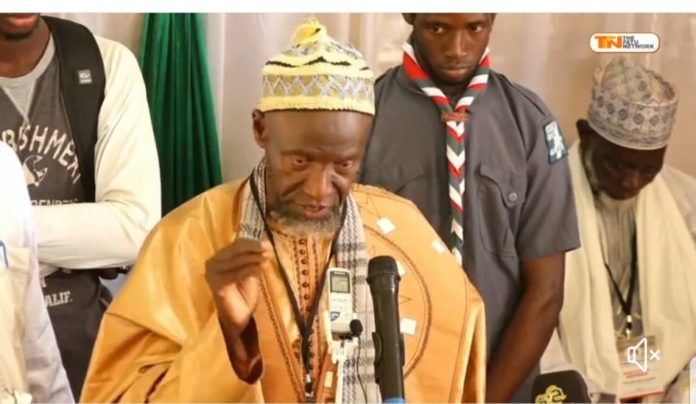 The country’s new Islamic leader Sheikh Essa Foday Darboe is a 63-year-old ‘great’ linguist and writer, according to a biography on him.

Sulayman Bin Tumani Danjo in a biography translated by Canada-based Basidia M Drammeh said Sheikh Essa grew up in a family with a prominent religious and political position in Gunjur.

A great linguist, an able writer, and preacher, Sheikh Darboe is a graduate of the College of Arabic Language and Islamic Studies at the Islamic The University of Madinah, and principal of the Solidarity Center for Islamic Studies, the Secretary-General of the General Secretariat of Arab Islamic Education in The Gambia, and lecturer at the Gambia College in Brikama, according to the biography.

The biography continued: “Sheikh Essa Darboe began his educational career at a very early age, at his father’s hands in Darboe Kunda in Gunjur before he finally joined Sheikh Hattab Bojang School, may God have mercy on him, in 1964. He was about seven years old at that time.

According to the biography, Sheikh Essa was in September 1976 appointed as a teacher at the Ministry of Education under the supervision of Sheikh Hattab, who sent him to the “Pakalinding” primary school to teach Qur’an and Islamic subjects at the age of 28. Sheikh Hattab Bojang was then the general supervisor of Arab Islamic education at the Ministry of Education, the biography said.

It continued: “In 1977, Sheikh Essa Darboe took part in a training course supervised by his Sheikh Hattab Bojang, representing the Ministry of Education in the Gambia. The Ministry organized the course in coordination with the World Federation of Arab Schools in Riyadh, Imam Muhammad Ibn Saud University and King Saud University in Saudi Arabia to train Quran teachers in Gambia’s public schools for three months.

“In 1986, Sheikh Essa obtained a BA degree in Arabic Language and Islamic Studies at the Islamic University, and he was the first Gambian student to graduate from this college.

“In 1988, Sheikh Essa obtained a higher diploma in teaching Arabic to non-native speakers at King Saud University in Riyadh.

“In 1988, Sheikh Essa Darboe returned to his home country of The Gambia after his mentor, Sheikh Hattab Bojang passed away. When he arrived, he found that the academic projects left by Sheikh Hattab were on the brink of extinction, so he undertook, in cooperation with Sheikh Muhammad Al-Amin Touray and Sheikh Dembo Kurus Touray and Sheikh Ismail Manjang, an initiative aimed at reviving these projects.

“Finally, they succeeded in those initiatives, underlying their loyalty to their late sheikh. Once they succeeded in the restoration of many Islamic schools founded by Sheikh Hattab in urban and rural areas, in addition to the Islamic Solidarity Association for West Africa – they agreed that Sheikh Mohamed Al-Amin Touray should assume the presidency of the association, Sheikh Essa Darboe as his deputy, and Sheikh Ismail Manjang as the Principal of the Khaled Bin Al Waleed Islamic School in Kombo Gunjur.

“Sheikh Essa Darboe is equally a lecturer at the Brikama College, the Solidarity Center for Islamic Studies, and an instructor at Khaled Ibn Al-Waleed Islamic School in Kombo Gunjur at times. He also gives classes in exegesis, hadith, jurisprudence and others.

“In 1998, Sheikh Essa Darboe, Sheikh Muhammad Al-Amin Touray and others established the Ubay Ibn Kaab Institute for the Memorization of the Holy Qur’an. Darboe – may God protect him. The writer was one of the first to enrol in this institute, as he came from the countryside of “BOLONG KONO” to Kombo Gunjur to learn. Sheikh Essa – may God protect him – was one of my first Sheikhs in Gunjur.

“In the late twentieth century, specifically in 1996, Sheikh Essa Darboe was appointed Secretary-General of the General Secretariat of Arab-Islamic Education in the Gambia.

“Under Sheikh Essa Darboe, the Secretariat has significantly promoted dual education in Islamic schools in The Gambia. The importance of dual education in the present era cannot be overemphasized. His efforts resulted in the standardization of textbooks in Islamic schools. They improved teachers’ financial situation somewhat, especially teachers, under the secretariat’s sponsorship with the government’s subvention. However, teachers still expect a lot of development and progress in various fields. The Secretariat has made remarkable efforts in promoting Islamic education in public schools, and other things that cannot be mentioned.

“In 2002, Sheikh Essa Darboe obtained a general diploma in Imamate, Da’awah and Public Speaking from the Institute for the Training of Imams and Preachers in Makkah Al-Mukarramah.

“His Da’awah efforts are represented by his radio programs, such as the “Islamic Forum” program. Sheikh Sidya Ceesay, Sheikh Muhammad Al-Amin Janneh, may God have mercy on them, and Sheikh Kawsu Fofana took part in the program before going into exile.

“Sheikh Essa Darboe has another radio program on the “JANNEH KOTOO” radio station in Gunjur and the “Hadith Al Islam” program on the new TV station called QTV. These programs benefit listeners in various countries in West Africa. The Sheikh also participates in public lectures in Gunjur and elsewhere, and he is also one of those who step in for Imam Muhammad Al-Amin Touray in the Friday sermon and congregational prayers in the Grand Mosque of Gunjur, as well as the sermon of the two feasts, as well as giving lessons.

“Overall, Sheikh Essa Foday Darboe is a genius intellectual with supernatural intelligence, far-sightedness, and high culture. The newly appointed GSIC President has a keen interest in modern sciences and international languages. He has learned the English language with self-effort and personal desire until he has mastered it, far from formal study. Sheikh Darboe is one of the leading intellectuals in the Gambia. He is one of those who speak more than one of the international languages and has extensive knowledge in project management. The most unmistakable evidence for this is his leadership in running the Solidarity Center for Islamic Studies and the General Secretariat for Islamic Arab Education in the Gambia. It can be said that Sheikh Essa is a pioneer of Islamic education and Arabic writing in the Gambia.” 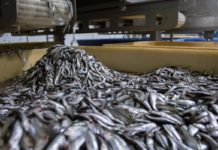