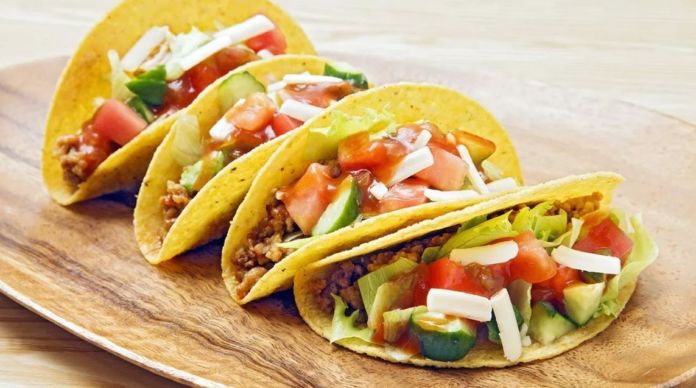 A man in California died shortly after competing in a taco-eating contest at a minor league baseball game, authorities said Wednesday.

Dana Hutchings, 41, of Fresno, collapsed during a between-inning promotion of the Fresno Grizzlies game against the Memphis Redbirds at Chukchansi Park on Tuesday.

He hit his face on the table and fell to the ground about seven minutes into the contest and emergency responders tried to resuscitate him with the Heimlich maneuver and CPR.

Witness Matthew Boylan told the Fresno Bee around 40 fans watched: ‘He was eating so fast compared to the other two [contestants]. It was like he’d never eaten before. He was just shoving the tacos down his mouth without chewing.’

The cause of death is not official but it was reported emergency workers cleared food from his throat indicating that he choked.  (DailyMail)