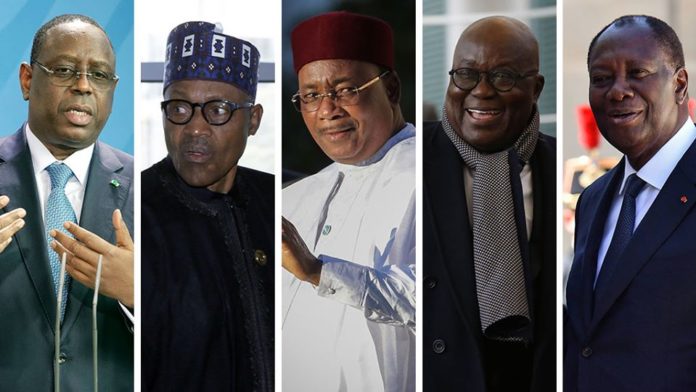 Presidents from five West African countries arrive in Mali on Thursday to try to negotiate an end to a political crisis that has rocked the country and raised fears it could undermine a regional fight against Islamist militants.

Infuriated by corruption, disputed local election results and army losses to jihadists, tens of thousands of people have taken to the streets, sparking clashes with police in which the United Nations says at least 14 protesters have died this month.

The opposition, a group called M5-RFP whose figurehead is Saudi-trained Muslim cleric Mahmoud Dicko, has said it will not quit until President Ibrahim Boubacar Keita steps down, raising concerns in neighbouring countries of a protracted crisis.

“M5-RFP demands the resignation of Keita or the satisfaction of our demands,” which include the establishment of a committee of inquiry into civilian deaths and a transitional government, the group’s spokesman Nouhoum Togo told Reuters on Thursday.

The leaders of Nigeria, Ivory Coast, Senegal, Ghana and Niger will meet with Keita and then Dicko and other opposition leaders at a hotel in the capital Bamako, according to the mission schedule.

The leaders are expected to make a statement before departing early in the evening.

Share
Facebook
Twitter
WhatsApp
Linkedin
Viber
Previous articlePresident Barrow makes light of Peter Gomez’ indirect ask for him to wear his mask
Next articleKaddy Jarju: The policewoman who thought she’s in trouble after her photo got online only for her to be told by the police chief she’s promoted