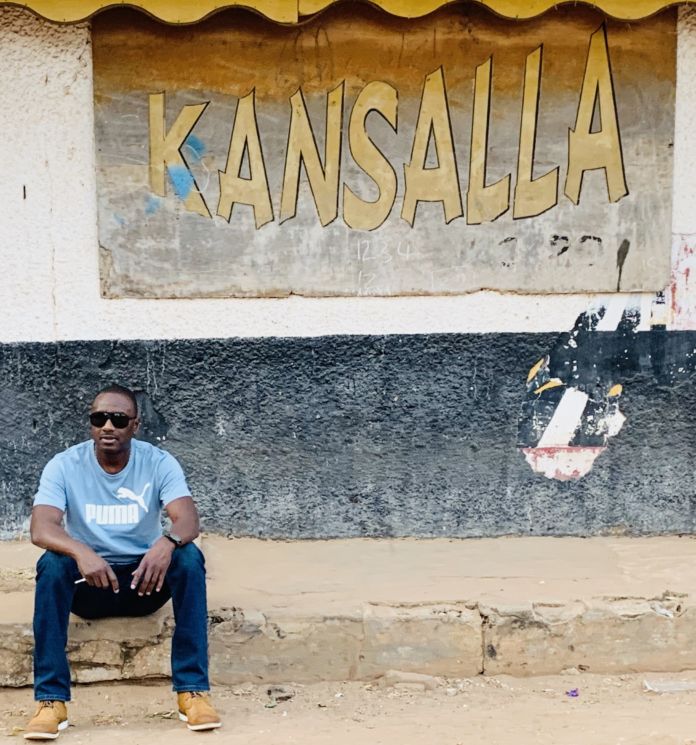 I went back to my old neighborhood for a visit, and memories of the Kansalla Night Club came flooding in. Not sure when it initially opened or when it finally closed for good, but it was a place frequented by many and a part of my childhood memories. It was located at the heart of Bakau Sanchaba (sunge junction) rights next to a bodofel ak jayeakayi karinge. Only Bakau can pull such – a Night Club right next to a bodofel ak jaiyeakayi karinge! Kansalla was the spot for many years. The action would start later in the evening (borri timiss), and culminate at dawn (njale), almost on a daily basis. The music and the drama went hand in hand. There was never a dull moment at Kansalla
The evenings prepared the nights with a host of Bob Marley songs prior to the club opening its doors. Right around timiss was when you would first hear Bob Marley’s voice shooting out of the massive speakers, and the sound of reggae music, clapping like thunder. Songs like Kaya Now, Natural Mystic and Buffalo Soldier. “Got to have kaya now, when the rain if falling.” And when the rain was falling in Bakau, you can bet your lunch that they were having Kaya at Kansalla. It was all part of the natural mystique that made Kansalla the spot I guess!
The music could always be heard all around the neighborhood, and you can always catch me singing along and learning the lyrics of Bob Marley’s songs. Once the doors were open, we would usually sit at the junction to get a glimpse of the patrons going in and out. They generally go in sober, but come out drunk. We witnessed many fights there, bunti Kansalla. “Sa nagam tani ndey man, yow nga hammeh maladey pejeh beer 🍺.” Boy bayil nonu man, sai sa friend la, bulko torpa.” These were some of the things we heard at Kansalla fight scenes. Drunks fighting and other drunks attempting to intervene and break up the fight. Absolute entertainment!
Obviously, kids were not allowed to enter the Night Club, but I somehow found myself inside Kansalla a few times while the patrons were grooving and getting hit by the jumping lights. Not sure if I was sent in there to call someone or sent by a patron to buy cigarettes for them, but I remember being inside and wishing I was old enough to go clubbing, without the “drinking and smoking” part. I too wanted to be hit by jumping lights. So at form two in High School rek, ma topator pass dem Tropican Night Club and got hit by the jumping lights there while grooving on the dance floor. I ran into my uncle fofu, and he said to me “Hai Modou Ndow! Yow loy deff fee? Dinako wah sa Papa!” Not sure if he did or not, but I never heard from dad regarding the incident. Sorry, I digress, back to Kansalla!
Kansalla was also rented out for private events at times, and these included renting it out to High Schools (for their passing out event) and other people who wanted to have a private party. The club was also frequented by tourist, and with that came some level of prostitution too. Kansalla was action packed, you name it, it was happening there. If my memory serves me right, there was a fight that resulted to a murder there. Stabbing!
Kansalla Night Club was owned by Tiger, and he was the man. With any level of success in Gambia, then and now, comes with group bi dogo dogo kats, and Tiger had plenty. The siboru ak dogo dogo culture in Gambia is real and has been around as far as I can remember. Tiger had loads of people around him, and they ran his errands in exchange for what ever favors they were able to get from him. “Yes Sir, Yes Sir”, just like we heard Rambo Jatta say to Goloh! Because Tiger lived at Kansalla and also had rental motorcycles, his boys were always there hanging out, even when the club was closed. Tiger’s living quarters was attached to Kansalla. Sayor rombey, guy yangee tork si bitti di hang!
When we heard a loud vroom vroom, we always knew neh Tiger was about to ride his big motorcycle, and we would run out to watch. His personal motorbike was different from the rental ones, and he was a fantastic rider! He used to race with another good rider (whose name I can’t remember for the life of me), and we used to go watch them around Cape Point. Of course, I always picked Tiger as my winner!
I am not certain how and why, but we just woke up one day and Kansalla was gone for good. I guess it ran its course, and it all happened under my young watchful eyes, and now part of my childhood memories. The bodofel ak jayeakayi karinge are long gone, but Kansalla still stands. It is now a Casino!