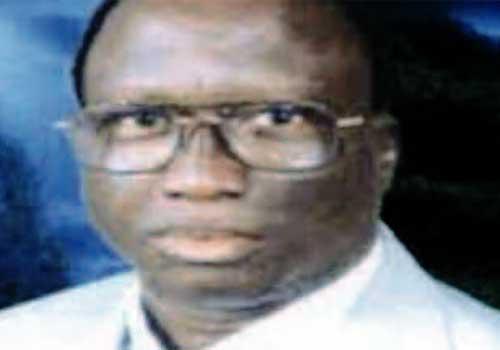 Forty years ago, The Gambia was rocked by a coup attempt against the PPP government of Alhaji Sir Dawda Kairaba Jawara. The violence lasted 8 days, and 1000 Gambians were killed and property worth 5 million US Dollars was lost to looting and arson, dozens of women were raped. The Kukoi coup was unique in that it was led by a civilian, and the plotters led by Kukoi were mainly civilians including taxi drivers, fishers, and watchmen.

While President Jawara was away in London, UK, attending the marriage ceremony of Princess Di. and Prince Charles, Kukoi assisted by 11 men walked from their base in Tallinding to Bakau where they attacked the Field Force armoury and started the coup on 30 July 1981, a day before Eid. The first to die was Kikala Baldeh, the armoury commander. Thence the rebels took over Radio Gambia, Yundum Airport, and State House. At Radio Gambia, Kukoi made his first broadcast to Gambians announcing his coup, and composition of his new government called Supreme Council of the Revolution(SCR) which he chaired. At State House, Kukoi kidnapped the First Lady and the rest of the Jawara family and held them hostage, until they were freed by a special British force. Hostage taking was a disturbing peculiarity of the Kukoi coup hitherto unknown in coup making in Africa. Kukoi had other techniques at hand: he kidnapped notable Gambians and forced them at gunpoint to denounce Jawara over Radio Gambia. Sanjally Bojang, the respected chief and farmer was a good example. They were forced to denounce Jawara and to ask him not to return to The Gambia.

The writings were on the wall!

The writings were literally and figuratively on the wall. There was a looming disaster and all Gambians knew something terrible will befall our Republic. In 1979-1981 period, there was youth revolt led by the various anti government subterranean groups like Black Scorpions, Movement of Justice in Africa(MOJA), The Gambia Socialist Revolutionary Party of Pengu George etc. These groups organized youths into resistance mood, and there was arson such as the burning of President Jawara’s yatch, the MV Mansa Kila Kuta; the burning of markets, street graffiti and sustained insults on state leaders including Jawara and denigrating of state institutions like The Gambia Commercial and Development Bank. In November, the assassination of the Field Force(Paramilitary) Commander Eku Mahoney at Baku Barracks by a sentry, Mustapha Danso shocked. By the time Kukoi struck, the PPP government was under sustained attack and severely undermined. Kukoi’s coup was the coup de grace; a lot of damage had been inflicted on the state already. As a historian, based on the archival evidence I have seen, the coup could have been avoided if Jawara and his security services were more alert. Kukoi for example, was moving in and out of the country unchecked and also certain opposition members like Pengu George were openly calling for armed revolt against Jawara. Nobody arrested them.

Kukoi Samba Sanyang was a brilliant young man. Born in 1953, and died in Mali in 2013. He finished Saint Augustines High School in Banjul and entered the famous Ngasobil Seminary in Senegal to train to become a Catholic priest. After a few years, he was expelled and in 1977, he stood as an NCP candidate in the elections of that year. Kukoi had faith in the democratic process of our Republic; he lost the elections in the Foni East Constituency that year getting less than 800 votes, and became disillusioned. Between 1977 and July 1981, he travelled the world learning revolutionary ideas. He lived in Libya and became known to Colonel Gaddafi who is suspected gave him the support to overthrow the PPP government. Kukoi was a brilliant man who became a miserable revolutionary.

How was the coup crushed?

The coup was crushed when Jawara was advised by his loyal Ministers, then holed up at the Police HQ in Banjul ,that there was enough resistance by loyal forces of the Police to stop the coup. He invoked the 1965 Defence Pact with Senegal and asked his High Commissioner to Dakar to work on military support from Senegal army to restore democracy in the country. Senegal sent troops to Banjul on 1 August 1981 and they crushed the rebels and Kukoi fled to Bissau. Dozens of Senegal soldiers died in fighting including the passengers in a military chopper shot by the Kukoi rebels at Radio Syd which killed all 18 soldiers on board. Senegal sacrificed to restore democratic order in The Gambia.

Jawara handled the aftermath well. He refused to be vindictive or vengeful. No ethnic group or region was profiled for the coup.  Over 2000 people were detained but each was accounted for, and there were no missing prisoners. Any detained person was given an arrest warrant and their names gazetted. There was no impunity. The hybrid courts tried the accused, and many, including opposition leader S.M Dibba, were freed, others sentenced. No executions took place from the treason trials. Rule of law was maintained.  All the 3000 rifles let loose from the Bakau depot were recovered by end of August 1981 thanks to joint effort by Gambian and Senegal security. Also, Jawara dared the assassins and  Meet the Farmers Tour from August 18 to 27 1981 to explain to Gambians what happened, and to call for National unity and reconciliation. State institutions like Civil Service and Judiciary were soon back at work.

The media played a key role in the reconciliation process. Through the Radio Gambia flagship programmes like One Gambia, One Nation, Gambians quickly reconciled and started the recovery process. He further explained that ‘through the Looted Properties Commission led by Alh K. Conteh,  contrite Gambians returned over 70 per cent of looted goods back to their owners; through the Detainees Review Panel led by Sheikh Joof, many people who were wrongfully arrested were released even before the end of August 1981. Through the External Aid Commission led by Ambassador E.M. Taal, international support poured into the country and ordinary Gambians also contributed money, chicken, and cows to the Government recovery effort. The people of Bakau Wasulung donated D600.00! Japan, for example, donated so many vehicles that Government started allocating cars to Civil Servants, a practice which exists today.

The Kukoi Coup shattered briefly The Gambia’s great reputation as a peaceful and democratic country. But due to assiduous leadership, our Republic recovered from the shock and had another 13 years of solid democratic rule before the July 1994 coup. The ill-fated Senegambia Confederation, The Gambia National Army(1984) and the intelligence service(1987), NIA, all came out of aftermath of the coup.

Any lessons for today?

What are the lessons The Gambia of 2021 can learn from The Gambia of July 30 1981: Well, there was too much bile and bitterness and insults against our elected leaders and public institutions in the years leading to July 30 1981 catastrophe. Public confidence was severely eroded. There was angst. The opposition NCP started their ‘sosolaso’(a Mandingo war song) campaign promising not to spare the PPP, for example. Kukoi used this opportune moment to strike. So Gambians should be remembering this.

Hassoum Ceesay is a historian and regular contributor to this journal. His latest book The Gambia and Pan-Africanism: 1900-2020, a Study in the International Relations of a Small State has just come out.

Share
Facebook
Twitter
WhatsApp
Linkedin
Viber
Previous articleDismissed from army, new GAP presidential candidate is now out to be president
Next articleCorruption in Gambia: Gambia For All issues statement