Istanbul-Gambia ‘Noran’ Tournament: More than just a game of Football 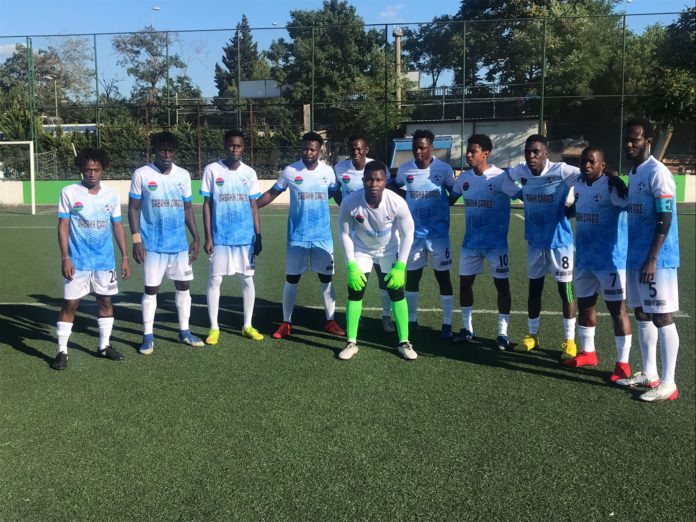 In the evening of Sunday, August 8, 2021, one of Istanbul’s football academy grounds Küçükçekmece (pronounced as chukuk-check-meje) stadium could be mistaken by anyone for Box Bar mini stadium or Sere-kunda East Park. It was the opening game of the Istanbul-Gambia ‘noran’ tournament – an all-Gambian affair that attracts the participation of over ten teams and five non-Gambian players per team.

Before the opening two matches of the night, Gambian youth in their droves could be seen doing high fives and bumping fists in anticipation of an event that serves as perfect reminder of how things used to unfold back home during the Zonals most especially and the seasonal summer games ‘nawettan’.

Habib Ceesay, the president of the tournament’s organizing committee says their intent is to create a platform that would allow Gambians of different backgrounds to interact and socialize with a view to promoting understanding amongst themselves.

Aside from the socio-cultural benefits of the tournament, the organizers believe it could also allow for the scouting of raw talents from the Gambia, considering the healthy number of students that are playing for the different teams. That particular goal may not be any wishful thinking in view of the dazzling displays of lads like Samba Njie, who plays for Teranga Cargo but still nurses the ambition of playing professional football at a higher level.

Beyond the sporting aspect, the ongoing Istanbul-Gambia ‘noran’ games themselves provide an escape route for the hundreds of Gambian youth who are working in the Turkish megalopolis, mostly in the textile industries locally called fabrica. After a grinding week of ‘çabuk çabuk’, the Turkish version of ‘fat-fat’ in our local parlance but which for the Gambian hustler in Turkey translates laborious and painful work.

His Excellency Serigne Modou Njie is the Gambia’s Ambassador to Turkey. The tournament, he says, makes their work very easy in the organizers’ quest to enhance relationships between Gambians whilst at the same time promote friendship and cooperation with the larger Turkish community.

On the football committee’s plans to use the tournament as a vehicle to highlight some of the pressing issues confronting the swelling number of Gambians in Turkey, particularly those related to residence permit acquisition, ambassador Njie states: “The issue of resident permit (Kimlik) is top on my agenda and was one of the key things I discussed with the Turkish authorities upon the presentation of my credentials. In fact, after that, there was a communication from the Turkish Ministry of Foreign Affairs, asking for more information about Gambians that are now living in Turkey.”

That information, Ambassador Njie discloses, has been delivered to the President of the Gambian Association in Turkey and that a list in that regard is being compiled. after which, he as ambassador, is expected to meet with the Interior Ministry and the Director General of Migration Management in Turkey (Göç İdaresi). It is hoped that the outcome of those scheduled engagements will help normalize the residency status of many Gambians.

Turkey is increasingly playing home to a relatively decent number of Gambians, especially young people in pursuit of higher education or pastures new. Over 300 students are officially registered with the Association of Gambian Students in Turkey (AGAST). The Gambian population in Istanbul alone (excluding students) is said to be in the region of 2000 people although it is 760 that are reportedly registered with the Gambian Association in Turkey.

- Advertisement -
Share
Facebook
Twitter
WhatsApp
Linkedin
Viber
Previous articleGlobal Direct Sales up by 2.3% proving its value to local economies even during Pandemic
Next articleAlhagie S Darboe says he was referring to political prostitutes and not Gambians

The hidden cracks of Public health service in The Gambia: Shall We Tell The President?