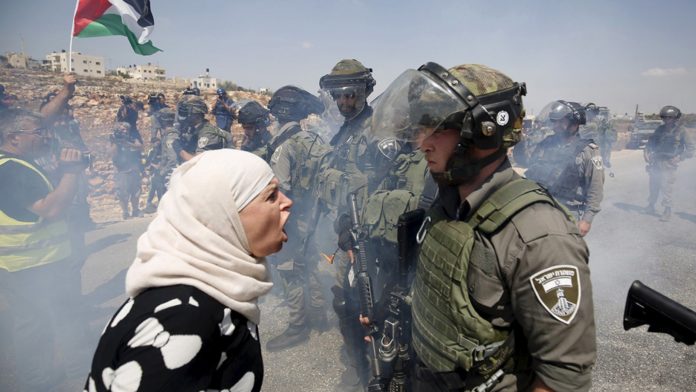 United Democratic Party has issued a statement calling for an end to raging violence between Israel and Palestine.

The Israeli army has in past days been engaged in airstrikes in Gaza as violent confrontations erupted between Israel and Palestine.

UDP said today in a statement signed by leader Ousainou Darboe: “Throughout the EID holidays Gambians and the rest of the world have watched with horror and consternation the violent attacks of the Israeli Defence Forces on Gaza.  The escalating situation in Israel and Palestine affirms once more that intractable conflicts can only be solved through peaceful negotiation.

“The senseless and continued Israeli bombardment of Gaza will have devastating consequences for more than two million people who have been suffering under an illegal Israeli blockade for 14 years. As is always the case, it is civilians who will bear the brunt, with their homes and livelihoods destroyed. Every effort must be made to dissuade both sides from further escalation, and to end the violence that is causing fear, death and misery on both sides.

“The horrific images also demonstrate that unless the root causes of a conflict are addressed, in this case the illegal occupation by Israel of Palestinian land and the denial of the Palestinian people’s right to self-determination, there will never be peace.

“The latest violence was sparked by an Israeli court decision to evict a group of families from their homes in the Sheikh Jarrah neighbourhood in East Jerusalem to make way for Israeli settlements. The sight of women and children being evicted from the homes their families have lived in for generations brings back painful memories of apartheid South Africa – of forced removals and land dispossession of the last century. Being forced from one’s home at gunpoint is a trauma not easily forgotten, and is carried across generations. For all who believe in equality, justice and human rights, UDP cannot but be moved and indeed angered, at the pain and humiliation being inflicted on the Palestinian people.

“Israel’s actions are a violation of international law. They show a total disregard for successive United Nations Security Council (UNSC) resolutions that call for an end to the occupation of Palestinian land and for the fulfillment of the rights of the Palestinian people.  Since Israeli security forces launched assaults on worshippers at Al Aqsa Mosque in Jerusalem last week, the violence has now engulfed the Gaza Strip, large parts of the West Bank and a number of Israeli cities. It has claimed the lives of dozens of people, including children.

“According to the United Nations Children’s Fund (UNICEF) at least 40 children have been killed in Gaza since 10 May. Over half of them were under 10 years old. It is also deeply troubling that Israeli forces last week destroyed a multi-storey building that housed a number of media organisations, such as Al Jazeera AP Reuters etc sending a chilling message to media reporting on the violence.

“UDP calls on all parties involved to show restraint, to respect human life, and to cease the current hostilities. Far too many lives have been lost to this intractable conflict. The continued occupation of Palestinian land and the suffering of the Palestinian people is a blight on the conscience of humanity.

“As a Political Party UDP is committed to being part of international efforts aimed at reviving a political process that will lead to the establishment of a viable Palestinian state existing side-by-side in peace with Israel, and within internationally recognised borders. The two-state solution remains the most viable option for the peoples of Israel and Palestine, and must continue to be supported.

“As firm believers in justice and freedom, UDP stands with the Palestinian people in their quest for self-determination, UDP also support their resistance against the deprivation of their human rights and the denial of their dignity.”