In One Week, Army Reports Death of Second Soldier! 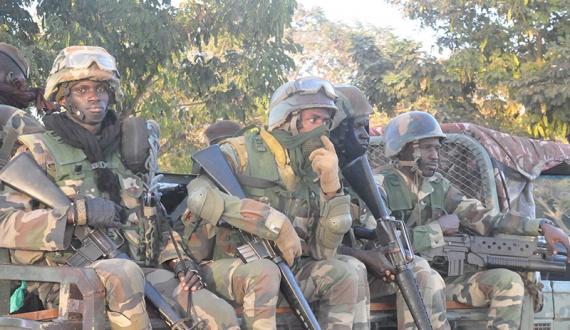 Information reaching the Fatu Network has confirmed the tragic death of one Lance Corporal Muhammed Lamin Jammeh, a Navy soldier who died in a pool during a swimming exercise, military sources say.

According to sources the unfortunate incident took place on Monday, 9 April 2018 at the Joint Officers Mess in Kotu.

The late Corporal Jammeh was laid to rest on the same day at his native village of Bwiam in the Foni Kansala District.

Meanwhile, the incident would be the second death report of soldiers within two weeks.

Breaking News: President Barrow orders army to be on stand-by over crime and criminality