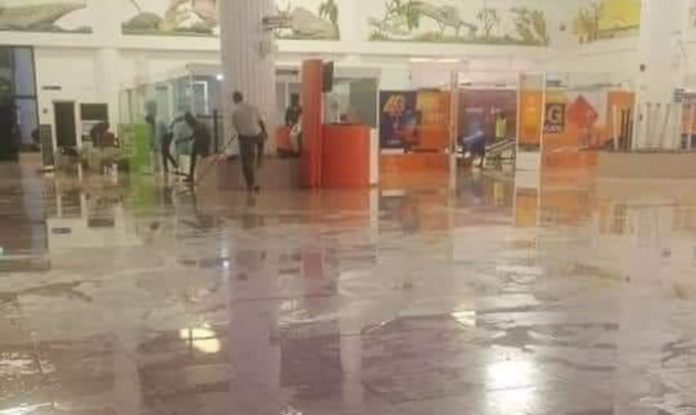 A troubling image making rounds on social media of the Banjul International Airport inundated with water speak volumes of the country’s state of affairs. The reported leakage at a recently renovated airport to the tune of $14 million reflects the poor maintenance quality due to suspected corruption. Incidentally, a friend of mine who recently visited the Gambia relayed his impressions about the much-vaunted face-lift of the airport. He told me that the tiles are of poor quality, insisting that he would prosecute the tile layer for corruption if he were President Barrow!

Corruption is endemic and pervasive across all sectors in the Gambia in the form of bribes, kickbacks, favouritism, nepotism, and the embezzlement of public funds. No official has ever been charged or indicted for corruption despite reported corruption cases since the Barrow Administration came to power in 2017. A recent survey by Afro Barometer has found that the Majority of Gambians see corruption increasing and the government failing to fight it. According to the report: “Over the past three years, citizens’ perceptions of widespread corruption among public officials have increased significantly. It also noted that a substantial number of Gambians report having to pay bribes to obtain public services, and only half believe they can report corruption to the authorities without fear of retaliation.

Likewise, the United States has recently issued a scathing and damning report accusing the Gambian authorities of turning a blind eye to corruption, lamenting the Government’s inaction to combat graft.

In the same vein, the Kanifing Municipal Council has been mired in corruption allegations, with the CEO put on administrative leave as investigations proceed in financial misappropriation. The Deputy Mayor also resigned, citing family reasons following a report published by the Freedom newspaper alleging that the Deputy was caught on a leaked tape involved in a bribe of about one million dalasi. Observers believe that the alleged corruption at KMC only came to light because the Freedom newspaper decided to blow the whistle; otherwise, everything would have been normal.

To stem the cycle of rampant corruption in the Gambia, the long-awaited Anti-Corruption Bill should be passed by Parliament to ensure that alleged corruption cases are fully and thoroughly investigated and that those found wanting face the full force of the law.

Back to the airport saga, we don’t need another toothless and ineffective commission of inquiry. Instead, all the officials involved in the renovation project must be suspended immediately and questioned by the police. Anyone found guilty of dereliction of duty and corruption should be fired and prosecuted, and there must not be any sacred cows!