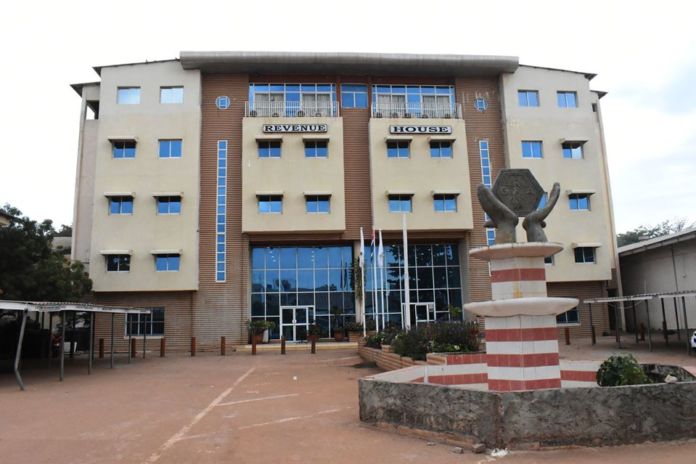 Gambia Revenue Authority has confirmed that a burglary incident occurred at its HQ in Banjul.

Reports emerged on Thursday an incident of burglary had hit the nation’s leading revenue collection institution.

The authority said in a statement Thursday afternoon: “It has come to the notice of the GRA Management that certain media outlets have been reporting a story of a burglary and theft at the office of the Deputy Commissioner General and Head of Domestic Taxes Department leading to millions of taxpayer’s monies taken away together with other office equipment.

“First and foremost, we want to salute the efforts of the media in the new Gambia in trying to keep the public well informed and helping the citizenry hold government to account. These efforts are by no means insignificant in helping us strengthen democracy and the rule of law in the country. We want to clarify certain statements made by the media for the interest of accurate reporting and to keep the public properly informed on this matter.

“We want to inform the general public that the GRA is established by an Act of the National Assembly in 2004 and has structures and checks and balances to ensure full accountability and transparency in its operations.

“Moving to the subject matter, GRA wishes to confirm that the incident of the burglary and theft at the office of the Deputy Commissioner General did take place on Thursday night, 10th September 2020. The incident was discovered the following day on Friday, 11th September 2020, when the Deputy Commissioner General reported to work in the morning and found his office upside down.

“GRA can confirm that office equipment installed in the office and a safe for keeping office items were taken away. We want to clarify that the safe is not for keeping state funds as no revenue collection responsibilities are assigned to that office. GRA can confirm that the matter was reported to the Inspector General of Police who immediately dispatched police officers from the Crime Management Unit of the Gambia Police Force who visited the office, collected evidence and opened an investigation into the matter. The matter is now under police investigation and so we will not be pushed into any making speculation on the matter as the right government agency is doing its work on the matter.

“GRA wishes to clarify that the office of the Deputy Commissioner General is not a revenue collection office neither is it an office for the safekeeping of revenues collected under the revenue laws administered by the Gambia Revenue Authority (GRA). Under the current structure of the GRA, revenue departments perform only tax administration functions and the responsibility to collect the revenues and carryout daily banking is handled by the Department of Finance and Accounting.

“All revenues collected are banked daily in line with the GRA Act, 2004. In addition to the collection and banking of revenues, there is an Internal Audit Department to ensure that all checks and balances are implemented in line with the relevant laws and procedures. The entire operations of the Authority are subjected to both internal and external audits and the submission of audited accounts and activity reports to the National Assembly.

“It should be of interest for the public to know that GRA has implemented many reforms aimed at bringing efficiency, effectiveness and best practices in tax administration. These include: as per the Central Bank regulations in place, all cash payments above hundred thousand dalasis can only be made through the commercial banks and not to GRA cashiers; through the Real Time Gross Settlement payment system, taxpayers usually issue payment advise to their commercial banks to make payments of tax on their behalf by making direct transfers from their accounts to the GRA revenue collection accounts at the Central Bank of The Gambia; GRA has entered into Memorandum of Understanding (MoU) with most of the commercial banks in the country.

“Through these MoUs the Authority deployed its IT systems, namely the GamTaxNet and ASYCUDA++ to the partner banks allowing their customers to make tax and customs payments at the banks. The banks are enabled with these systems to collect revenues on behalf of GRA, issue payment receipts to taxpayers and transfer all funds to the GRA revenue collection accounts at the Central Bank of The Gambia.

“In conclusion, we want to thank the media for partnering with the national revenue collection agency in our sensitization and education programs geared towards national development. While GRA desists from making comments during the investigation of this matter, we kindly urge the general public to provide any information that will assist the Police in their investigations. In the same vein we want the media to be responsible and hold itself to account by desisting from misinformation and sensational journalism. The GRA Management is surprised that the on-line media who have worked on this story made no attempts to corroborate their information with statements from GRA.”