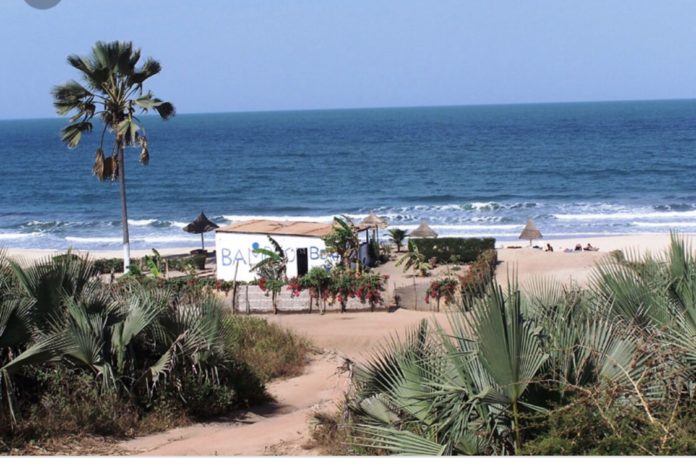 It has been two years since I last visited the old country — The Gambia. In both 2015 and 2016, respectively, I visited my grandparents in Tujereng, Kombo South, West Coast Region. I have uncles, aunts, cousins, friends – who still live there; my mom owns property there, and know many of the families in the village. My mom’s family moved there from Ngumen village, Senegal, about 10 miles or some such from Baddibou, by the way of Lion House, Serekunda – many decades ago. Anyway, I had fond memories of Tujereng, I spent a summer holiday there after my 9th grade exams – and it was probably the best time of my life; it was always an interesting place, growing up, we would go and visit my maternal grandparents and the extended family once a month; we would also go to my mom’s big orchard to get some oranges, mangoes, among other fruits. In many ways, Tujereng, like Churchill’s Town and Banjul, is also home.

During my most recent visit to Tujereng, I was hit with the latest developments — brimming with new buildings, cars, people. It was a really fascinating sight, totally different from the Tujereng I left when I left for the States. Also,  I observed a very disturbing trend among the landed villagers, those who inherited land from their parents and whatnot. I intentionally use the word disturbing, because, years ago, the land they used for farming is now mostly real estate, they have pretty much, especially the land around the coast — from Batakunku to the Sanyang edge — cashed out on all of the land, and leaving little or nothing for their offsprings to farm on or build their own houses. Most of the land is now a 30x30m, 25x25m, 15x15m prospect.

This new generation of Tujereng kids, unlike their parents and grandparents, are most likely going to grow up without agricultural land or no land at all, because their parents have decided to make dough out of their ancestral lands; lands that were the lynchpin of this wonderful community. This new generation is what I’ve dubbed the “disinherited class” – who are going to grow up, seeing bungalows, story buildings, and beautiful self-containers, occupying their ancestral lands. This new class — the disinherited — are going to grow up sans land to fall back on for survival when times are hard, like their great-grandparents, grandparents, and their fathers did before them. The family land used to be the safety net for many of these families; and in a generation, this would be, without a doubt, no more, for the the safety net would bottom out.  I think it is also safe to say this new shift would also spell the end of subsistence farming in Tujereng.

This, notwithstanding, I think, is going to create a great schism in years to come when the “disinherited class” become landless, because they have no home to go back to, because the family compound is the only thing that Daddy left behind, which is going to be rationed among 20 other siblings, because most of the money Daddy gotten from the real estate sales, were not saved up for the children; some spent it on new brides, some on material things; some even renovated their “Banku-Bungho” into very fine “self-containers”, sprawling the family compound with over a dozen children, all of whom, are also going to fall under this “disinherited class”.  This is not a pejorative piece – nor does it mean that all the landed folks in Tujereng are cashing out on their ancestral land – because, I know and had conversations with some, that have planned out, saved up some of the money; some have already even shared some of the land among their children. Also, some of them have also sold family land to send some of their kids on the backway journey – with the hopes of them sending remittances. With the uncertainty surrounding the backway migrants in Europe, what is going to happen if these kids are returned back to The Gambia?

A decade or two from now, the destruction of the safety net — land — would be absolutely complete. Tujereng, like most of the coastal villages, now towns, on the southwest coast of The Gambia – would have to rethink how they are going to tackle this new conundrum, because, the Tujereng of old, is on its way to abeyance. I hope the leaders of the village are planning wisely, because, if not, this would have devastating, cascading ramifications in a decade or two. Is the government of The Gambia making any forecasting, projections, any ideas on how this demographic shift in villages like Tujereng, Brufut, etc., are going to affect this new “disinherited” class? How is this going to affect the family dynamic in a village like Tujereng, where, just a decade ago, even the poor used to be offered a piece of land to live and farm on during the rainy season, when the entire land is now ripe for real estate developers, dripping with “Semester-Dollars’, and the nouveau riche? What does all of this foretell?

There is no need for theorizing. The answers are knowable.