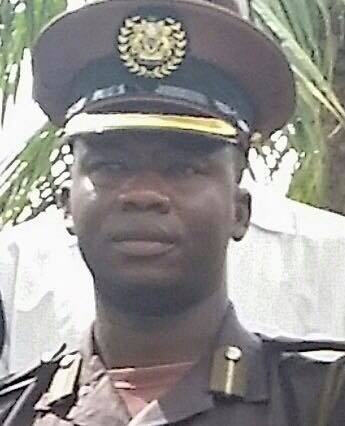 The Gambia Government has recently contracted Semlex, a Belgian Company to issue the national identity ID Cards amid controversy surrounding the company’s integrity and high prices set for the national document. The Company has been involved in several corruption allegations that injects fear in many Gambians as to whether the country’s national data is safe with them.

ASP Mamanding S Dibba, Immigration Spokesperson told The Fatu Network that the country’s Immigration Department has not fixed the fees for the new ID Cards.

“Iam not in a position to tell who fixed the fees to D450 Dalasi,” he added.

Spokesperson Dibba further said that the department was only responsible for implementing the programmes assigned to them.

The Interior Minister and Immigration Director General were on Tuesday, summoned by the National Assembly Select Committee on Security Matters to look into the integrity of the contract, the alleged corruption associated with it and the security of the national document in their hands. It was a close door meeting that lasted for several hours.

“I don’t have answers to your questions at the moment,” PS Tangara told The Fatu Network.

The Interior PS referred this reporter to the Immigration Spokesperson, saying the questions raised are technical matters.

Many concerned Gambians home and abroad are calling on citizens to boycott the ID Cards from Semlex Company.

“Given that the government of The Gambia recently declared that there will be food shortage this year due to poor rains…it is absolutely insensitive to tell citizens to spend D450 Dalasi to acquire an ID Card,” Tha Scribbler, a concern Gambian wrote.

“Bear in mind that ID cards are renewed every 5 years. This means for the duration of our entire lives we will all comeback again every 5 years to pay D450 Dalasi for this document.”

Jobarteh predicted the possibility of doubling the ID Card prices in 10 years to D900 Dalasi.

The ID Card fees initially was D250 Dalasi until it was recently increased to D450 Dalasi. Apart from the 200℅ increment, it is also believed that there are companies in the country that can do the job at low cost.

Meanwhile, the issuing of ID Cards is slated for the 1st October, 2018.