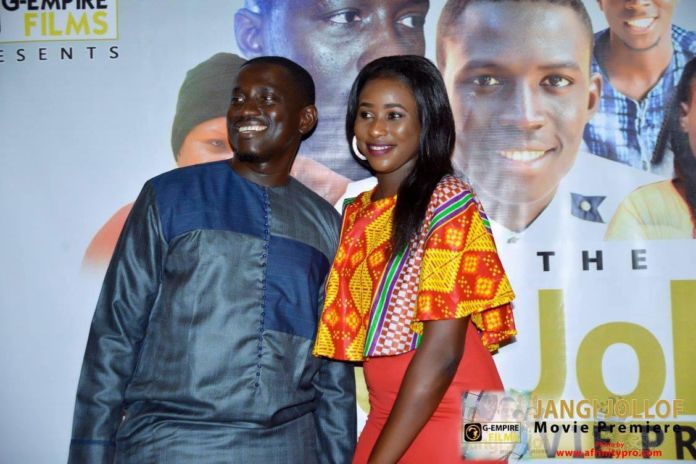 The sudden demise of Sise Jaha Sawaneh hit me like a thunderbolt. The news is completely devastating and I know for sure that most people who know her feel the same way. The Gambia has lost one of her brightest minds. Indeed a young person was never more determined, passionate and persistent in their quest for self-fulfillment and excellence than Sise Sawaneh.

It is indeed a loss to the nation, the global women’s empowerment sorority, her tribe, the Sarahullehs in The Gambia and the world over; but this is a personal loss for me as well. I enjoy our traditional joking relationship called ‘sawnawyaa’ with different segments and regions of our society, but the one I share with the Sarhulleh community, as a Badibunka, is peerless; with Soninkara, my jokes with them are underpinned by a deep sense of mutual admiration, respect and genuine love.

I would throw jibes at the Sarahullehs in general and I would reserve my worst jibes for Sise Sawaneh, but she was always up to the task; always ready to take me on as if the Sarahulleh community had appointed her specifically to defend them against my ‘attacks’.

This became a jovial phenomenon on social media for the thousands of people who follow both of us. I would wake up in the morning and go to Facebook just to see what Sise was talking about and I would pitch a fight by either disagreeing with her posts to generate a debate or just criticise her where everyone else was praising her and the usual back-and-forth would begin. The ‘referees’ in these ‘fights’ like our mutual friends B.K Sillah, and the most affable Musa Sissoho, would occasionally come to her defence with Musa bringing in his classic rephrain “Mr President, Sise is our Sarahulleh Queen” and we would all laugh out loud.

Her post on my last birthday was a classic ‘revenge’ and our mutual friends had a good laugh at me: Happy birthday to the ‘most annoying’ man in The Gambia, Momodou Sabally. But wait. He is from Badibu d that tells a lot…” the hashtag she used to end this this post with was hilarious #BataraLemeh

This has been my relationship with Sise both online and offline. When we recently met at a book launch where she was chairperson of the occasion and I was the guest of honour and launcher, we started off with a little ‘fight’ and then at the end of the event I walked to her and heartily congratulated  her for the brilliant job she did moderating the event. She expressed her surprise saying “Wow. It means a lot coming from you.” As usual I would tell her that I am a fair analyst and would give credit where it is due but I would not end without telling her once again “the compliment is just for today, our fight continues tomorrow, you foolish Sarahulleh girl.”

Beyond the perennial jokes, I had deep respect for Sise and she knew that. My first encounter with her happened when I assumed the job of Director General of the State Broadcaster, GRTS, where she worked as journalist at Radio Gambia. She would come to my office to seek support for her many programmes and I would always grant that support.

Sise was passionate about girls’ education, women’s empowerment in general and the fight against child marriage and all sorts of violence against women. She participated in forums at home and around the world concerning these topical issues and any observer would concluded that she gave it her all.

She is Sarahulleh and she is proud of her heritage and her community. She was always in the forefront in events organized by her community. She was there pushing for sports development through their annual Soninkara Football Tournament where I was a regular guest of honour. Sise was always present at their cultural events. She pushed the business interests of her fellow tribesmen and women. Her love for the Sarhullehs and anything Soninkara was quite evident for she demonstrated her love and passion in any such matters and rightly so. Where she disagreed with certain aspects of her culture she did not hide her opposition to such matters; she spoke out loud and clear about her convictions. Sise was a hero and will forever be remembered we as one.

She was a trailblazer in many ways and one of my staple jibes with her goes like this “Oh Sise am so proud of you, you are a rare breed. A Sarahulleh girl who is educated; is a sports journalist and has actually won awards as a journalist. Truly you are special!” Sise would laugh and as expected she would find a way of getting even by throwing some joke at my people, the Badibunkas.

Life as a young professional in our country is always difficult. Perhaps it could be described by the words of Bob Marley in his song “I shot the sherif” where he laments “Every time I plant a seed … He said kill them before they grow!”

Without a doubt Sise had her own challenges as a young professional. She was special in that she never allowed the unnecessary and undeserved obstacles in her path to discourage her. She was a fighter, a real go-getter. During my tenure as head of GRTS  she did her best to make sure her dreams in terms of programme ideas came to life. One such objective was to initiate the first ever tv programme in Sarahulleh. When she proposed a news magazine programme titled “May Fahamundeh”, I gave her immediate approval; and as I was wont to do, I threw away all the usual red tape and made sure the programme hit the screen in a few days.

When the day came to launch this programme, the Sarhulleh community came to our tv headquarters in full support as Sise and her fellow young  Sarahulleh broadcasters at GRTS hosted the new programme live. It was a massive success to the delight of the Sarahulleh community in The Gambia, the diaspora and other countries in the subregion.

Within the short span of time she lived in this world, Sise has achieved quite a lot for herself; but what is impressive and inspiring is that she worked hard to make sure others coming behind her also have opportunities to excel.

When another beloved Sarahulleh friend of mine, Yunus Sillah, recently invited me as guest speaker during his school’s graduation, I posted some pictures where I was speaking to the graduating class. When Sise saw the photos, she was excited by one aspect: the many young girls she saw graduating. She downloaded that picture and she stated triumphantly “I am so impressed with the number of Serahule girls graduating from high school…” she then ended her post with this proclamation of hope: “The future is bright, let’s make sure more girls are educated. My people are getting it right.”

Sise lived her life with great passion and she has lit a torch to diffuse a lot of darkness in our society. She wasted no time but went ahead to boldly assert her ideas at home and abroad. She worked hard in the service of humanity and (to use the words of the poet Henry Wadsworth Longfellow ) she has left behind her inspiring “footprints in the sands of time.”

May Allah forgive her and grant her eternal respite in the palatial halls of Jannatul Firdaus.