Fish price: Retailers point fingers at wholesalers – but the wholesalers also push the blame to the fishermen 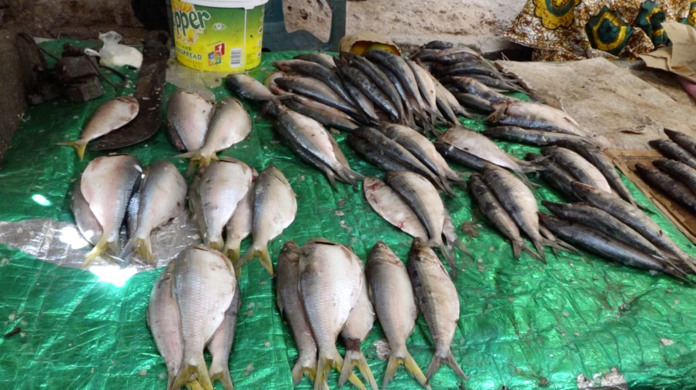 Fish is becoming more and more expensive in The Gambia pushing families to the brink regarding their daily nutritional needs.

From the Greater Banjul Area to the North Bank Region to other regions of the country, the reality is quite grim.

“The price at which fish wholesalers charge us for the fish is very unfavourable and this is why fish became unreasonably expensive in the market. They have doubled the prices of almost every type of fish,” Amie Jallow a fish retailer at Farafenni market tells The Fatu Network.

“The solution would be for them to sell the fish at a reasonable price so that we can get rid of this vagabond price on fish because it makes no sense at all.”

Her colleague Kani Touray says their hands are tied when it comes to pricing of fish.

“It is sad that our customers complain everyday about the fish, but what can we do?” she adds.

But a fish wholesaler Momodou Mboob who came to the market to collect his money from the women fish vendors says they are not to be blamed for the disturbing prices.

“We cannot be blamed for the escalating fish price in the market. There was a time when we would secure fish at a reasonable price but that is no longer the case. Go to Tanje fishing site and ask the fishermen the reason behind the unreasonable price of fish,” Mboob says.

Meanwhile, a fisherman at Tanje fishing landing site concedes to the price increase on fish but discloses fuel cost was driving it.

Alagie Jarju says: “The price of fish is the concern of all regardless of whom or what you are. It is expensive but I can tell you it’s not our fault.

“Fuel is the major problem, it is expensive and this is why our charge on fish had increased. Few years back I would spend D2000 on fuel for an entire day but now it’s doubled.”