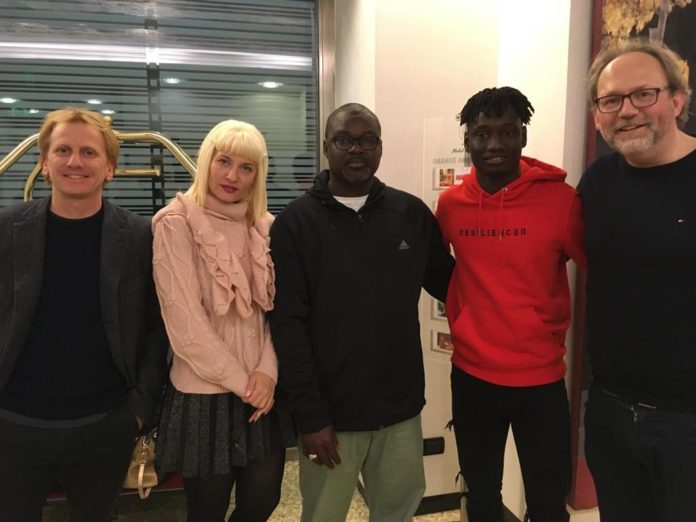 It was 30 minutes into a decisive Europa League match at the Stadio Olympico. Roma was playing host to Manchester United with a slim chance of securing a place in the Gdansk final of May 26. But as Roma rose from its ruins to secure an improbable and a memorable Champions League comeback win over FC Barcelona to reach the 2018 semifinals, you would be forgiven to think that they can overturn another European death sentence.

Without the “Greek God,” [Drurry, 2018], in Manolas marshaling their defense, overturning a 6-2 deficit from Old Trafford seven days earlier was always going to be a tall order. The Roman soldiers though kept believing, especially with every playing staff hoping to use the final few matches left off the Italian season to convince the not-so-longer special one, Jose Mourinho that they deserve a place in his squad for the 2021/22 season.

However, with just half an hour on the clock, they suffered a major setback as English defender Chris Smalling was riding in agony on the floor of the pitch and had to be replaced with a suspected hamstring. Outgoing Portuguese Coach Paulo Fonseca would be forgiven to be tempted by a like-for-like substitution but instead opted for a youngster who only made his professional debut for the Giallorossi four days earlier coming off the bench for the final eight minutes of a 2-0 defeat to Sampdoria.

His name is Ebrima Darboe, born and brought up in the Kanifing suburb of Bakoteh Estate in The Gambia, West Africa. His father was Jamba Darboe who hailed from Sankandi and the son of Jainaba Njie from Jifarong, both in the Kiang West District of the Lower River Region. Following the death of Jamba, he was left in the care of Kebba, the dad’s younger brother who married Jainaba. An unaccompanied migrant to Italy through the Mediterranean as a 14-year-old, to be thrown into the deep end in a critical European match, this is a remarkable story, but one that shows the level in confidence in the youngster and how far he has come.

Roma won 3-2 on the night but there would be no repeat of the 2018 feat in the Roman capital as they exited the competition 8-5 on aggregate. However, the Gambian, who will celebrate his 20th birthday on June 1, with an impending debut for the Scorpions, bossed the midfield like a veteran. He was magisterial, and showed a great maturity and a composure against a Red Devils side boosting top internationals in Bruno Fernandes, Paul Pogba and Donny van de Beek.

At 19 years, 11 months and 5 days, he became the youngest Gambian to ever play in a European Cup match. In his 63 minutes on the pitch, he had 54 touches of the ball with a pass accuracy of 95%, four attempted dribbles (the highest of the match), 10 ground duels won and two interceptions with one block. These are stats even Real Madrid’s midfield pass maestro Toni Kross would be proud of.

Ebrima has three other siblings, two girls and a boy and started his career with Jintos Academy who later merged to form the Bakoteh United Academy. He was too young to play league football in The Gambia but his former coach Abdou Touray, wasn’t surprised with his achievement. He played as an offensive midfielder, and much to the amusement of Touray, EB is now a combative defensive midfielder.

Having lost his father few years before he embarked on the perilous journey through the deadly incubator of Western civilization, his story is proved that hard work indeed pays off. His debut was 19 months in the making. He was first included in Roma’s match-day squad in October 2019 but waited on May 2, 2021 to finally achieved a lifelong dream of making it as a professional.

“It’s indescribable, I don’t even know how I could explain what I’m feeling. I am grateful to play a big part today against Manchester United. It has been a long and tough journey but passion and determination saw me through,” Darboe said afterwards. “We always try to train to the max when we’re working with the first team. The coach told me I am good, so just have to play it simple and think as if I’m in a training session. I tried to do that and help the team.”

Darboe first arrived in Italy on a risky boat four years ago from Libya and was assigned to a social worker. His life would change forever when he met a scout called Miriam Petruzzi who welcomed him into her family. Following a successful trial with Roma in early 2019, he was handed a first professional contract by the Giallorossi in July that same year.

Jainaba Njie is a Gambian rice pudding dessert recipe seller, locally called ‘Naan Mbour’ and the thought of her son as a footballer was never an option. He denied him his passion and would send him on errands to pound the rice all in the name of putting the brakes on his passion for the game. Her aunty Sally Njie today made fun of a moment when she rebuffed his request to buy a football boot for D2,000:00, dismissing him as mentally imbalanced. But an undeterred Ebrima wouldn’t budge, especially when he had the support of his father who until his death was the only member of the family encouraging him to follow his passion with football gifts every other month.

“Ebrima’s success gives me bags of mixed feelings. How I wished his father were to be alive today to witness what he has turned out to be,” a very emotional Jainaba Njie wept as she relived the ordeal the family went through.

Ebrima’s junior brother Alhaji Lamin, plays for Universal Sporting Boys, a third division team in the Kanifing regional league and is a key member of the team that currently lies joint top of the 10-team Group A standings. And because of EB’s success, Jainaba is no longer in doubt what she has to do. “I’ll offer his brother all the support he needs to become a successful football because Ebrima’s success has changed my perception about football.”

But even before he got into the limelight and the whole world would know about him, he was already under the radar of The Gambia Football Federation (GFF). The President, Mr. Lamin Kaba Bajo and Head Coach Tom Saintfiet visited him in January 2019 and had already been in the Saint’s plans. He was part of the preliminary squad for March’s decisive qualifiers to Angola and DR Congo but missed out through injury. However, having spoken to the player last month, Tom disclosed he’ll be part of the team in the upcoming training camp.

“It’s actually fantastic to see a 19-year-old boy, [a] good player making his debut in Serie A in Italy for a big club like AS Roma and a few days later making his debut in the Europa League in the semifinals against Manchester United and playing very good. I think we can be very proud as Gambians to have quality players like him and the maturity he had on the pitch,” Saintfiet told www.gambiaff.org.

“His passing, both the short and long passes, his even coaching skills on the pitch, his ball recovery were really very nice to see. He has a bright future and I’m sure he will help us in our ambitions. I’m very proud of him and I think every Gambian should be proud of him too. It’s not easy when you’re that age to play Manchester United in the semifinals where the whole world was watching you but he played with so much maturity and confidence and with so much accuracy is really impressive. I’m looking forward to seeing him in the training camp in few weeks’ time and he’ll also make his debut for us.”

With just four matches before the end of the Serie A season, Roma will most likely not play European football next season as they currently lie an unassailable 14 points adrift of the last Champions League qualification spot and nine behind city rivals Lazio in the final Europa League place.

Thus, Jose Mourinho’s first season would be a transition year at the Stadio Olympico. And with his proven record for rewarding hard work and giving African players the opportunity to flourish, Darboe could be a key member of the Roma squad as he hopes to fully graduate from the youth ranks and integrate into the first team. These prospects have made him dare to dream of making an AFCON appearance in Cameroon next year.

“The big dream is to win trophies for Roma and help my country The Gambia at the next AFCON. I want to thank all those who have supported me through this journey and I promise to make all of you proud throughout my career.”

These are big dreams for a young lad who has less than 80 minutes of professional football under his belt. But whether he can go on to fulfill his protégé status to becoming an established professional for many years, only time will tell. However, one thing is certain, the boy from Bakoteh has the talent, desire, determination and commitment to make it to the top.