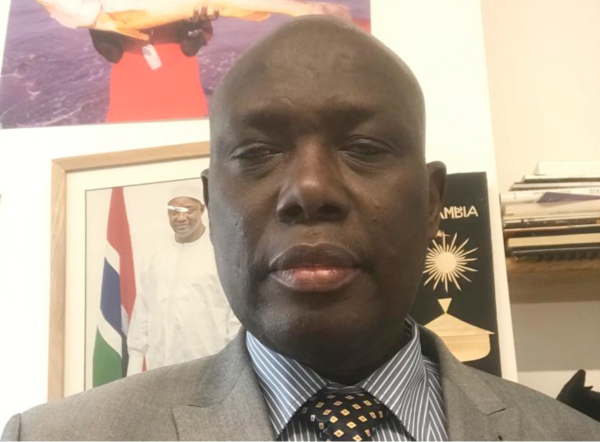 The Director General (DG) of  Gambia Radio and Television Services (GRTS), Mr. Malick Jeng, has showered praises on President Adama Barrow and his government for providing the national broadcaster with a new set of transmitters for both radio and television.

In a press release dated 23rd November 2021. DG Jeng confirmed that the said equipment has already been delivered to the GRTS offices.

He said the equipment was purchased from a government allocation of 36 million dalasi (about 680 thousand United States dollars) to the state broadcaster, being part of a supplementary budget allocation approved by the National Assembly on 28th July this year.

DG Jeng noted that the development comes at a time when all GRTS transmitters are operating below half power, emphasizing that the said equipment will enable the national broadcaster to improve its public service delivery to communities across The Gambia.

He disclosed that the new equipment will be installed at four of GRTS’ transmitter stations, namely:  Abuko, Mansakonko, Bansang and Basse, adding that a second consignment of transmitters expected in the near future will replace the equipment at two other stations, Kanilai and Kudang, as well as equip two new stations proposed for Kaur and Kerewan.

In his statement, the Chairperson of the GRTS Board of Directors, Mrs. Fatou Jagne Senghore said: “As part of the efforts to reposition and transform GRTS into a truly public service broadcaster, it is critical that the institution be fully equipped to cover the whole of The Gambia and provide better services to Gambians.”

The Director General of GRTS also disclosed that in addition to the transmitters, GRTS also purchased Television cameras, new Pickup vehicles and a mobile studio. He also thanked all staff of GRTS for their hard work and dedication.