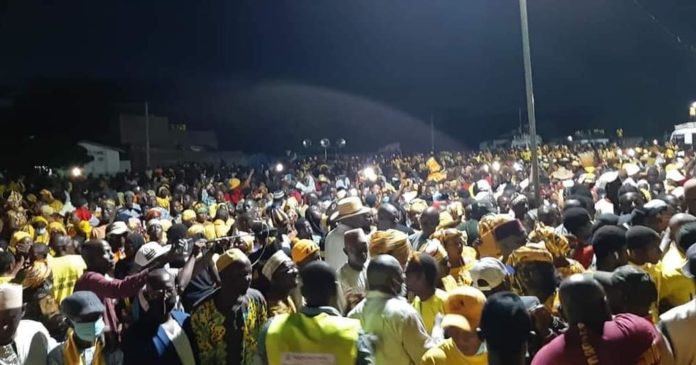 There was no shortage of love as Mr Darboe entered Busumbala on Saturday evening.

As the December presidential election gets ever closer, aspirants are locked in frantic efforts of engaging voters. UDP is one of the country’s biggest political parties and thousands turned up at the rally. Speaking to supporters, Mr Darboe insisted all those attending the meeting were doing so because of their love for UDP.

Gambians earlier this year got registered by the IEC for the presidential election. Mr Darboe said the voter’s card is what both removes and puts a leader in office.

Mr Darboe also hit out at those accusing UDP of being a tribalist party and challenged them to produce evidence.

New UDP member Ramou Sabally who fronted efforts regarding the Busumbala rally called on the youth of the nation to save Gambia. UDP will now turn their attention to the Sukuta meeting on Saturday.