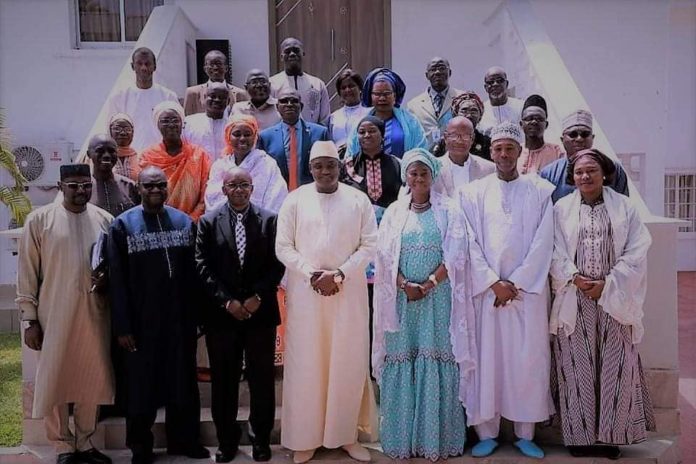 The Constitutional Review Commission (CRC) has conducted successful meetings with key stakeholders in the country. The series of stakeholder consultations began on 12th of May, 2019 with Political Parties and it was followed by the Legislature, the Judiciary, the Executive, the Office of the Ombudsman, the National Human Rights Commission, Security Services, the Independent Electoral Commission and the Land Commission.

The meetings were aimed at eliciting the views and aspirations of key stakeholders in specific constitutional provisions as part of the review process. The CRC was established by an Act of the National Assembly to prepare a new constitution for the Republic of The Gambia and to prepare a report in relation to the draft Constitution.

During its meeting with the Executive at State House in Banjul on Thursday 16th May, 2019, President Adama Barrow commended the Commission for its commitment in achieving the objectives of its mandate. ‘I think it is very important that we consult as a country. We (the Executive) are independent and will not interfere with your work, but we are citizens also and we have opinions, too,’ he noted.

He emphasized the need to build a constitution that will reflect the wishes of the people in order to for it to be generally accepted and embraced.

‘Our main objective is to build a strong foundation for democracy for this country. And this document is very important as far as that is concerned’, the President said.

Speaking at the Commission’s office on Wednesday 15th May, 2019, the Chief Justice Hon. Hassan B. Jallow said they look forward to seeing a constitution that would serve the test of time. He added that the rule of law is a prerequisite for a peaceful society and hailed the CRC for the approach it is  employing in seeking the views and aspirations of Gambians.

Reacting to CRC Dialogue with key stakeholders, Chairman of the Constitutional Review Commission, Justice Cherno Sulayman said: “The CRC recognized from the inception of its work that it needed to consult with Gambians and other key stakeholders in designing and developing a new Constitution for The Gambia. We have received full support on our approach and all persons and institutions we’ve consulted with thus far have taken the consultation process seriously and, as a consequence, have added value to the CRC’s work. We are truly grateful for the level and quality of public participation, no less that received from key Government institutions.”