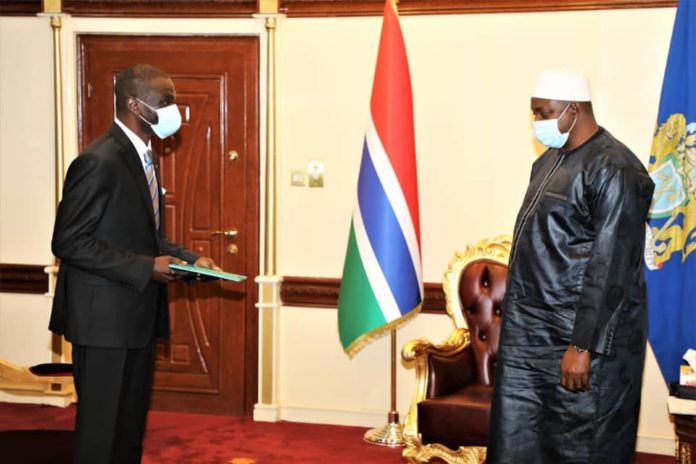 According to State House in a statement, both diplomats extolled The Gambia’s “cordial relations with their various countries while expressing the commitment to strengthening the cooperation in the areas of education, business, food and security, economy, Tourism, and Culture”.

State House said: “President Barrow said he was honoured to receive H.E. General Sekou Toure, the Ivorian Ambassador to the Gambia, to build on the historical ties between The Gambia and Cote d’Ivoire. He conveyed his congratulations to the Ivorian President, H.E Alassane Ouattara for his re-election and commended the people for maintaining stability in the state of West Africa under his leadership, thus demonstrating the trust that Ivoirians have in him.

“In another engagement, President Barrow received the Italian Ambassador to The Gambia, H.E Giovanni Umberto De Vito. He commended the current good ties and appreciated the support provided to the Gambia by the Republic of Italy through the European Union and at the bilateral level.

“President Barrow acknowledged the management of illegal migration by Italy by promoting and legally integrating Gambian migrants into Italian society. He told the Ambassador of the importance of the remittances migrants contribute back to The Gambia to help sustain families. The President urged Ambassador De Vito to invite Italian companies to invest in the construction industry.

“On global issues, the President urged the G20 to cancel developed countries’ debts to allow countries such as The Gambia to spend 60% of their income in developing their infrastructure to tackle poverty and improve the working conditions of workers.”