Connection to the Real World: Revelation is Revealed. 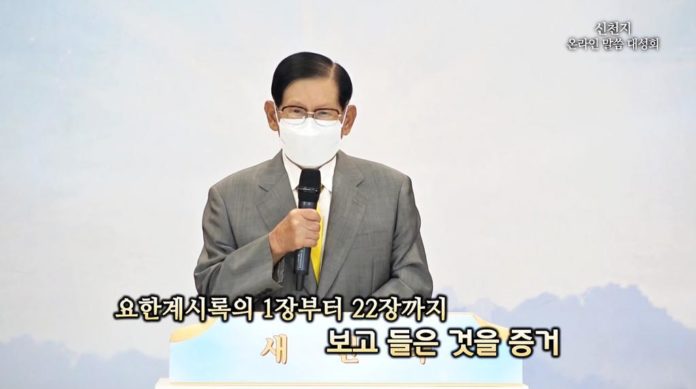 Amid the rise of uncertainty about the present and future of humanity triggered by the pandemic, COVID misinformation, including the lack of trust in the medical field and misunderstanding in the religious world, increases various concerns in daily life.

In the United States, rumors are circulating that the COVID vaccine is the “mark of the beast.” This apocalyptic biblical term is from Revelation 13 and is usually interpreted as being attached to Satan and subsequently diverging from God. Additionally, people regardless of religious background frequently encounter the question – does the COVID-19 signify “the end of the earth?” 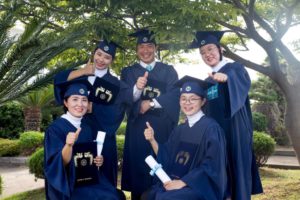 Shincheonji Church of Jesus, the Temple of the Tabernacle of the Testimony, announced that it will hold a round of weekly seminars titled, “Testimony on Prophecy and Fulfillment of Revelation, God’s New Covenant” from October 18th to December 27th.

The seminars, broadcasting live on YouTube, will provide explanation of prophecies recorded from every chapter of Revelation based on the 5W1H (who, what, when, where, why, how) method. The lecturers include Chairman Lee Man-hee, who has said that he is a witness who saw and heard all the events of the book physically fulfilled in the real world (Revelation 22:16).

Previously, the Shincheonji Online Bible Seminar held in August attracted 1,700 pastors and 28,000 people globally. “The number of participants at this time reflects their interest and effort to understand the words of Revelation consistently with the words of the rest of the books of the Bible,” said Mr. Kim Shin-chang, General Director of the International Mission Department of Shincheonji Church. 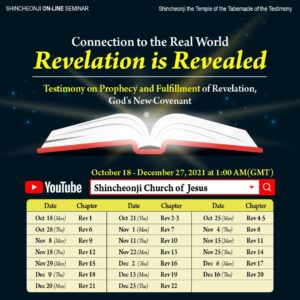 The Shincheonji Church also added that the book of Revelation is written in parables and has not been explained through the real world, but instead only through human thoughts and non-biblical speculative theories which has misguided believers and instigated social disorder. The church also emphasizes that understanding the true meaning of the book of Revelation is to see how the prophecies expressed in parables have been physically fulfilled in the world today according to the Bible.

The Bible Explained: All the Verses of Revelation Are Connected to the Reality of Our Times