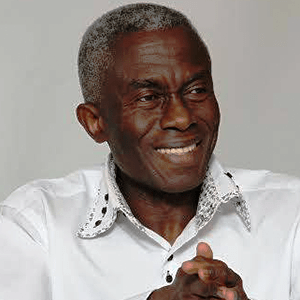 The above proverb is a fitting description of the relationship between we the people, versus the opportunist ”coalition 2016”, the fight to uproot the rotten Jammeh regime and the subsequent betrayal led by the United Democratic Party (UDP) under the watchful eyes of the agreeing Barrow presidency.

There has never been a period in the political history of the Gambian front of the African revolution that the masses were called upon to fight for social justice and liberation and they didn’t answer to the call. The most recent call, with all its contradictions, was the “3 years jotna” (3 years is up) demonstration. Despite the undercounting by the “Barrowticians”, the eye could see the meandering crowd as far as the eye can see. Another, the unforgettable crowds of “Coalition 2016”, especially on inauguration day will be forever etched in our collective memory. The oppressed masses of our people didn’t show up just for the hell of being in the crowd and television. In the history of struggle, the masses never defend abstract things, the masses are always in defense of concrete things like land, healthcare, clean water, food, decent housing, and electricity – in total, social justice. Their aspirations for genuine social and political transformation is what brings them out, not in the name of the “largest political party” or the looks of the parasitic politicians. The oppressed masses of our people want a better life than remain the “damned of the earth”.

It was we, the people, who forcefully created the “coalition 2016” while Ousainou Darboe was in jail and with an unprecedented determination, wrestled Jammeh, the beast and his Alliance for Patriotic Reorientation and Construction (APRC), to the ground. It was only after the beast was on its back that the UDP/Barrow regime became delusional that, they alone, being the mythic “largest political party”, can turn the elephant over. We can see what this petit bourgeois arrogance is continuing to cost our beloved Gambia. Now the elephant is lying rotten with opportunist maggots crawling all over the country in search of personal short term gains such as jobs, favors and access, using unscrupulous practices under the unmistakable continuation of the institutions Jammeh left behind.

Lest we forget, the declaration that the “Barrow government” was a UDP government was made at the town hall meeting in New York City on September 25, 2017 by the MC, Lamin Drammeh as Darboe and Barrow were seated on stage. A short protest ensued but the meeting continued.

Following that public declaration, “Moses” Barrow went along with every recommendation from the renegade UDP leadership in appointments of ministers, ambassadors, permanent secretaries and other positions across the spectrum of the bogus “New Gambia” administration under Barrow. This arrogance was so palpable that one need not put their finger on it to feel it. It was with total disregard for “law”, honor and integrity of the coalition 2016 that the UDP operated within, without any organized challenge from the other opportunist coalition members in the UDP/Barrow administration. With the exception of Halifa Sallah (PDOIS), the rest of the coalition 2016 representatives were busy basking in their “get rich quick” positions before the inevitable crack of the eggs they were sitting on. Eventually, the eggs started cracking one after the other as Barrow stamped his foot down to dismiss the held believe that he is an “accidental president”. As the cauldron of treachery, arrogance, and “hidden agendas” were boiling over within the UDP/Barrow regime in the making, the myth of a “new Gambia” with a “new dispensation” has evaporated into thin air.

“KNOW THEM BY THEIR FRUITS”

We must examine “coalition 2016” by the “fruits they produced” and only then will we understand that this betrayal was inevitable. Who among us, will honestly doubt that Barrow is a “fruit of UDP”? The masses of our beloved Gambia must come to the political conclusion that everybody has a history and Barrow’s history was within the UDP confines for 22 years, therefore, cannot turn out any different. The recent reckless statement by Aji Yam Secka advocating tribalism and reactionary ethnic affiliations as opposed to national unity is proof of the “fruits they produced”. Worst still are the “fruits they produced” across the spectrum of social media; their “deyamu lal Jatol” (the lions and lionesses of insults and name calling). Never has there been a stern condemnation of these virulent members of UDP from their so called leadership, instead a wink and a nod to attack, slander and destroy all critics. Based on the “fruits they produced”, the splinter UDP from the Barrow regime resorts to the treacherous RULE or RUINmentality. In other words, its UDP government or nothing!

In the absence of revolutionary politics, the masses of our people will remain dumbed-down to reactionary tribal and ethnic affiliations instead of engaging in critical analysis of the wretched social conditions and the politicians that create them.

Coalition 2016 and the other “fruits they produced” included Gambian Party for Democracy and Progress (GPDP) leader, Henry Gomez, Gambia Moral Congress (GMC) – Ahmed Mai Fatty, National Reconciliation Party (NRP) – Hamat Bah, People’s Progressive Party – Omar Jallow, National Convention Party – Dr. Lamim B. Bojang, People’s Democracy Organization for Independence and Socialism (PDOIS), Dr. Isatou Touray – Independent and Mrs. Fatoumata Tambajang, the all-around negotiator for the coalition. With all its contradictions, PDOIS and Halifa Sallah stood the tallest with principle and integrity, and refused the offer to climb the “slimy pole of success”of the UDP/Barrow regime. The next time around, be careful who you get into a coalition with.

Most of the original coalition 2016 representatives have fallen off the “slimy pole of success” without any explanations as Barrow consolidates power outside the orbits of the UDP that raised him from obscurity and to prominence, through the coalition. Ultimately, Barrow forms his own political party, National People’s Party to contest the 2021 presidential elections minus the UDP. In a recent interview, Barrow brags about the upcoming official naming ceremony of his National People’s Party in preparation to contest the 2021 presidential “selection”. Now that Barrow has access to the state coffers and armaments (police, army and junglers), coalition 2016 will be finally entombed.

How else can what is happening to Gambians in particular and Africans in general be characterized other than neocolonialism: white – masked black faces continuing the dirty work of the oppressor almost six decades after colonialism became untenable.

The above title is a simple reminder that there is a class of Africans who still want to maintain the exploitative and repressive relationships left by the white colonialists as long as they, the spineless Africans, remain in power at our expense, as we wallow in abject misery.

Neocolonialism is a historical social reality. It is a consequential continuation of the parasitic social system of colonialism and slavery of Africa and African people following the ceremonious “flag independence” of the colonies. As Kwame Nkrumah correctly stated: Neocolonialism is the last stage of imperialism”. It isresponsible for all our misery of hunger, squalor, and low life expectancy, as well as high infant and maternal mortality with no relief in sight. And it has turned Africa into a “beggardom”, never to produce and reproduce life to inspire subsequent generations with our own Africa plan, not a U.S, Chinese or Europe plans. Even Turkey and India have their Africa plans.

How many more betrayals will you endure? How much longer will you allow to be the “cannon fodder voters” for these neocolonialists to remain in power?

Therefore, the Gambian masses must begin to clearly define their class interest and break free from reactionary tribal or ethnic affiliations weaponized by the neocolonial politicians. Tribal or ethnic affiliations will never end the vicious cycle of poverty in our beloved Gambia and Africa in general but rather blind our vision for revolutionary progress. We must have the audacity to create our own revolutionary party to champion our own political and economic interest. Answer to the call of the African revolution not the continuation of neocolonialism. Neocolonialism must die if Africa and African people are to live a decent life across this planet earth. It is quite evident that the clamoring among these neocolonial politicians to climb the“slimy pole of success” isto become presidents, ministers, and permanent secretaries, with a broad spectrum of enablers to maintain the wretched neocolonial relationship. We must fling these reactionary governments off our backs. The Barrow regime has become in three short years, another classic example of a “nail without a head” government. Once the nail is driven in, it becomes a problem to remove.

After three years into the promised “new Gambia”, first under the watch of the Barrow/UDP hegemony known also as the “tactical alliance”, which has subsequently fractured into two factions, with both factions asking: “since when did it get dark that we can’t recognize each other”? They may not recognize each other in the dark but all their opportunistic hidden agendas has come to light for allGambians to see. We have seen what the 2016 coalition have become after its collapse, an outright den of opportunists, job seekers and politics as usual.

After three years of taking shots in the dark with no direction, the deliberate retention of the primary architects of the Jammeh era and its terror outfits of “junglers” and known torturers, the Barrow regime’s intention is clearly set on the same “paved road to hell”. This road to hell is being clearly manifested in the chaotic response to the COVID-19 (Corona virus) pandemic. Neocolonialism will never have a disaster plan but will continue to kill more Africans (Gambians) than AIDS, Ebola and Corona. Death to Neocolonialism!

REVOLUTION IS THE ONLY SOLUTION AGAINST TRIBALISM AND IGNORANCE!