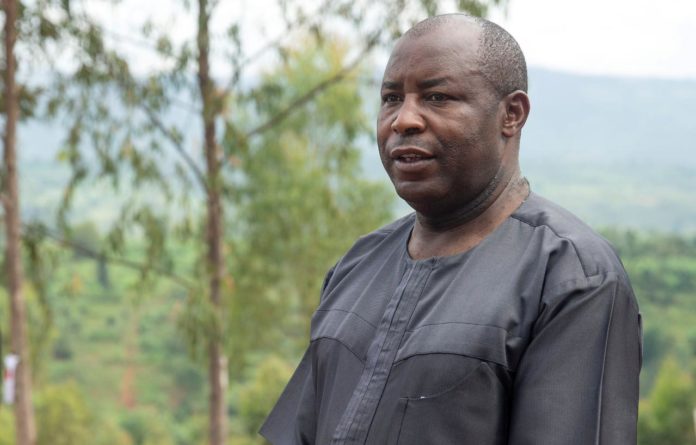 Burundi’s incoming president Evariste Ndayishimiye was sworn in on Thursday after the sudden death of predecessor Pierre Nkurunziza, and he pledged to unite a country that has been cut off by aid donors due to rampant human rights abuses.

Ndayishimiye, 52, a retired army general, won last month’s presidential election of behalf of the ruling party, defeating the opposition’s Agathon Rwasa and five others. He was due to be sworn in this August, before Nkurunziza died earlier this month.

“I will not fail the unity charter, the constitution and other laws, will uphold unity among Burundians, peace and justice for all, (and) fight the ideology of genocide and discrimination,” Ndayishimiye said while taking his oath.

His swearing-in was followed by a 21-gun salute and a military parade in a stadium filled with invited guests garbed in uniform green and white shirts, in the political capital Gitega.

The constitutional court ruled on Friday that Ndayishimiye should be sworn in immediately after Nkurunziza’s death, easing concern that powerful generals would dispute the succession.

The court also dismissed challenges to the election result from the opposition, which alleged violence and intimidation. Ndayishimiye was confirmed as the winner with 69% of votes.

Ndayishimiye headed the department of military affairs under Nkurunziza, and served as minister of the interior and security.